What Else Is In Your Shop?

I found this barn/ field find a couple of weeks ago, I’m starting the restoration of this 1939 ish Delta 14" bandsaw. The only thing that I will change from the original will be the motor. I plan on putting on a 3/4 HP industrial sewing motor that has 0 to 3400 rpm variable speed. That will give me metal cutting capabilities. 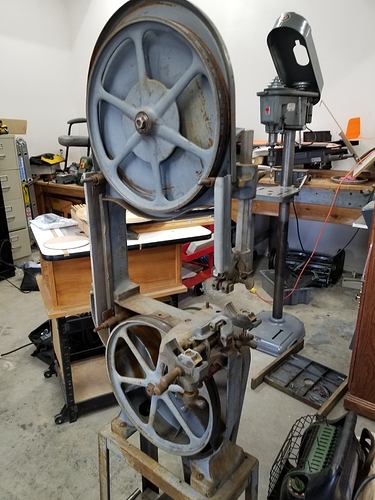 Main casting after some electrolysis and paint: 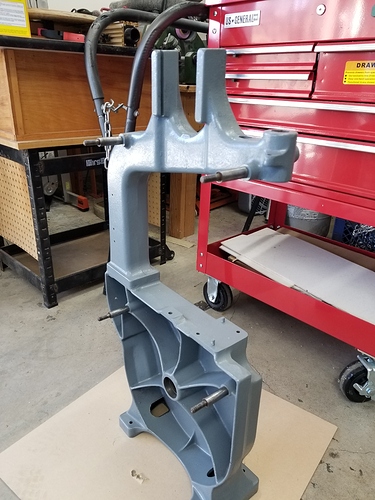 The electrolysis bath with the bottom stand:

Jimmy DiResta would be proud!

An old drill press that I was given. I bought an antique table saw from him. 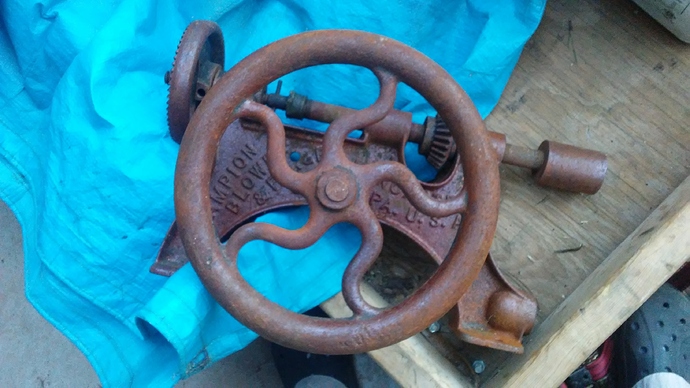 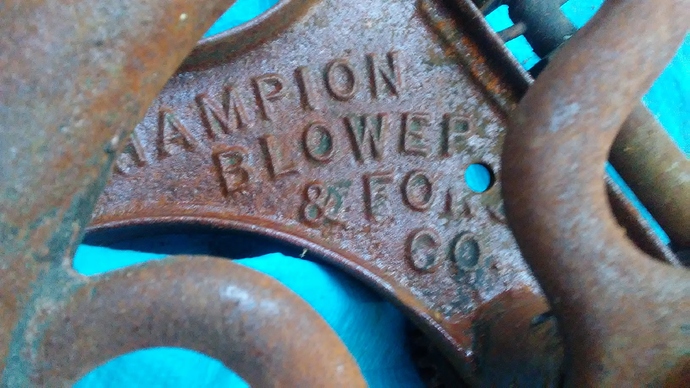 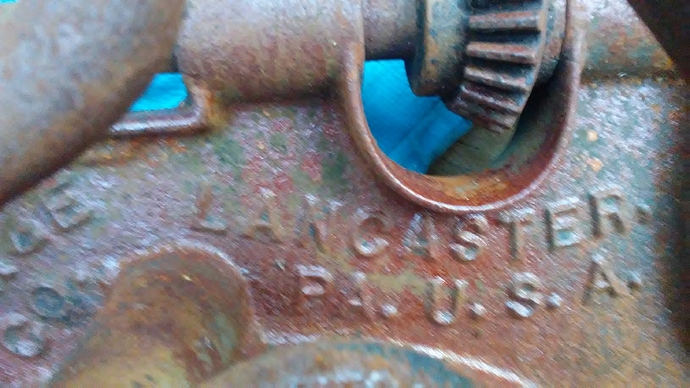 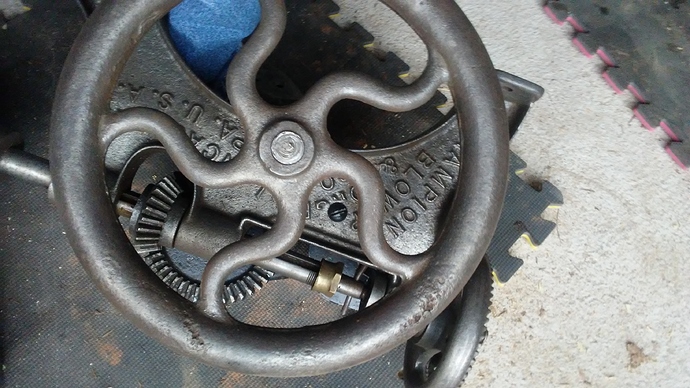 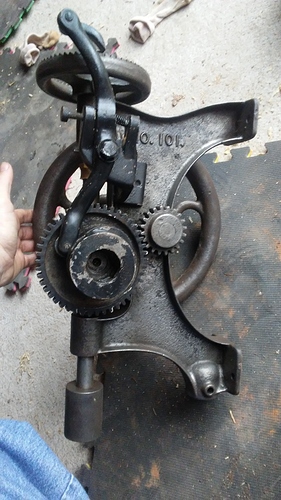 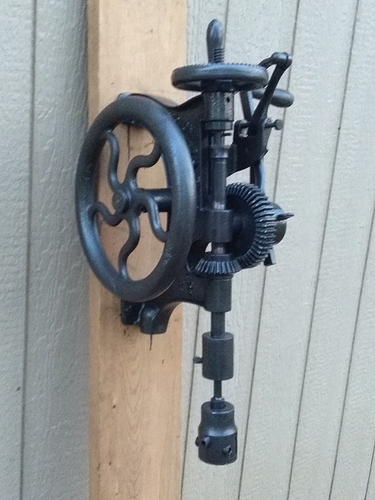 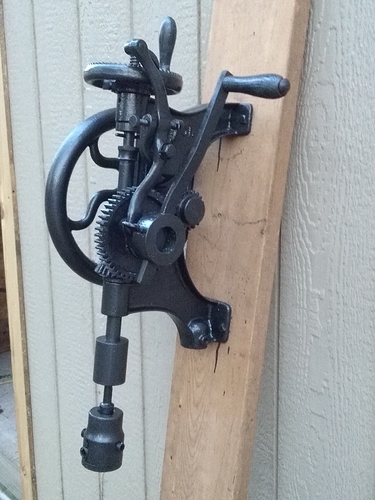 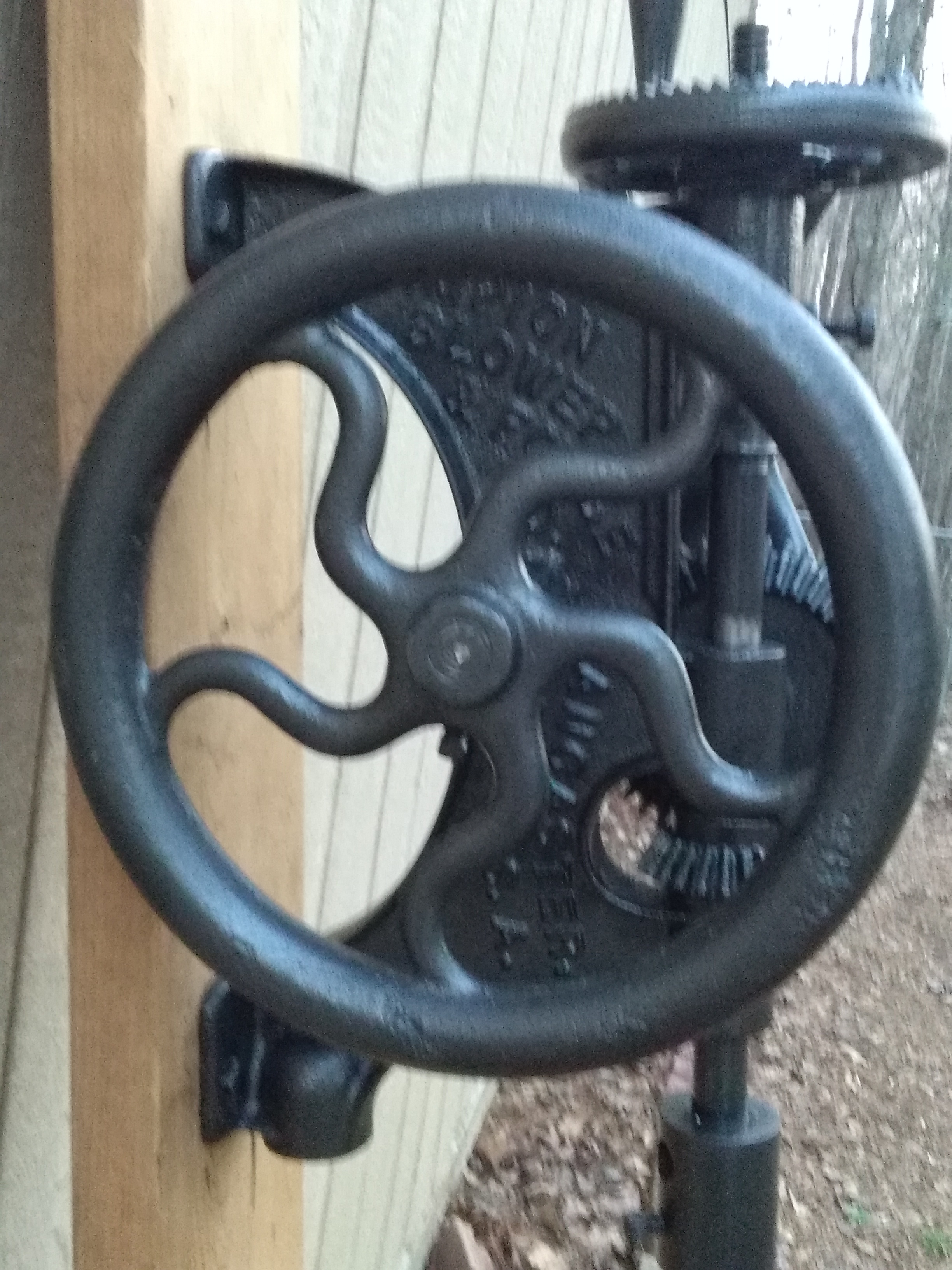 An old vise that weighs about 160 lbs. This thing is a beast. 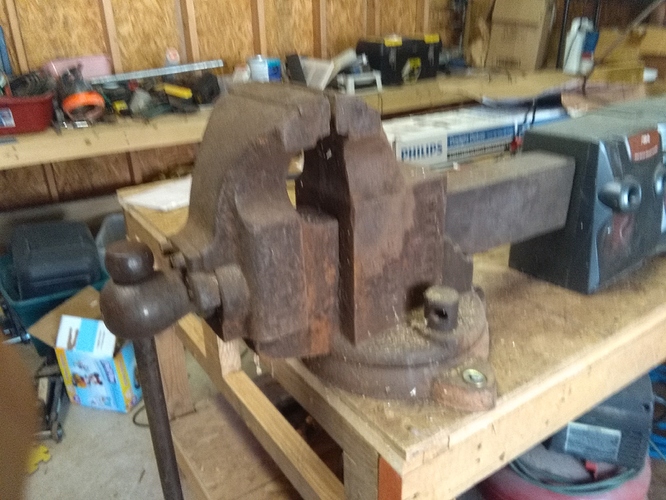 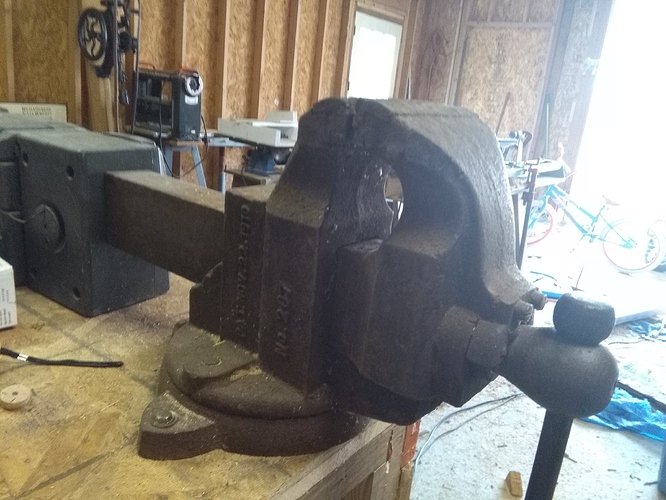 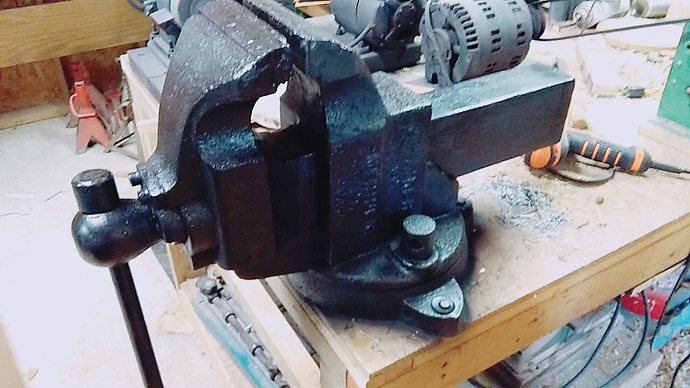 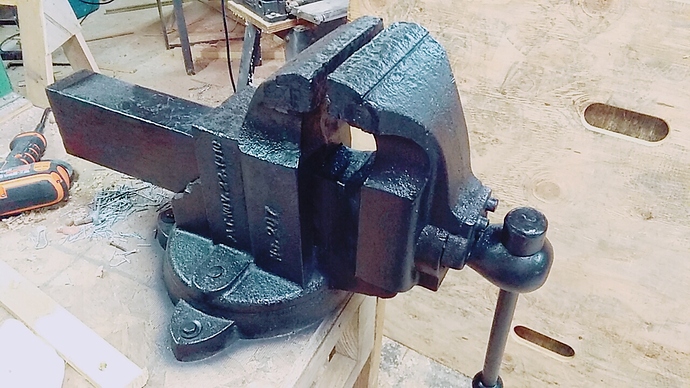 Getting closer to getting it back together. I hope to finish it next week so I get back to the Maslow. 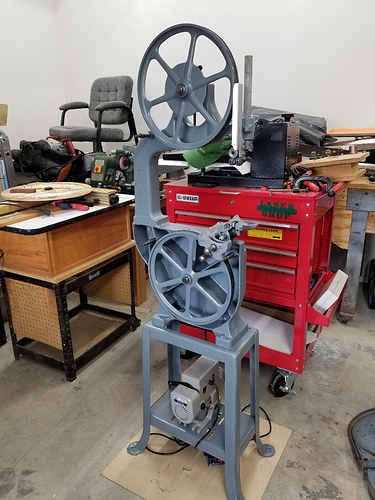 Don’t have a picture in good lighting, had to store it until the post-snow period, but I recently picked up a 1950 model Delta metal shaper (same as the Ammco) that had been completely restored. The owner also had a 10" bandsaw, drill press, and some other vintage Delta machines but could not be persuaded to part with them so they ended up loaded into the moving van.

I have a post Alabama move contractor saw from the early 80s, regretfully just missed the curved legs. I called the service department and the dies had worn out and Rockwell (that was a big recent ownership change cost cutting period) thought they were too expensive to replace. Today Delta’s just the Chang Type Industrial Company’s nameplate on imported machinery.

New tools are nice, but they have no soul or history.

Really like your bandsaw restoration! I have that same Rubbermaid stock tank; now that all the livestock are gone…

I agree the old iron just has personality. I also have a 1940s Delta/Rockwell 24" scroll saw. It has a spring loaded variable speed pulley drive system.

Bandsaw finished, made a crude pedal for the speed control, works great. The minimum speed is around 200 FPM to a max of 3000 FPM. 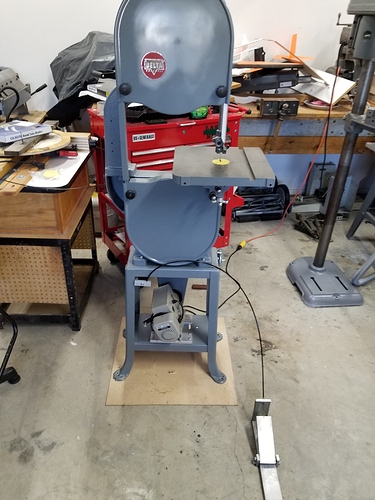