This is just an idea I want to throw out there to keep it in the public domain.

We were tossing around the idea of synchromesh cable 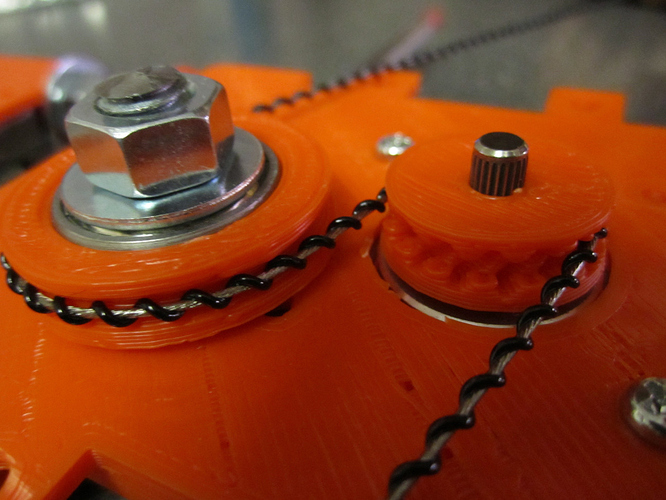 but we found that it is not manufactured with high enough accuracy for our applications.

One alternative could be to use a cord like this with stripes on it to let us read the distance: 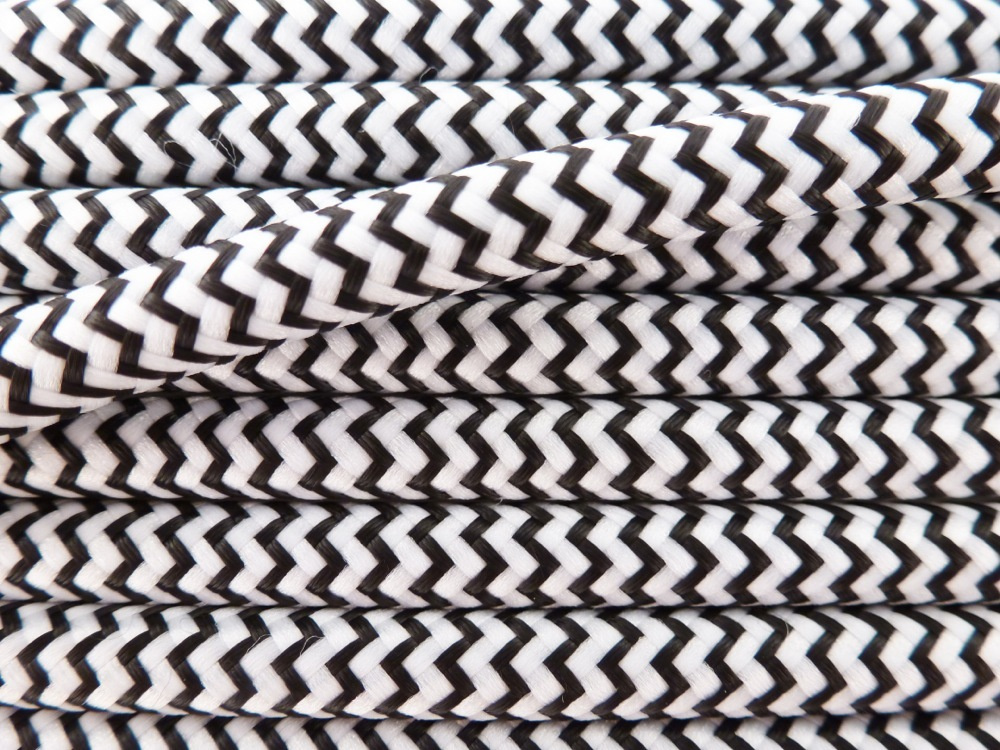 The strips alone are not close enough to read position, but coupled with an optical sensor from a computer mouse I think it could work. The stripes would give us an absolute position count, while the computer mouse is likely to drift over time, but is very precise over short distances.

Cable stretch would be a big issue.

Personally I still think pinch rollers are the easiest way to measure the length, but I thought this idea was worth keeping open anyway

take the first picture and remove the outer spiral and use the movement of the wheels as the thing to put an encoder on to measure.

you wouldn’t need to change any existing code (with it at the top), have a bobbin on the motor and don’t worry about overlap, run the steel cable through a pair of wheels like you show and have an encoder on one of the wheels.

As you pointed out earlier, there would be a reduction in resolution when tracking the cable compared to tracking the motor shaft before the gearbox. What kinds of resolution are available in the hobbyist price range? Would gearing between the pinch roller and the encoder shaft be reasonable?

4000 pulses/rev encoders are ~$20 each. that’s about half the resolution of the current encoder setup, but should be reasonable.

how tight can the steel cable turn? if you can go with a smaller diameter wheel, you can gain back the accuracy.

Where to look for those 4000 ppr encoders? I’d like to play around with one. Wouldn’t a friction roller on the encoder shaft riding against the cable wheel separate the cable minimum bend spec from the equation?

This is only 140 pound breaking force (uncomfortably close to motor output
IMHO), going to 1/16" wire rope has a breaking force of 480 pounds but a wheel
diameter of just over 2.5" 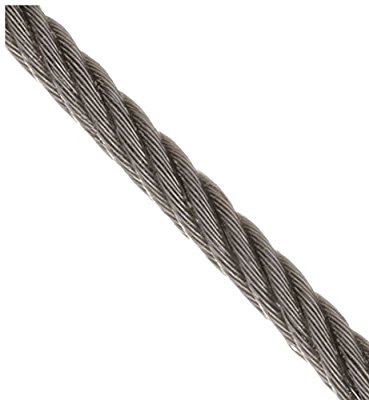 so you would want to either gear the encoder to the larger wheel, or go with
something else.

gearing to the wheel should not be that hard/

This is only 140 pound breaking force

If the cable is only used for measurement, there doesn’t need to be that much tension on it. The chains would bear the force.

Where to look for those 4000 ppr encoders? I’d like to play around with one. 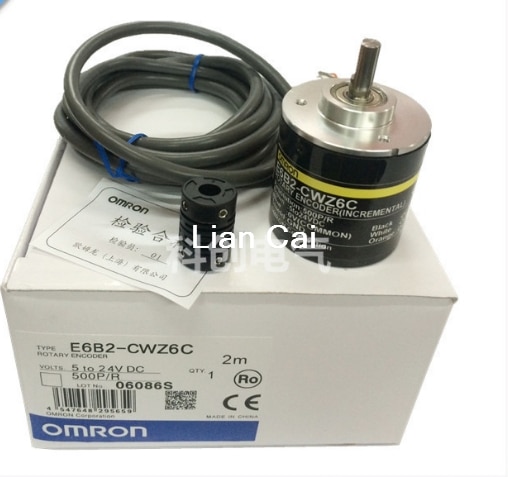 more info on this thread

Suggestions for a new encoder

Hey everyone I am thinking about upgrading the included rotary encoder that comes with odrive. The current encoder has the following specs: Encoder resolution at 2400 counts per revolution A realistic top speed of around 5,000 RPM No support for...

Wouldn’t a friction roller on the encoder shaft riding against the cable wheel
separate the cable minimum bend spec from the equation?

I was looking at putting the enoder directly on the cable wheel rather than
needing a separate one.

I thought we were talking about replacing the chains with wires, not having
both.

replacing the chains with wires

I’m chasing the other rabbit, eliminating chain stretch and sag by separating the measurement from the motion. I think the cable sag and stretch can be much less than that of the chain.

An interesting idea. A quick search didn’t find any. They scan get pretty costly, too.

A closed-loop stepper or servo drive?

Once calibrated, the only thing that will make them out of whack is a jumped sprocket.

I’ve been thinking about sag (the wife’s getting on…)

So - things to do to make things ‘better’ from a motion-control perspective are to: reduce the weight of the sled - less mass is always better when you’re moving things about; remove chain sag from the equation by not having chains acting against the motion by not having them hanging over the workpiece and only operating in a linear vertical motion.

For this you would either need a non-stretching, lightweight leader attached to the chain/motor drive or a different method of motion than hanging the sled from the two top corners. As the second one would mean it’s no longer a Maslow, that’s a non-starter.

To traverse a full 8x4 sheet of material the distance from the top corner to the furthest is ~2700mm - add in a bit for frame, etc. and let’s say 3M of leader is needed. To match that 3M of leader is 3M of chain, to give you the full range of motion. 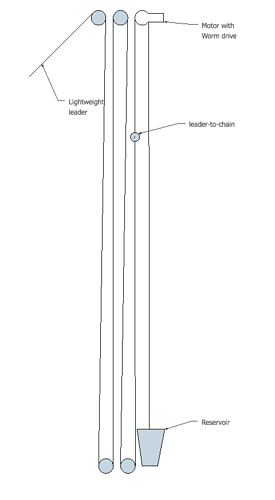 Currently the chain is tensioned using shock cord, but that doesn’t have to be the case - gravity and a bucket ‘o’ chain can serve to act as a reservoir - but you need positive chain engagement so the chain won’t slip, rather than relying on tension from shock cord and an acute angle to keep it in place. Two simple sprung rmotorcycle-type chain tensioners either side of the motor should suffice to keep it in contact with the sprocket.

To keep the sled in contact with the material and lose some mass, use a shock cord of sufficient length running on a traveller (like the boom on a yacht). This would ensure only vertical pull is exerted on the sled, while overcoming both the lighter sag potential from a light leader and the spindle/cutting tool.

Other advantages of a leader/remote motor arrangement could be: easier implementation of a limit switch, giving you straightforward calibration; greater range of motor options; less mass means faster motion; the freedom to place motors anywhere means they could be co-located on one side of the machine, making for simpler wiring - they can even use one single chain between them, as long as it allowed for full-extent movement.

Using a ‘traveller’ with shock cord makes for a slightly more cumbersome loading of material, but I would just have it hook on the sled and unhook it for material changes. For third-world/cheaper implementations both the traveller and leader/tensioner/pulley could use cheap ‘shower door’ running gear, as there is no need for high accuracy in those areas.

Moving away from the current worm gear to a NEMA standard, from a packaging perspective, gives a lot more options to the user - you can source NEMA steppers/servos across the world, and they are designed for this sort of installation. Supplying a NEMA-23 standard worm drive gearbox instead of a motor gives greater flexibility and removes the need to make the kit other than generic; NEMA steppers are available from lightweight to industrial tough, with huge duty cycles. The worm drive gearboxes are a significant step up in quality from the door-opener type boxes you are currently using. 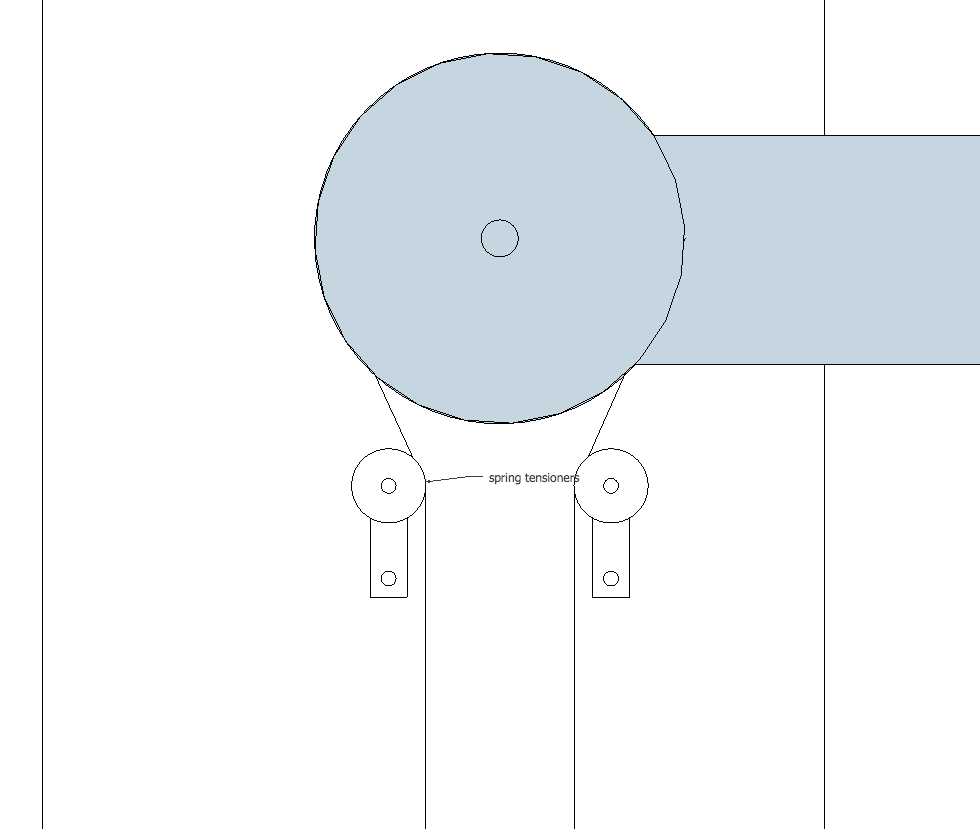 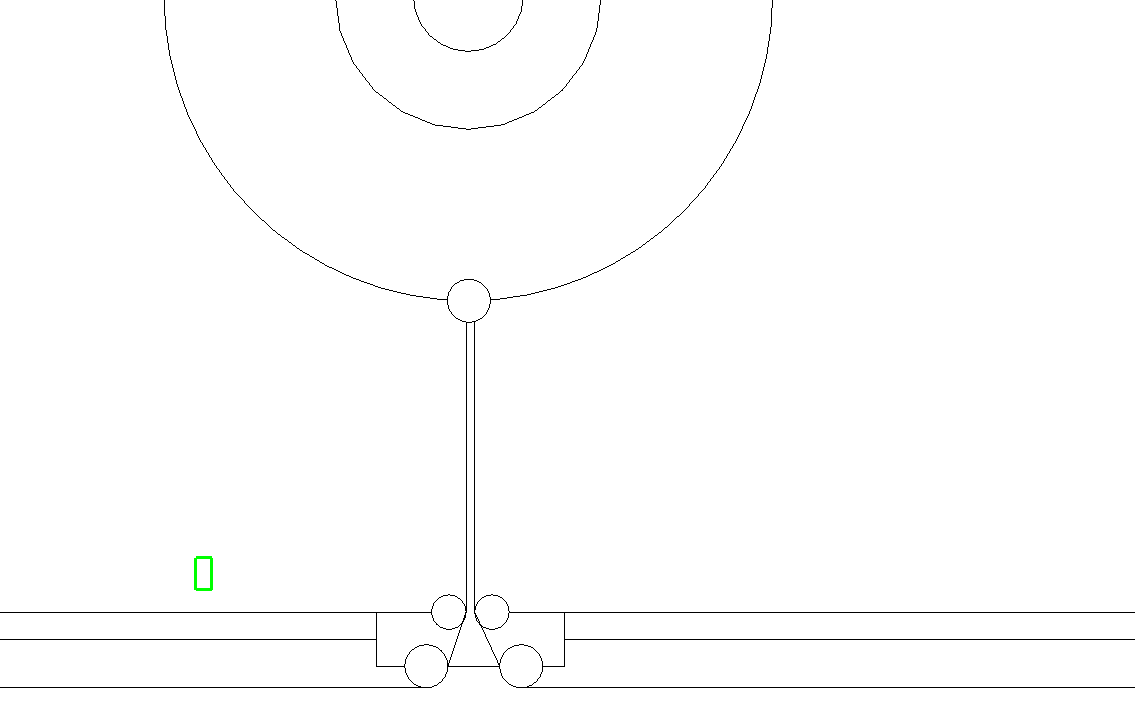 Interesting thoughts. I’m not sure if I fully understand your traveller arrangement, but I see your point about lightening the moving parts. Many users are going away from the shock cord as chain slack take-up and are using weights or an alternative arrangement with bungie cords. There are long threads on this topic. Glad you’ve joined the conversation!