Yes. A short search would lead you to:

That is awesome! I have really enjoyed playing with my blue laser engraver! Can’t wait to see what else you do with it!

I believe @makermade is even working on selling a laser engraving kit!

WELL, I haven’t attached the laser engraver to my Maslow. I have a separate machine that is powered by a GRBL hat on an Arduino so it is very similar, however it is also much faster movement than the Maslow because everything is light. This is what I’m working with; 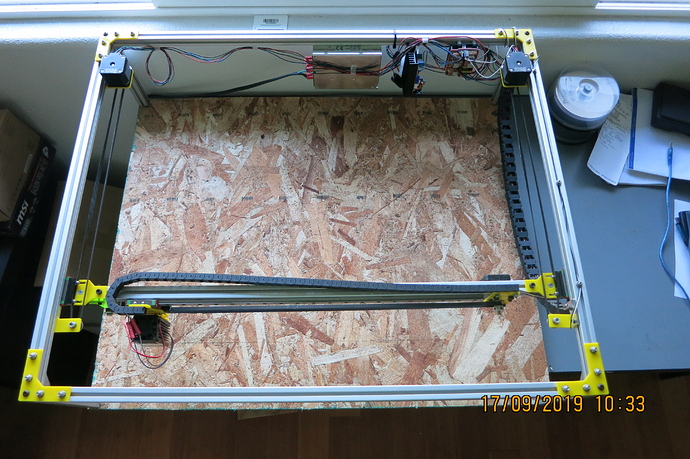 It works very well for marking on wood, so if you need to locate a hole you are going to drill by hand I have had great success with that. I usually use this moving at 1600-2000mm per minute, but for a slower moving machine you could turn down the power on the laser and I would imagine that the laser diode would then last longer. I look forward to seeing updates on your project and I will be more than happy to help wherever I can!

Waiting for a ring kit to finish build on second sled I plan to use a microswitch on a Z axis drive to actuate laser .

Might be better to use the spindle control pin and a relay. Still won’t have PWM but it’ll make for a heckofalot faster on/off switching and fewer end/start of line burn holes

Was that to me? I haven’t really thought a whole lot about selling it but I would I suppose. Shipping from Hawaii would be fairly expensive most likely, even if I broke it down to the smallest pieces.

EDIT: it looks like you can get one similar on Amazon for cheaper than I paid for this.