Hi everyone, got my kit a while back now. Based in Scotland and the summer has been amazing so no time for tinkering in the shed.

After reading lots of posts I sourced a 3m length of unistrut with a few fixings, which was definitely the way to go. I mounted the motors on each end and fixed to the workshop trusses at a 12.5 degree angle. I then added some framing made from OSB angles (basically ripped 18mm OSB and joined on to make a right angle, with glue and pockethole screws so they are super stiff) - only two just now but will add a couple more to add stiffness to the middle. These are just screwed into the same trusses as the unistrut is attached to.

I just completed my sled (a modified version stock sled to accommodate a couple of 2.5kg cast iron weights, also made in OSB) today after doing a few test cuts with my square temporary MDF sled. I’ve had to shift the weights out a bit to get the COG correct as i can’t reduce the height of the ring due to the router i’m using. The advantage of the weights I thought would be they could just be lifted off to reduce weight before removing the sled.

I’m using a Bosch GOF 1600 CE router which isn’t quite a good at fitting in the ring as i’d hoped. It’s a great router and very powerful and stable compared to what I’ve used before. It does come with two bases which is handy so i can take it out of the Maslow and still use as normal. I’ve had to removed the handles, but this is made slightly complicated as Bosch in their wisdom have put the power switch in the handle, but a little jiggerypokery with some insulating tape and just use the switch on the wall. It is an extremely loud router though, and i suspect the straight bits that i’m using don’t help - I’m waiting on an upcut spiral bit to arrive some time this week.

Z-axis is not fitted yet, had a slight mis-measure of the coupler so waiting on ebay package with the correct size…

This is my first foray into CNC and i have to say I’m pretty pleased with the results so far. I’ve a done a few test cuts so far and very impressed with the accuracy. I did a 35mm pocket (to replicate drilling a 35mm concealed cabinet hinge pocket) and it came out at 34.7mm on first attempt and very round as far as i could tell with my cheap calipers.

Any ideas on how i could improve my setup would be happily received. I’m probably going to put a skirt all the way round in OSB as well so i can go right to the edges. 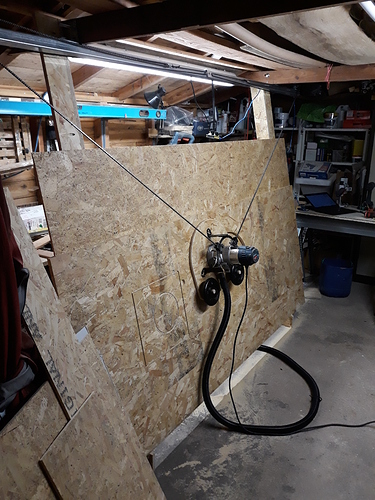 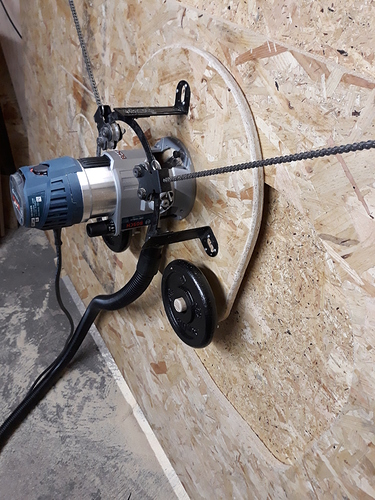 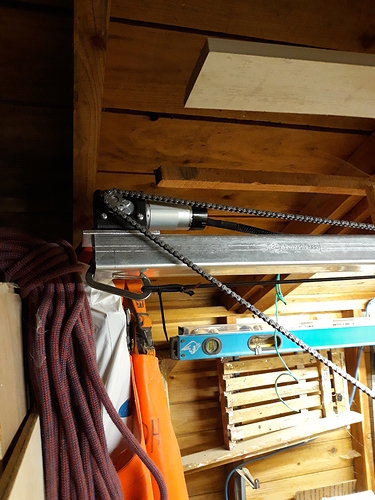 You might need more clearance above the floor for the hose. You don’t want the sled to be pushed against by the hose in anyway.

thanks I did think that today when i was cutting near the bottom (the hose all crunched up and I had to manage it by hand), the only issue is that i have very little headroom in the shed (new workshop coming next year if i ever manage to get planning permission) - it’s only 1.9m to the bottom of the trusses which doesn’t give me much to play with.

the bottom 200mm of OSB is actually my board rest which the part sheet is sitting so maybe not as close as it looks - but it’s still to close in my opinion.

The ring setup looks quite high and the motors to far back, but I could be wrong from the pictures.
You would what you sled balanced first (by adjusting the height of the ring). Holing it away from the worksheet until it does not tough it will show an angle of the sled. I think best is if vertical or top slightly tilt towards the sheet. With that done you can measure the distance from the sheet to the chain and bring the motors out so your chains are parallel to the sheet.

Ok I’ll check more accurately tomorrow - I have a funny feeling the motors are actually too far out, but without accurate measure i couldn’t be sure. The ring is placed using the drill marks on the downloaded stock sled and it looks pretty central - the bottom of the sled might look a bit bigger as i extended the corners to accommodate the weights. This is my template, basically slightly modded circle with little pockets for inch dowel to fit in: 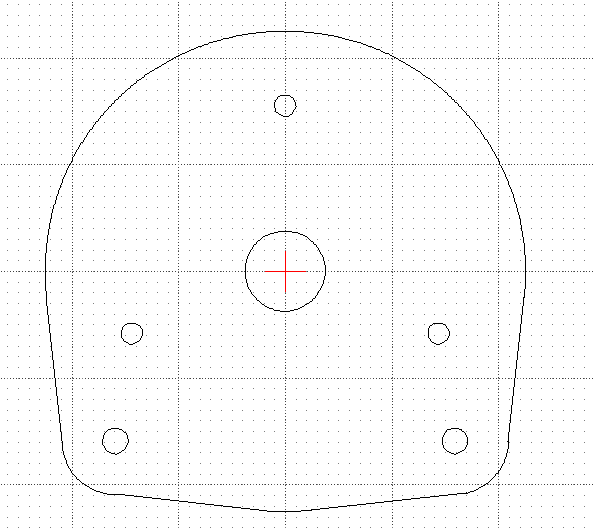 just a note that OSB isn’t known to be the smoothest thing to slide, so you need
to pay extra attention to making the bottom of the sled slick (or add a layer of
something slick to it)

Hi David, if you’d said that to me a year ago i would have agreed with you. I work for Norbord over here in Scotland and they’ve just put in a new continuous press in the Inverness site and the product is very smooth, almost shiny - something to do with the amount of time its in the press, and no sanding required anymore. No little lumps and bumps anymore, and no peeling flakes. I know i’m biased but it’s a great product. Cut edges are still not that good though.

I was looking at adding some kind of synthetic layer but after watching it move around last night it can wait a little while.

The ring setup looks quite high

I meant the height of the ring over the sled (1). If you have a balanced sled then measure the distance from sheet to chain(2) and bring the motors out in Z+ so the sprocket has the same distance and the chains are parallel to the worksheet. Also on the slack side make sure the chains feed straight on the sprocket and not from the side. A slight angle will let the chain ride on the sprocket tooth and cause chain jumps. You can eliminate this with chain guides, but that introduces wear and tear parts. 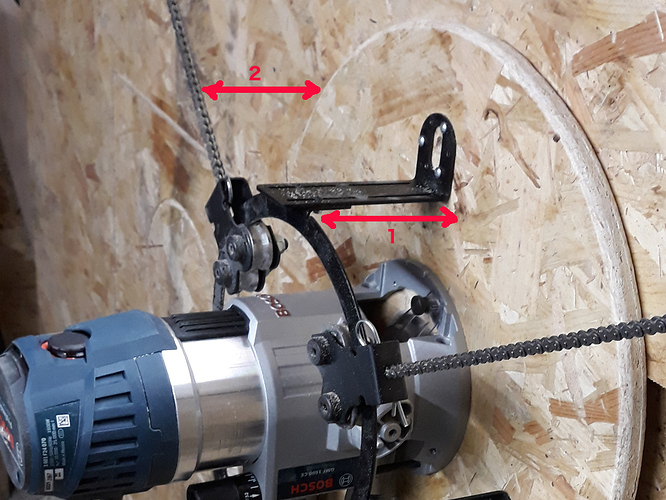 the problems i’ve run into with having a short ceiling height are mostly related to the chains hitting the joists. i ended up cutting a small nibble out of the bottom of one of the joists in my ceiling to allow the chain to clear it without rubbing.

For the vacuum hose, if you have an extra hose adapter, simply cut a hole in it so your hose can run 90° to the sled. The airflow path isn’t optimal, but it prevents the hose from running into the ground when you run low.

See my images here for a picture of my setup.

The end of the sacrificial hose coupler is open, but it runs into the sled, so the only airflow path is through the hole in the side of the coupler.