I ordered and installed that motor. When I test the motors in GC things work super super fast as expected for the z. Now though while cutting I see no speed increase for the z and the depth of cuts is deeper than desired.

I did the 131x64 as the new z encoder number is there something else I should be changing?

I think you actually want 131x64x4 = 33,536 The extra four comes from the fact that the software uses the rising and falling edges of the signal to get more precision than the encoder pulses alone could give us

no speed increase for the z and the depth of cuts is deeper than desired.

The speed of travel for the Z axis is limited by parameter $18 which defaults to 12.6 inches per minute. Using a macro $18=20 would set the limit up to 20 ipm, which in my experience seems to be the limit beyond which accuracy suffers. I suspect that above that speed the encoder pulses come too fast for the stock PWM settings to accurately track.
The encoder number is used to calculate the z travel distance, so getting that right will help with the depth problem.

Thanks I’ll go or and trey this after my ribs are eaten! Life is good. I knew you guys would have an answer! =)

I tested the 33536 value and it moves like the devil but the depths are still out of whack.

Change the pitch settings until you get the right distance, that is what I did. Used a small ruler to gauge the movement.

So did you change the encoder number in Advsnced settings or leave that stock and change the pitch only?

you may have to do both.

encoder pulses (after a gearbox) are not necessarily an integer, but it’s
unusual for pitch to not be an integer

start with what the manufacturer says the gear ratio is, then test going 100
full turns and see if you end up at the same place, if not, tweak the pulse
count until it is correct.

Then put in the pitch.

@dlang explains it best. I did adjust encode first to get speeds then pitch to dial in the right distance travel. 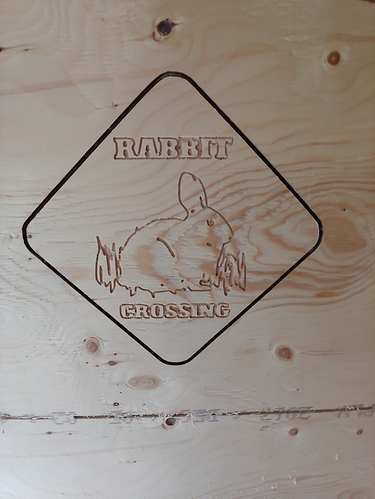 Got it figured out today, tried a few things out for the garden.

I would say this faster z cuts down the time to do lettering by at least half. 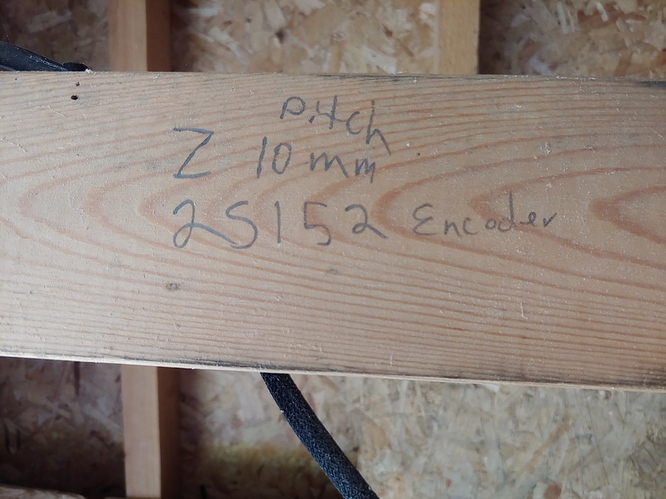 Jon, I am about to buy a motor to speed up my Z do you still suggest using the 90:1 motor from amazon that is linked above? Or did you get the one that is further up the page that is 131:1?

Thank you, lots of questions.

I used and it seems to be fast enough without burning the motor controller out yet.

Awesome! Thanks for the quick response, I am purchasing now.

You are very welcome.

Latter half shows the z moving with the settings I’m using for anyone curious. It would move much faster initially but not accurately at all until the pitch and encoder step numbers were played with…now if anyone cones up with accurate numbers and even faster movement let me know =) there is probably room for improvement.

I got that motor that you suggested, I actually soldered the maslow hardness directly to the new motor and I am having some strange things happen. Such as if I hit define zero it will plunge, if I raise the Z then it will raise and then lower again (usually further) This all depends on what my encoder is set to I believe, and it is strange because it will raise (go the direction I tell it to) in a slow manner and then when it goes the opposite direction it is going significantly faster (I believe the speed that it should have originally)

I have tried all different types of encoder numbers and pitch numbers and it is annoying me.

when mine did that, it was because the encoder itself wasn’t compatible with the maslow…can you upload a picture of the wiring just as a double check?

I soldered mine too are you using the same settings I am?

Yes, I tried all the same settings.