I’m designing and building my own plane and when i first heard about Maslow i thought it might be good to use on this project except i was mostly past where it would be useful, or so i thought and i haven’t dialed in enough to make accurate parts, but i did find a use. My plane has wood spars with foam used to create the contours which is then covered in fiberglass. I had glued some rough cut chunks of foam to the elevator spar and had been thinking about cutting the trailing edge, so i whipped up a drawing plugged it into makercam and not long later had my template which i then screwed to the foam and used a hot wire cutter to cut a reasonably nice curve on the trailing edge: 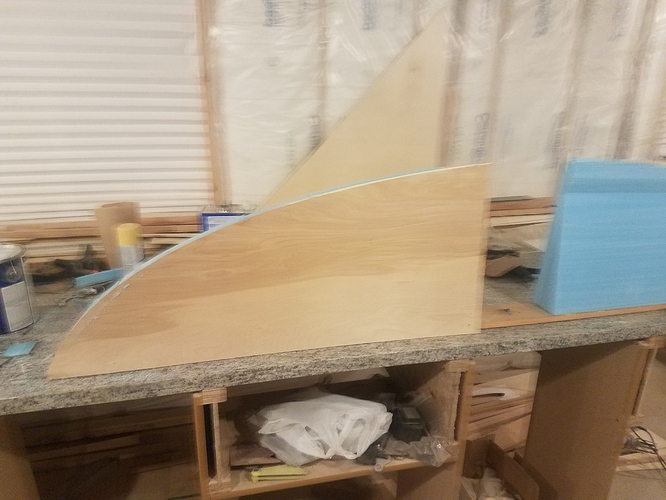 Sorry for the blurry pic but hopefully it gets the idea across.