Alpha Testers Needed for New Control Board - Apply Within

Now that our components are starting to arrive at the consolidation facility, we were able to spend a little time on something new.

In an effort to minimize the electronic assembly by the user and to add a couple new features, we would like to introduce the “LowMaz” control board.

Built using the TLE5206 chips and integrated ATmega2560, this is an all-in-one motor controller for the Maslow CNC. We have also added an emergency stop connector to the board so an emergency stop button can be added to your machine. Aux 1 and Aux 4 are also standard so users can play with automated spindle control via IOT circuits.

We have 10 alpha units being made as we speak and expect them to land in the US in about 20 days. @bar will be alpha tester number 1, so that means we have 9 slots available. 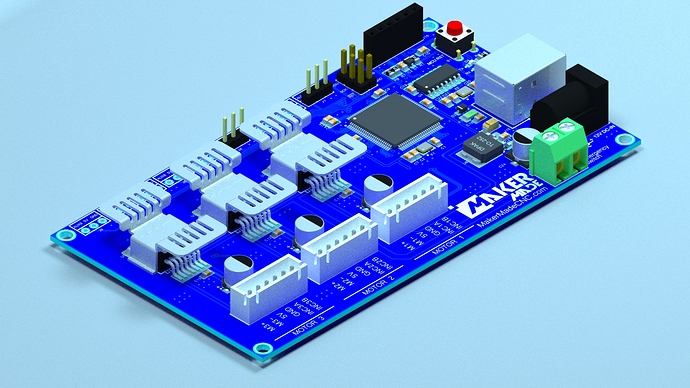 I like those clip on heat sinks. They look more durable than the original ones. I’ve often wondered about what an all in one circuit board would look like and cost. Given how cheap arduino’s are it seems like an all in one board would be more expensive to make vs using mass produced $8 Arduino boards.

Currently the cost is about the same as buying an arduino and making a motor shield.

The benefit is we have full control over the Arduino portion by integrating into our board. No more worrying that they might put the Chinese USB chip that requires a special driver. That and our volume is so low that we don’t get any priority when purchasing Arduino boards.

Since we were looking to integrate the TLE circuit and an emergency stop, this seemed like the best time to try an all in one board.

Think you could integrate an RPi into as well?

That would be pretty awesome!

We are having some issues running GC on the Pi right now, but if we can get that sorted out it would be a great idea to have an all in one controller and GC unit.

These are the kind of ideas we are hoping to get from the community so we can make what you want!

Sounds good, but if one component fails, you can replace that one piece. If everything is on one board, then the whole expensive board needs to be replaced (or repaired, but not easy).

If everything is on one board, then the whole expensive board needs to be replaced (or repaired, but not easy).

Ain’t that true with everything these days?

Definitely introduces new risks. We are planning to open alpha programs for all new products like this to help identify if things like this are worth it.

does the stop switch shut off the router? or the two motors or all 3?

If you use the Aux connector to run your router with an IoT relay, it will shut everything down. If you don’t use the Aux for spindle control, it will stop the 3 motors on the machine.

Just received an update from board manufacturer that we are looking at about 12 days until the alpha units ship. They had to order the TLE chips and we are waiting for them to arrive at their facility.

Boards are made! They should be shipping them to me this week and I’ll be getting with testers to get units out to everyone soon! 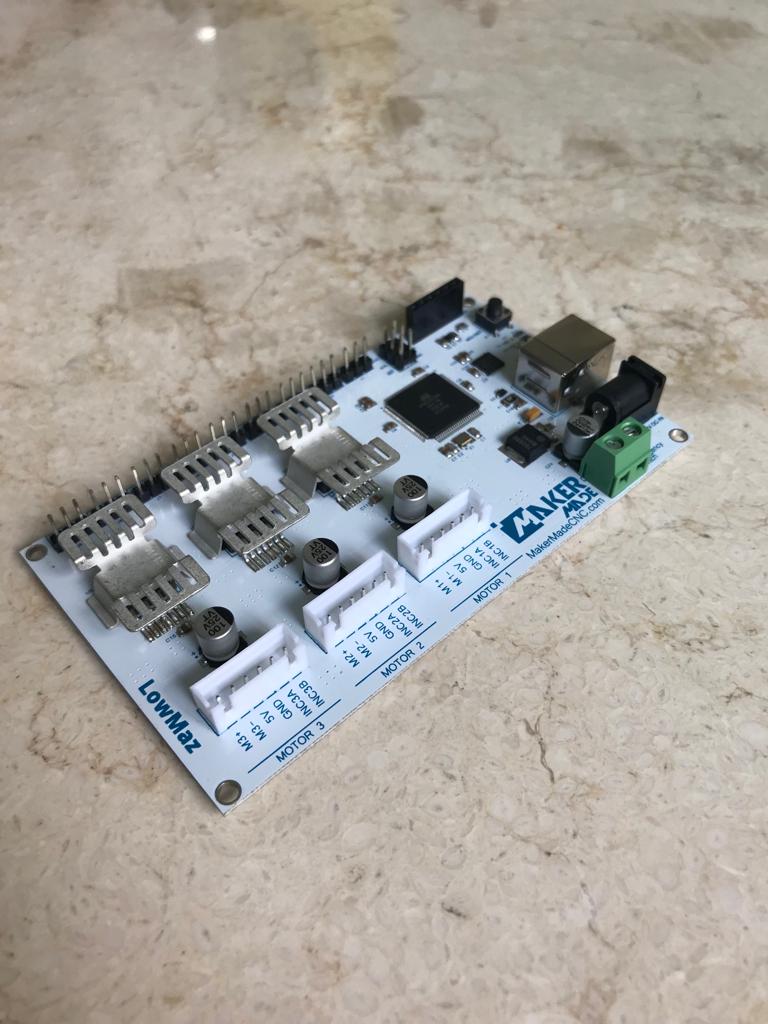 Got the boards in today and have spent some time getting them ready for the testers. The bootloader wasn’t on them so I had to scrounge up an UNO to run as an ISP. After getting that done, I found that the factory so generously swapped the atmel USB chip for the CP2102. So I had to install the drivers for that. But… now I have the firmware loaded on the first board and will be finishing up the rest this weekend.

I will be reaching out to those that have been selected as testers and plan to mail the boards out to everyone on Monday. Looking forward to feedback!

is this good or bad? dont’ know know anything about those two chips. can’t tell if you are being sarcastic. Chinese PCB makers are notorious for swapping stuff and then those swapped components causing issues. Always state in an order that swapped “equivalent” components are not acceptable. because equivalent in theory does not always mean equivalent in reality

It’s not bad, just unexpected. I was very explicit in telling them not to use the CH340 chip that I forgot about the CP2102. There are some performance differences between it and the Atmel chip used by Arduino, but nothing that will affect the performance of our board. The biggest issue is the inconvenience of needing a special driver to make it visible to the Arduino IDE for loading new firmware files.

Won’t cause any issues with this batch for testing, but the chip will definitely be changed before we progress to beta level with the boards.

Now that our first wave of kits has shipped, I have time to rekindle this project.

I had to order some anti-static bags to ship everything in because my prototypes came in bulk packaging.

Testers will be notified this week and boards should be going out by Friday at the latest. Looking forward to seeing how these work out for everyone!