I designed and cut a assembled a classic looking Radio Box. It has faux knobs and a cutout and cradle to direct the speaker sound from my iPhone into the box and out through the grill. The cuts were nearly identical and I had a slip when I glued to front on, (so it rocks a bit on it’s feet). I am going to make a jig to hold the parts in place when I glue next time. It’s a prototype and it really works! It is like the idea of a guitar box. 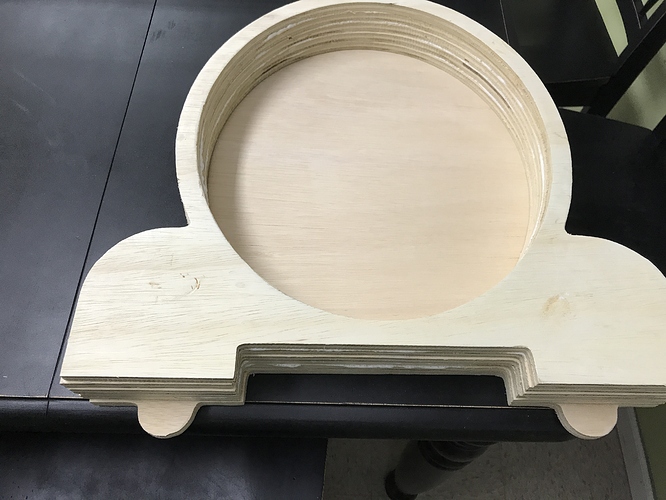 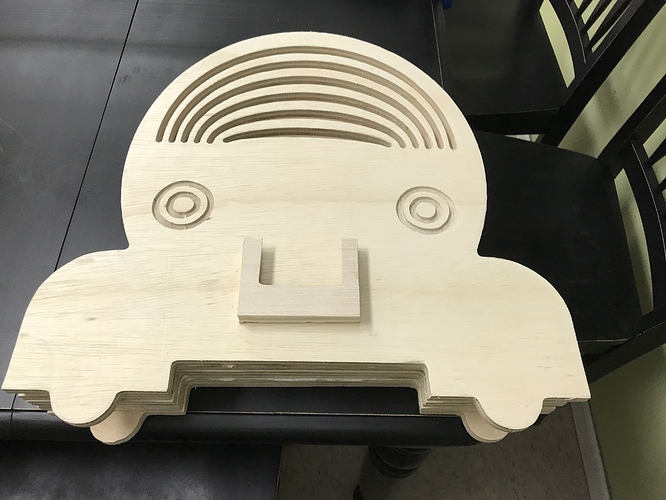 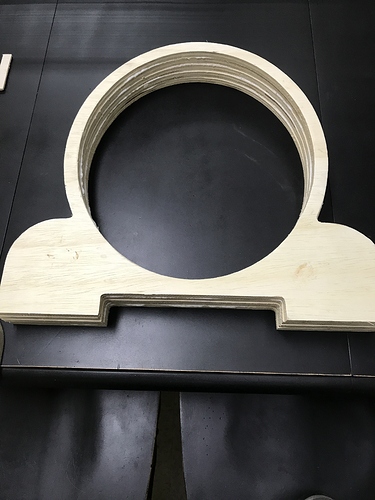 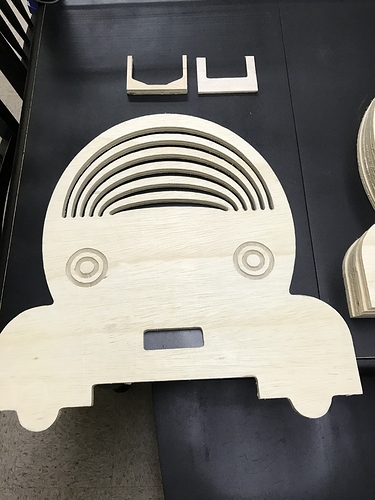 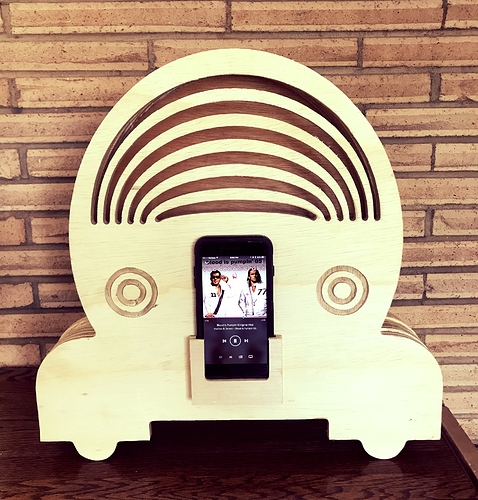 I designed this one at 18 inches tall and made a smaller one of 10 inches also. the parts are in Easel.

Here is a link to the files, have fun! 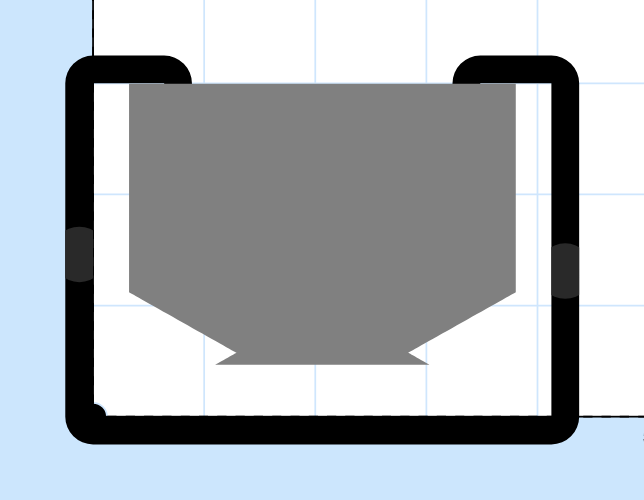 Classic Radio Box for iPhone 7 Plus

is that a funny face? or car or what is it supposed to resemble?

just a whimsical take on an antique radio, but my wife also said it resembled a VW Beetle. 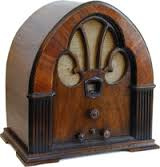 Love it! keep it up! Fantastic idea.

Why 3 spacers? Did you test to see how many spacers gives the best sound?

No testing. Just thinking of space, and wanted a chamber about the size of a guitar box for sound reverb. What is great about the software is that you can cut as many or as little as you want. See what works good for you. I did 5 spacers and it works awesome.

Very cool! I was just coming on here to post a project idea for something very similar.

Instead of cutting knob-like circles, bolt on these for a classier look:
Radio Knobs

Thanks for that. This was ‘the prototype’! I will be making some changes, and those are a great idea! Thanks for the tip.
Lon

Don’t forget to do some Amplitude Modulation to get that authenthic 60’s radio sound.

Don’t forget to do some Amplitude Modulation

That’s the way audio works, the bigger the amplitude the louder it is.

Old style AM radio had a 40 to 5000 Hz (CPS in those days) frequency response, plus throw in some static and fade, and maybe some extra distortion for authentic tube sound