I’ve been wanting to find an old Art Deco style radio to gut and turn into a modern radio. Of course, they’re really expensive or in really bad shape, so why not make one?

At the moment, this project is just in my head because I just thought of it and I don’t have my Maslow yet. The concept is basically just a case for a DIY Google Home (I’m sure a DIY Amazon Echo could be done with the same design). This is one of the radios that I found that I like and think would be pretty easy for Maslow to cut: 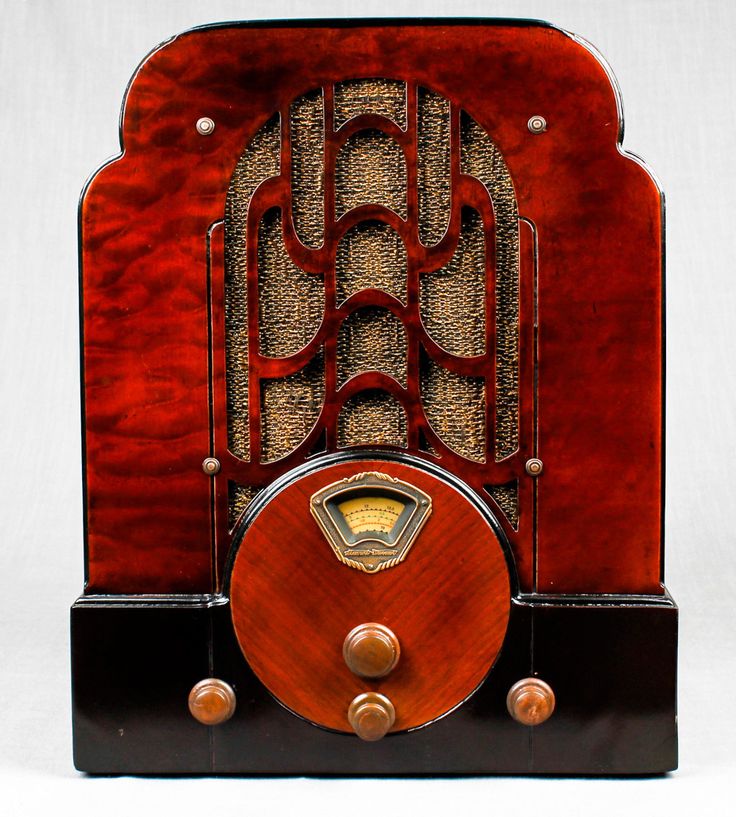 Here’s a second one (forums would only let me post one picture at a time): 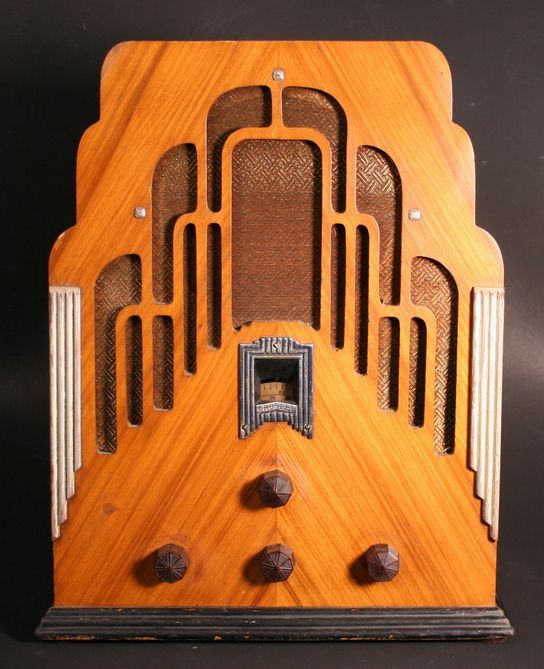 Those are cool. The idea of integrating an Echo into one is interesting… it would be like Dick Tracy!

Shouldn’t be too hard to cut, do two at an angle for the same bookmatched look.

Inkscape’s auto trace should make the cutting files, just be aware it’ll take a lot of editing to clean it up. Tried a number of raster to vector convertors, found them to be the best free one

I was inspired a bit by this thought. I drew up the following (not to scale yet, my echo is at home)… I have been wanting to do something similar and build in a bluetooth speaker, hence the extra holes in the intermediate plates.

Very nice! One thing I was thinking was to make two thin (1/8"?) of the “speaker type plates” and sandwich the speaker fabric between them. Of course, it may work even better just sandwiching it between the one speaker plate and the thick plate.