I’m experimenting to see just how detailed I can make projects I decided to try one that has some lettering and a fairly complex font. Having beat my head against the wall with Fusion 360 I decided to give MakerCam a shot. I was able to get the project in and generate some tool paths (pocket and inside profile) for a 1/16th bit. But I noticed when the paths where generated that the paths didn’t necessarily follow the selected areas. I’m guessing that the program is trying to save me from myself and not cut the areas that’ll overlap. I tried looking at the preferences to see if there’s a way to tell the program to ignore this and force it along the profile selected but didn’t appear so.

Either way I decided to give it a go as there where some other really thin cuts on the project and as expected in literally only cut the areas that it showed on the screen (no surprise), but does anyone who’s more familiar with MakerCam know if it’s possible to force it along the profile? 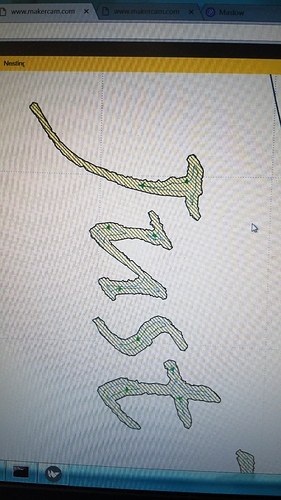 If the letter is smaller than the bit, it wont cut it.

Yea I kinda figured that was the reason, I was just hoping there was a way to force the program to follow the selected path regardless. I’m going to try and program a smaller bit and see what happens…and/or increase the size of the font.

You could also give the follow path operation. It will cut along the line instead of inside or outside which might also not be what you want 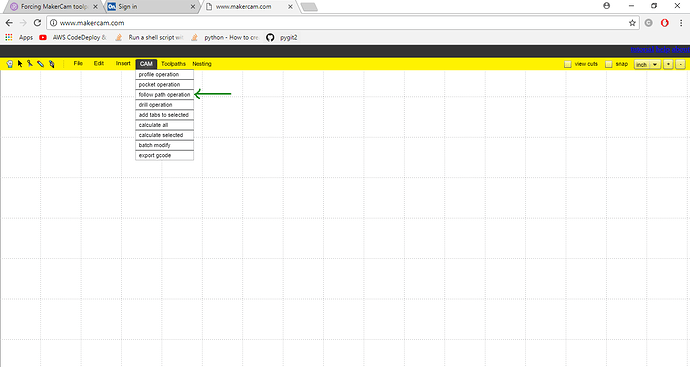 I had a lot of success with this in CamBam. It’s a trial for 40 sessions. The main characters arms my be too thin and the overlap would loose the detail. I think you can fine tune the design and get it to work- Fww