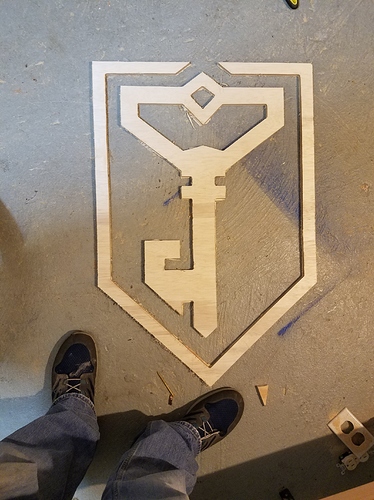 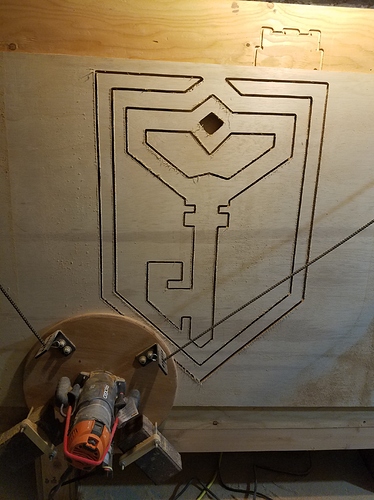 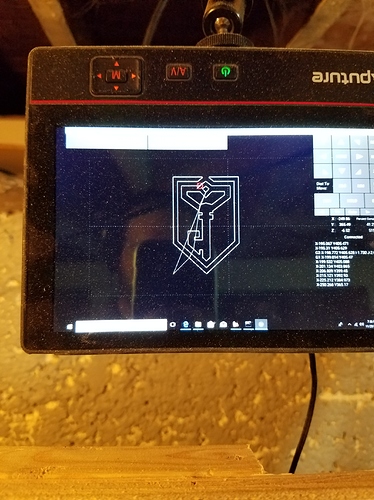 I’m an ingress player and my house happens to be a portal spot because it was a famous land mark back in the 1800’s. Thought it would be fun to have ingerss shield and crest on the old sign post where the b&b sign used to hang out front. 2 more cuts to go!

That’s such a cool idea! I like that it’s subtle enough that the general public would never notice, but it’s huge so anyone playing the game will notice right away. Awesome!

What do you have GC running on?

A high power machine! Retired my X4 920 not too long ago.

I’d like to get a bigger screen sorted out and mounted. Also looking for a good spot on the Maslow for a keyboard and mouse to set.