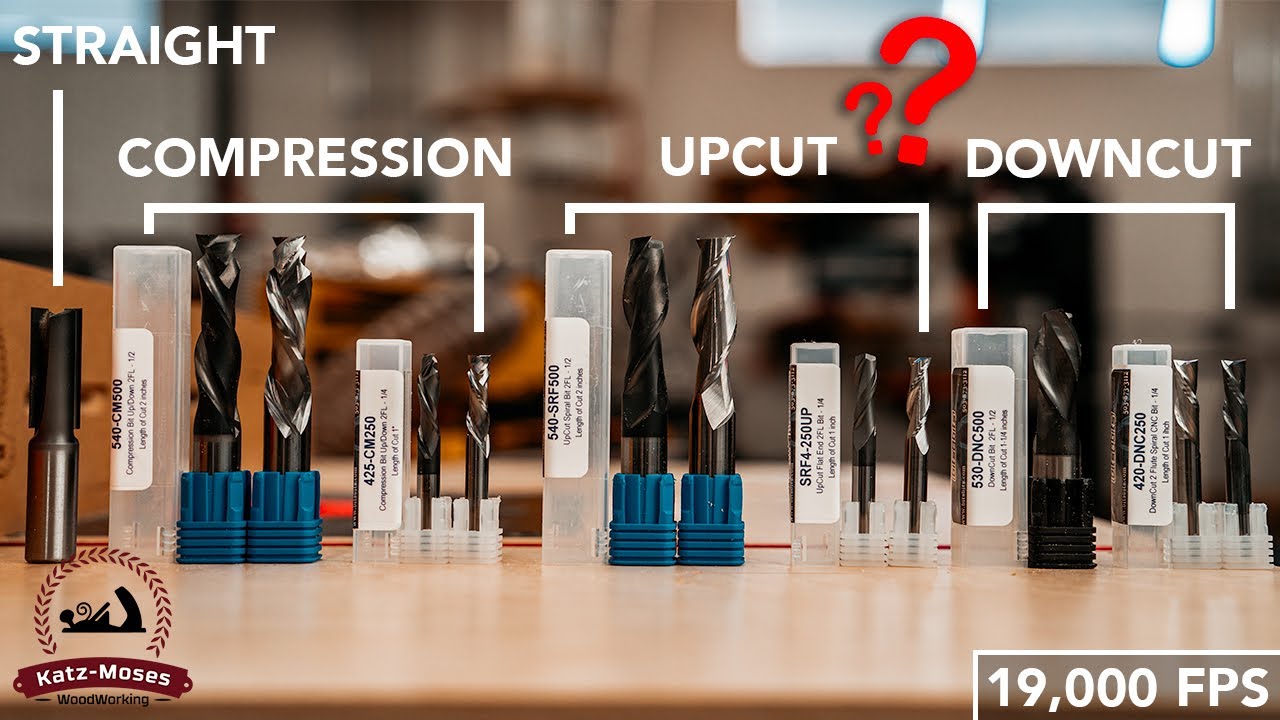 However, I don’t know if we can use his advice for the Maslow…

Straight bits - Not recommended, causes a lot of chatter and rough edges and not good at plunge cutting. Sounds true for Maslow as well.

Downcut - Gives the best edge, but you need to do a ramped plunge in order to clear chips. From what I can tell, ramped plunge cuts aren’t really a thing with Maslow, since the Z axis is so slow. However, we (I) normally don’t do more than a 1/4 inch deep cut per pass, so chip clearance might not be a big issue with profile cuts.

Upcut - Best chip clearance, ragged edge. (I’ll admit that the slow motion cut looked terrible with a ragged edge during the cut, but there didn’t seem to be a lot of edge blowout after the bit had passed.) I use an upcut bit most of the time, and on sheathing grade plywood the edge can be pretty ugly.

Compression - Left the best edge for plywood, but you need to do a full depth cut - otherwise it functions just like an expensive upcut bit. I hadn’t thought about this, but it makes sense. If the upcut portion of your bit is 5/8" long, you need to have a cut depth greater than 5/8" for the compression bit to do its magic. (I did a 3/4 inch deep cut once on my machine and it was kinda terrifying before I could cancel the program. ) With our typical shallow cuts and multiple passes, a compression bit doesn’t seem useful on the Maslow.

So what do you all think?

if one looks at speed and feed tables for cnc machines, they recommend a smaller bit then the typical 1/4" diameter people use. The smaller bits are cheaper and product less dust and heat. 5mm, 4mm or 3mm with an er16 collet will work in the ridgid R22002. it’s a good video and like he says which one you use depends on what your goals are.

I’m a littl late to this post but for what its worth, something to consider is performing tool changes. If I need to have a clean edge in plywood I will run two operations for each part I’m cutting, The first operation is a series of passes to achieve a half depth cut using a downcut spiral. I will then run a second operation for a series of passes to for the remaining depth using a compression bit. Depending on the surface finish I am getting I may also use the compression bit to run a third operation for a full depth finishing pass. Depending on total material thickness, I may have to swap the compression bit with an upcut spiral. This doesnt normaly present a problem with tear out on the finish pass because the load is pretty low.

The Maslow is already pretty slow and adding a tool change just slows down operations more but the end results for me have been as good as anything I can achieve on a gantry machine. Which I would have to have performed tool changes on anyway.