I have run into some issues Kiri:Moto that I need help with. 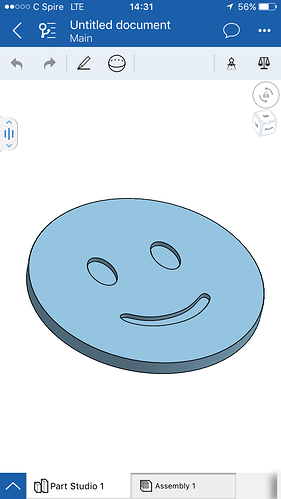 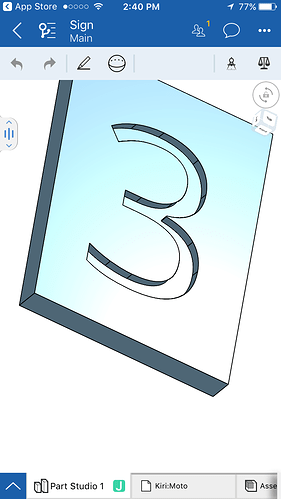 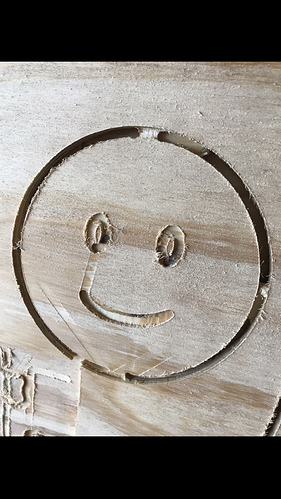 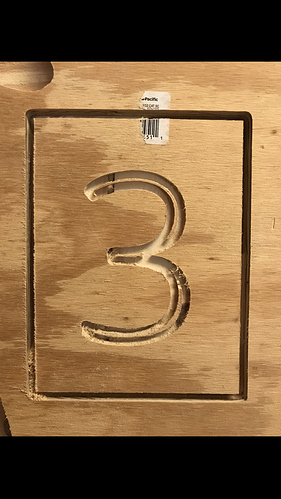 Any help would be greatly appreciated.

for your second question, is it possible that your bit is too large to fit?

when you say it doesn’t cut the pockets, is it that the router moves, but
doesn’t cut? or that it doesn’t attempt to cut anything in those areas?

Added additional photos to the initial post, for some reason thru didn’t upload initially.

I have checked the bit size to verify that it would fit for a hole, it was the the same size as the bit and it didn’t plunge the hole.

Is there a way to address the tabs and trim out?

So after some experimenting, to cut the pockets properly. You use the roughing cut in kiri:moto instead of the finishing cut. I’m probably wrong on this part but my understanding is that you use some bigger bit on the roughing cut and tidy it up with teh finishing cut is the intent of the two different cuts?

But since it seems that in general people tend to keep the same bit, everything is the same cut. Roughing cut does the internal path trace for pockets, but the downside is that it does the path trace for interior profiles as well… Since alot of the things I have planned doesn’t have large interior profiles, I’m content putting ‘spacer’ peices inside interior profiles. I’ve found that sketching it 0.01 inches larger than the bitsize from the cutting surface only creates a single path. I manually add a few tabs to make kiri think the interior profile piece and the piece i’m actually cutting is a singular piece. Otherwise Kiri doesn’t seem to recognize collisions. This may be a future issue for someone trying to do nested cutting arrangements.

I’ve been trying to narrow down the kiri code on gridspace to figure out if I can add a hook to set interior profiles vs pockets, as this would solve the nested parts collision issue, and also to optimize the paths when tabs are being cut.

I believe that the roughing cut config lets you say how much material you want
to leave for the finishing cut.

In the commercial world, it’s common to switch bits to a less worn bit of the
same size for the finishing cut to get a better finish.

There is a tab cutout option on Kiri and it was recently updated with more controls. See this video explanation.