I was just over at the home page. 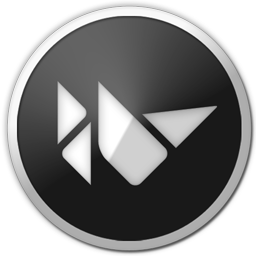 Open source Python framework for rapid development of applications that make use of innovative user interfaces, such as multi-touch apps.

It announces a 1.10 release. Has anyone tested it yet?

I’ve been using 1.10.0 with the dev versions of GC for a while. I haven’t seen any reason to change the version that gets packaged the the OSX version of GC from 1.9.1 though. Do you notice any differences?

I haven’t used it yet. But it might explain why we started seeing KivyPi start working better. I will try to find time to test the instructions in the wiki with the current version.

Oh and I’m testing the new Pi 3+ tonight too.

Im running kivy 1.10 on my rpi 3b with Raspbian Stretch lite for OS with OpenGL driver enabled to take advantage of the videocore4 GPU. With the kernel update that was pushed out this week, the OpenGL driver appears to be more stable.

That is good to hear. This means when I get the current version downloaded I can probably get it working on the Pi 3B+. Those using Kivy Pi would be able to by using an older pi to run updates before moving to the Pi 3B+. The standing image won’t support booting. It’s good to know the latest versions will work.

For the 3B+, the last update for Raspbian Stretch also included firmware updates, most importantly you need the driver for the new wifi chip.
The funny thing about the KivyPie distro is that it’s using the latest stable release of of kivy 1.10, but it;s built on a customized older release of Jessie.

I just followed the instructions here to install kivy 1.10