Does GC provide any hidden controls to adjust this function? I.e.: which radius will be replaced and which one will remain unchanged?

I think we understand. Can you post a copy of the gcode? I think this issue is more likely in the gcode than in GC. GC only replaces very very large circles which are so large they are basically straight lines (like circles hundreds or thousands of meters across)

I think it’s done in the firmware, rather than ground control. But, yeah, it’s really large circles that gets replaced.

Thanks for your quick reply. Radius is usually between 12m an 22m and i uploaded a typical freeride ski. This was the cut I realized that something looks strange as described above.

Hmmmm the file itself looks perfect: 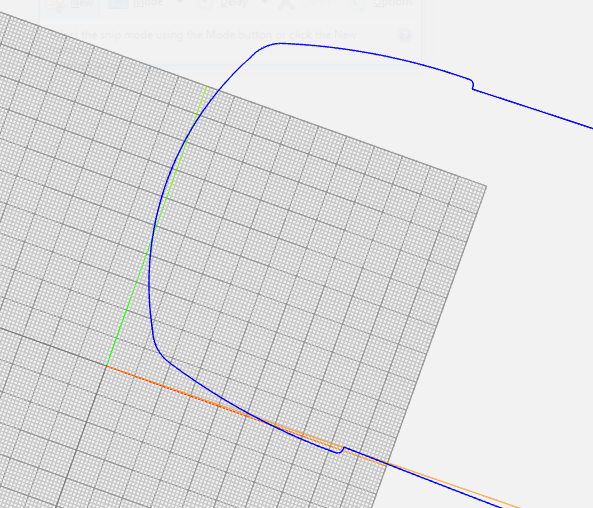 Does the preview in Ground Control show the segments?

If you run the file without the bit in the wood cutting, does it move in in the same way?