Hey guys and galls, first post, so please forgive me if im doing anything wrong. Im looking to sell my Maslow. I’ve had it since July, and used it for a few projects. I really like it, but i honestly don’t have as much time as i would like to use it.

I’ll give you the bullet points.

-Already assembled, but ill disassemble and send hardware. Have extra wood screws left in bag, so there will be plenty of screws to assemble. I’ll separate used and new screws so you know which is which.

-Have all the components

-Comes with Ridgid router, and original case and all components (router z axis clip did slip when plunging, but i 3d printed an adapter to hold it in place. Works well now. The pic is of the first “prototype” that worked so i left in on the maslow, but i have another spare as well )

-3d printed a dust cyclone/arduino case/cable management clips, will send these as well unless you don’t want them.

-For the sled, i bought a 0.125" sheet of UHMW from grainger and used that for the bottom portion of the sled to make it slide easier. ( i can leave the sled assembled and ship it to you, or i can dissemble everything and you can make your own. )

I’m near Cincinnati OH, so if anyone is nearby and wants it let me know and you can have the frame as well. I’ll sell if for $25.

I can only add on pic, because i am a new user. If you would like more pics, please let me know and ill send them to you. 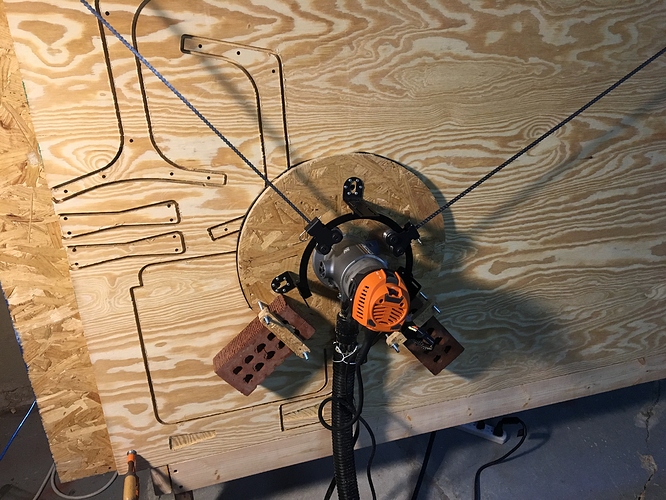 If anyone is just interested in just the Maslow, I’ll be happy to sell that for 400.