I’ve been in the process of replacing my z-axis with the CBeam Linear Actuator Bundle set from OpenBuilds. Its pretty much all set to install except that I don’t particularly like the height at which the Maslow z-motor wold be sitting (atop the 250mm tower). I can go that route no problem but if I could somehow come up with a plan to set the z-motor lower down then I think I’d have a winner. I know that currint the rail at about 150mm and re-drilling and re-tapping is an option and I may end up going that route. But for now, I’m looking at options.

On the OpenBuilds website I came across their Reduction/Stand Off Plate Set which would essentially convert it to a pulley system. It appears to have been built as an upgrade to their Mini Mll as a z-axis upgrade.

My thoughts are to mount it on the bottom of the CBeam rail, between the sled and the CBeam, using spacers for clearance. The Maslow z-motor would be oriented just as it is now, spindle down, and I would enclose that underspace in acrylic to keep dust & debris out of the belts. Just curious as to any thoughts on this.

it’s probably best to leave the motor/belt on the top to keep it clean, trying
to encose it seems like it’s going to cause lots of grief (and interfere with
dust collection)

Okay, that makes sense. Let me show my ignorance here and maybe I won’t have it for long. With the z-motor oriented downward it turns left or right as needed. If I invert it, oriented upward to do pulleys, then it will be rotating just the opposite, right? Is that something I would correct in the firmware or am I missing a GC setting that would take care of it?

just change the sign on the lead screw pitch (+ to - or - to +) and the maslow
will flip the direction it turns.

Thank you, David! I appreciate the information!

that stand off plate is expensive and the holes are for stepper motors, not the dc encoder that comes with the maslow so you would have to make a custom reducer.

www.bulkman3d.com sells much cheaper open builds stuff if you can wait a couple of weeks. 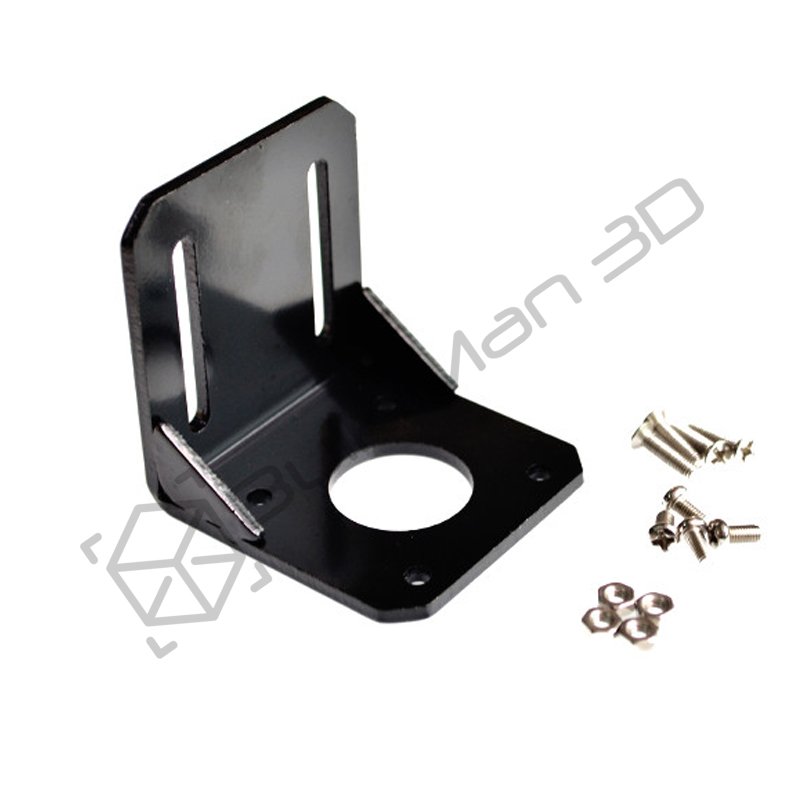 This durable mounting bracket plate is made from 3 mm-thick coated steel. Specifically designed to work with the typical face plate mounting holes of a Nema 17 Stepper Motor.

I did exactly what you are thinking here; pictures around post 73/74:

Are you going to use holey calibration or stock? I’m not sure yet on the calibration. I’ll probably start with stock and go from there!

I cut the c-beam down on a chop saw with a metal-cutting blade and then retapped like you indicated. I made my just a tad under 200mm long.

I was hoping that I would be able to approach the motor mount issue by using the existing mounting bracket and some t-nuts & screws to attach it to the CBeam. This would solve that problem and I wouldn’t need the Reduction/Standoff Plate. It’s only $9.49 plus shipping but if there is no need, then there is no need.

Then I’ll need to attach two pulleys: one with an 8mm bore for the 8mm lead screw and the other for the z-motor. I should be able to use these two pulleys or am missing something?

Also want to say thanks for pointing to the Bulkman3D website. I’ll be checking them out!
You guys are awesome with sharing your know-how and insights. It’s just one more reason that I love the MaslowCNC!

That’s exactly what I’m looking at doing! That appears to be the OpenBuilds Reduction/Stand Off Plate that I was talking about:

Along with the same pulleys and belt that I was referring to. Is that their stock 3GT (GT2-3M) 9mm Timing Belt that is already fused?

That’s a great looking set up that you have, by the way!
Mike

Hey Mike, I had just bought this set:

I know it’s not the cheapest option out there, but at some point my time is worth a bit more than fiddling with parts from all over the world, etc. I liked that this was a nice cohesive setup. The only fiddly bit was just drilling out a piece of sheet aluminum to mount the motor to. Only took a few minutes though and mounted to the standoff place pretty easily.

That’s great to know and to hear! I’m like you - I don’t mind tinkering but if I can get something pre-made that fits the bill and looks good to boot, I’m in! And I’ve got the aluminum to make the mount. So great! That’s fantastic! And I appreciate your quick response!
Mike

Their assembly video covers some separately purchased parts and not the kit so I’m thinking apples and oranges. The video has no audio and is in fast-forward mode. But in the video the lead screw miraculously lengthens by an inch and he appears to simply screw the pulley onto the lead screw. Like I said, apples and oranges. Also going to see what I can find out from them.

Have any photos? I remember that when installed the clamp on the 8mm screw, the adjuster was very very stiff but it did tighten down.

I ended up squeezing the four flanges of the pulley together until it fits snugly on the lead screw, but as of right now the set screw on the clamp 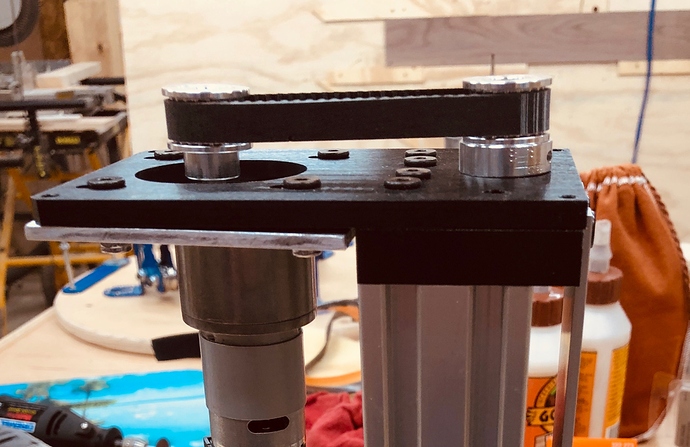 IMG_3430.JPG2488×1612 673 KB
is bottomed and the clamp is loose, albeit wedged up against the pulley which is pretty tight. I don’t expect that to last. At least I got to get the rest of it all together, including fabricating the adapter plate for the z-axis motor. Now I’ll go back and try a bigger hammer, so to speak
Iammistermike August 19, 2019, 6:11pm #15

Just for the record, I went back to it, removed the belt and then used a bigger visegrip to squeeze the collar shut. It wouldn’t take it all the way but this time the set screw caught on the back side and n ow we’re tight. I think that maybe the back threads were stripped or never got tapped. Anyway, all is well now. I appreciate your responses and your insight.

Thanks for the insight! The issue seemed to be with the collar set screw threads. The set screw wanted to bottom out before the collar pulled together enough. I backed the set screw all the way out, tried again, same result. I finally put the vise grip to each side of the collar and just gave it a slight squeeze past where it had been stopping, screwed in the set screw and then it held it. When I disassembled/reassembled on the sled I made sure both collar and gear could be removed and put back together. Not a problem. Thanks for your suggestion, @Jatt - I’ll keep that info handy for next time I do a build like this!

All assembled on the MaslowCNC sled and working like a champ1 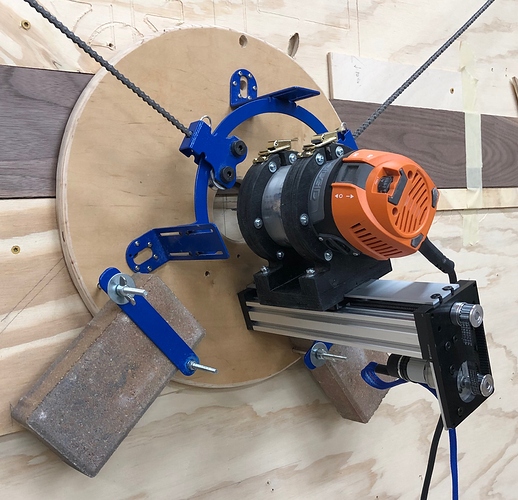