Today, for the first time in 4 weeks, I’ve been able to do some work with Maslow (too cold outside until today). I upgraded to GC/FW 1.03 and did the calibration. When I went to cut something, I ran into a problem and am not sure what’s causing it. I’ll describe what happened.

So. It seems to me that either something with adjusting the Z-Axis is causing an issue or something with the tool change is… or something is still wrong with my Z-Axis motor and its freaking out GC. I will say, however, it ran flawlessly for 4 hours going up and down carving out a rather intricate piece. Was there any changes to the Z-Axis set zero routines lately?

I was thinking that it might have been possible that I hit the stop button on the Z-Axis set zero screen accidentally. Does stop actually STOP Maslow completely?

PR #368 in Firmware addressed an issue where a user doing manual z-axis control would see a buffer overflow after five or six z-axis prompts. You’re automated, though, so it doesn’t seem like it should be related.
I wonder whether the encoder on your z-motor might have an intermittent connection. Maybe someone else has a better idea of a way to help.

Well, it ran flawlessly doing hundreds of ups and downs today on a job, so I have to think it’s working. Maybe the first time it locked up was due to reconnecting the Z-Axis cabling… but the second time, during the tool change, I don’t understand… unless the cable is sensitive and I bumped it pulling out the router motor. I’m going to run some tests tomorrow to see if I can replicate the problem. Does losing the connection to the motor result in needing to restart GC?

Do you have 3D printer?

I believe so. I think ‘stop’ is the emergancy stop, and can leave the machine in
the state where you need to reset the chain lengths (the manual calibration
where you set a point on the sprockets to point stright up and put the marked
link on the chain there)

Restarting GC solved the problem, so I didn’t lose whatever calibration I had. And it finished the cut perfectly. I’ll try to recreate it but right now I’m dealing with a bad back… i threw it out jumping up at the Jax/buffalo game couple weeks ago and stood too long yesterday, I was going through malslow withdrawal and apparently overdid it…

Sorry about your back. I’ve been there. Take care of that.

PM me you address. I’ll print you a Z-axis motor cable holder and mail it to you. 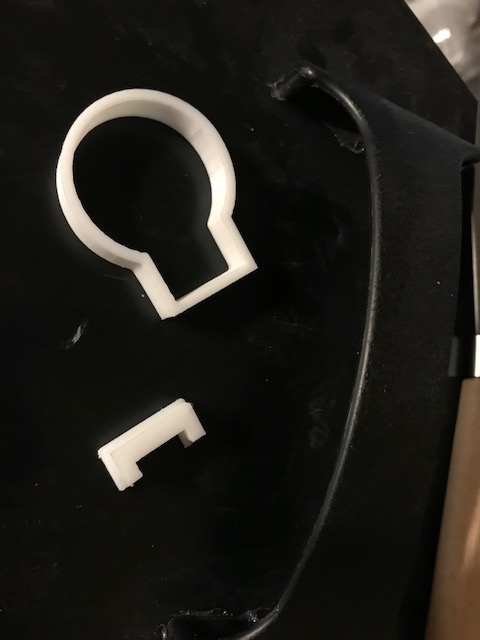 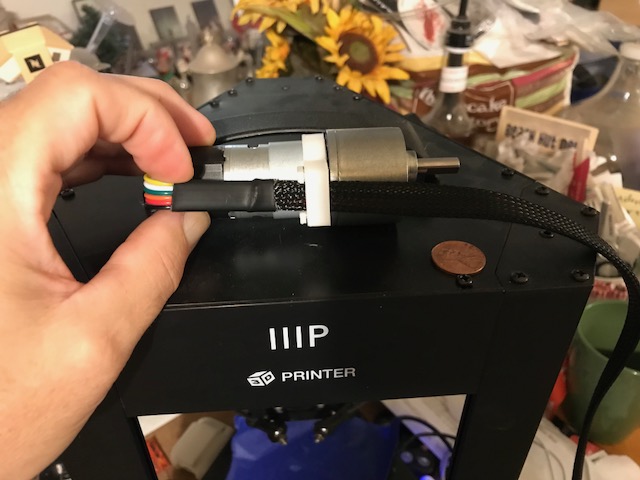 So over the weekend I made a pencil cap to go with the 5/16 hole I made in my sled. By securing a rubber band at 2 points I can strech it over the arms on the cap to keep surface tension on the pencil. The end goal is a almost free solution for marking before cutting by using Ikea free golf pencils. I have one more design to do then I will share the files. [IMG_3448][IMG_3449]

PM me you address. I’ll print you a Z-axis motor cable holder and mail it to you.

Very nice! PM on the way!