So we are going to be packaging all of our kits with USB drives pre-loaded with stuff like the instructions, sled SVG files, arduino IDE, and snapshot versions of ground control and the firmware.

Our goal is that users that might not have the most stable internet connection or maybe their shop doesn’t have a data connection, can get set up and running straight out of the box.

Aside from throwing some sample projects on there, is there anything else you would like to see on the drives?

Throwing a picture of the preliminary drive design on here because I think they are going to look really cool.

p.s. these drives won’t have any impact to our ship schedule, the lead time is only 6 days. 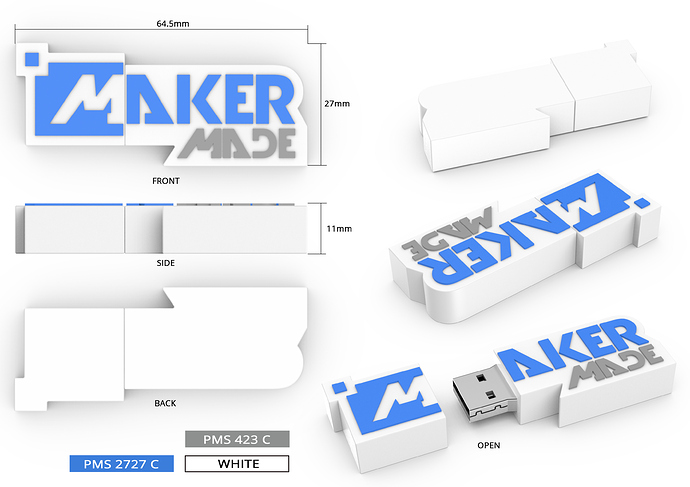 If you haven’t had an opportunity to check out our kits, you can find a link in the market on the community garden or by going to https://www.makermadecnc.com

Aside from throwing some sample projects on there, is there anything else you would like to see on the drives?

I think sample projects are a great idea!

I always loose those caps within a few millisconds. I would have the cap blank and the body have the whole logo.

There are some flash drives that retract into the cover rather than having a
cap.

How about either including something to convert SVG to G-Code, like the offline version of MakerCAM. At a minimum, links to sites that you can use online should be included in the instructions.

Great feedback! Definitely going to make sure this makes it on there.

How about a gcode reference dictionary and a gcode tool like bCNC or g-code simulator.

How about a linux with Ground Control and the Ardunio IDE setup, a fall back OS for platforms that support USB booting.

Do you mean a linux image that is bootable and contains all of the other files within the image?

I’d need to do some testing to make sure both Mac and PC could use the same bootable media. Looks like i have a project for the evening!

A little off topic from the original post. Have you thought of having a chain length upgrade for people who might want to build their kit wider and taller. It seems like a major issue for people to lengthen the chains and it seems like you could be a good source for chain. And possibly calculate the additional chain length needed for oversized frame and top beams and sell the correct lengths and master links for previous buyers who would like to upgrade their current maslow.
Also once you have fulfilled your first preorder shipments will you have individual replacement parts and assorted router bits available to purchase?

It is possible - ubuntu 16.04 it’s old and stable - current is 18 but being new it’s less vetted. It is possible to have a bootable USB and store Fat files on the same drive. If you need a hand let me know.

How to write a USB stick with Windows. 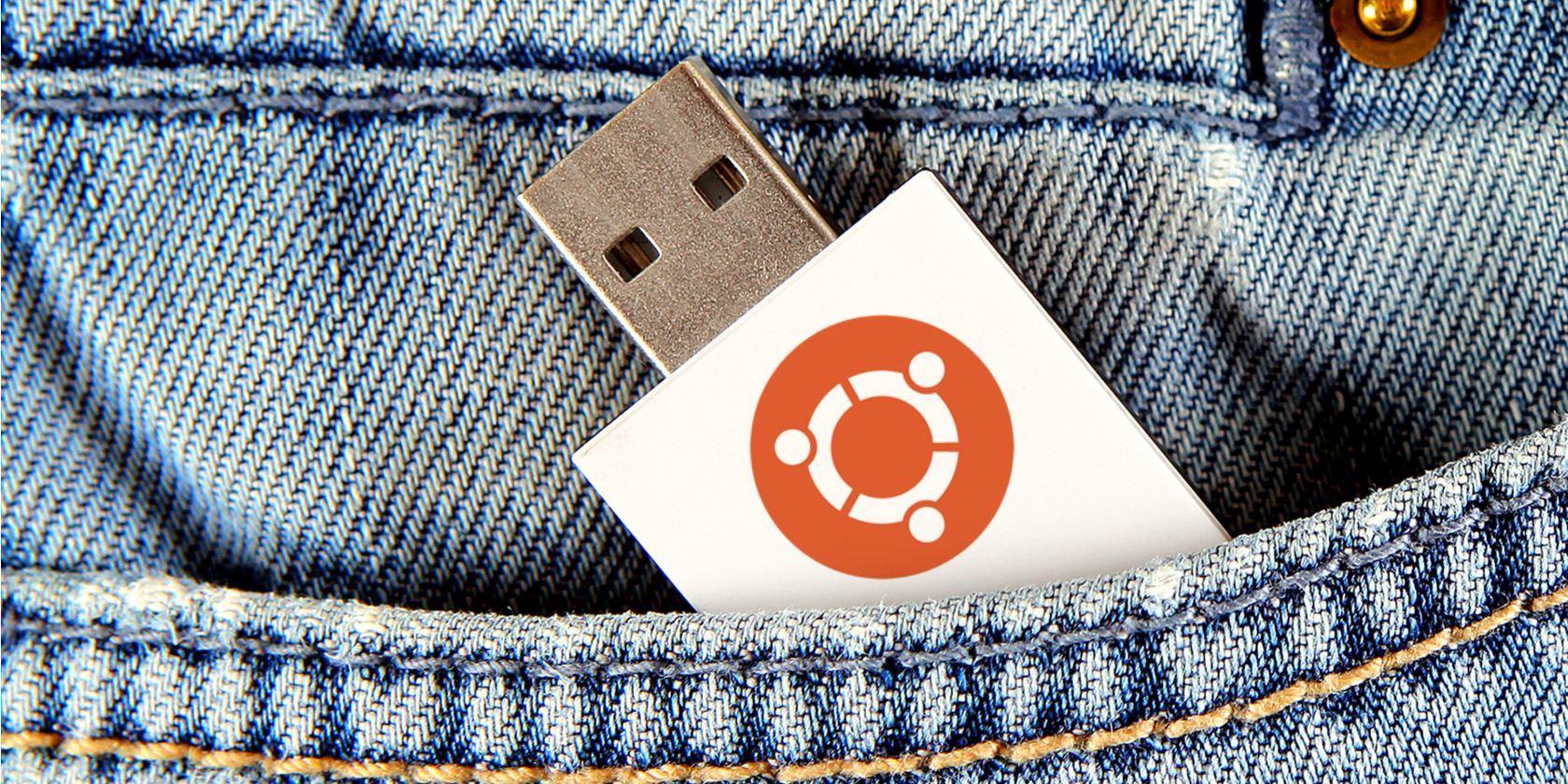 Keep A Portable Ubuntu Installation With You Wherever You Go

I also have an image based on Ubuntu called puppy linux. It’s stronger and designed for older Pcs.

I only support 64 bit installs. If your trying to stream serail data on a computer over 14 years old your being environmentally unfriendly in my opinion. There is a lot to consider.

I was aiming for the widest audience with reasonable support. Some of the current tablets are locked to keep users from booting any alternative operating system.

If you would like to talk off line shoot me a PM with a phone number and your time zone.

Once we get our production finished for the kits, we will be investing in parts and bits. Chains wont be a problem either, as we buy our chain in large rolls and break it rather than order specific lengths.

We will also start pouring our time into newer innovations and focusing on expanding the functionality of the machine.

I only support 64 bit installs. If your trying to stream serail data on a computer over 14 years old your being environmentally unfriendly in my opinion. There is a lot to consider.

Sorry, but I hadn’t met my daily quota of smart a-- comments yet and I was desperate.

Just realized I paid the same price for my current laptop with 8gig of ram and a 1 Tbyte hard drive as I did for that Vic-20 with 5k of ram and cassette tape storage. Wait, my phone has 16 gig and cost me $29. Oh, for the good old days. Ouch, I just had to smack myself on the back of my head.

Oh, and my sister just realized she was still paying for AOL dialup service (and she picks on ME for being blonde)

Someone raised an old post from the deal on amiga.org about amigaPython 2.3.3 being released (in 2004). I immediately thought about trying to adapt GC to run on my Amiga 2000…

I have one of those too; ground control would be a nice use for it, never used it for much except a photo viewer, too slow. While it’s been stacked in the corner for years way back when I hacked it although I don’t remember how, I thought it was a 68K processor but giggle says pentium-M

I’ve got one of those Sinclair programmable calculators from the 70s, can you port GC to run on it? It might be a nice use for my dual floppy 8088 Multitech, but getting openGL support for an MDA might be a nuisance.

Would it be possible for me to get one of these as I recently purchased a kit but have yet to put it all together. This will probably come in handy. Thanks

Is the sharp angle to the left of “Made” there for a reason or just to catch on everything it passes? Is there a way to incorporate a lanyard into the blue square on the cap so you can hang it on the frame somewhere so you don’t lose it when your Maslow is idle or in storage. Just a thought, looks pretty cool though.

Are the flash drives available to purchase ?