Maybe not a pro tip but definitely worth a consideration for anyone thinking about soaking their sled in polyurethane as I have.
Long story short: I coated my sled in 4 coats of Polyurethane thinking it would help with surface travel.
Pros: it worked great for high quality plywood where tear out is not common
Cons: softwood like Pine that tends to have burrs stick to the edge of the cut will rip into the Poly.

What you’ll see: sled will start bumping and you might see an error on Ground Control “the sled is not keeping up”

Recommendation: steer clear of polyurethane if softwoods are in your future.

The following picture is my sled with four coats of Poly with a total of 6 hours of work time on her. Notice how the poly has been chewed through in areas. These areas are creating sticking points when the sled goes over existing cuts. 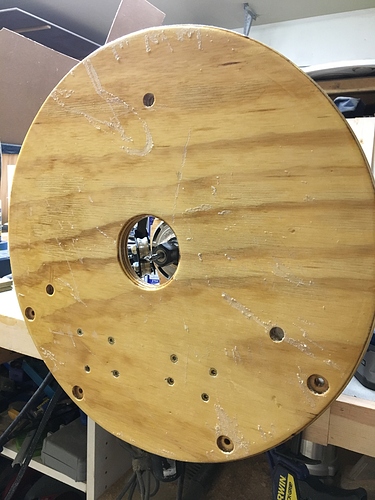 What’s next for me?: i’m Moving on to upgrade my sled with a UHMW bottom. Will post pics and performance when i’m Done

@tmd did it get hard enough when it dried ? Ive made mine out of 3/4 pvc foam board it works perfect and it has a nice smooth surface but would like to make it smoother . Maybe tabletop epoxy resin ? 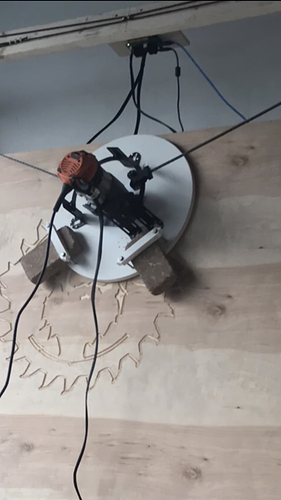 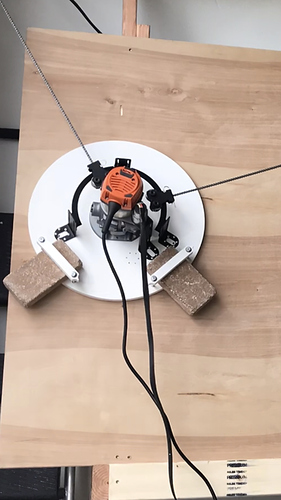 I coated the bottom of my sled (and top for that matter) with about four coats of polyurethane and it’s rock hard. Did you use the spray or bush it on thick? I used semi-gloss MinWax brand with a paint brush. So far it’s holding up really well. I’ll keep an eye on it.

I used the high gloss brush on with light coats. It dried four days before use.

I hadn’t thought about tabletop epoxy resin although it might work. At any rate, i’ve Already installed the upgrade to UHMW. I’ll post pics later.

yes UMHW or solid steel is the best base IMHO.

I can vouch for the effectiveness of HDPE, which is similar to UMHW. I’ve been running my sled with a 1/4" pad of HDPE attached to the bottom and it has a noticeable effect on accuracy. Burrs in both plywood and aluminum have scratched it up a bit, but that has not affected the improvement in sled travel.

HDPE is much less expensive. you can take a propane torch and melt any deep grooves back smooth again with hdpe. a very thin layer is all that is needed 1/16 would work just fine.

I used pvc because I had some laying around. But what you suggested makes more sense. It works fine but after a few cuts it gets scratched. HDpe is much stronger right ? And is there a way to make is very smoot ?

Most plastics are have less drag than plywood, so I would figure that PVC would be an improvement. HDPE and UHMW both are specifically designed for low friction, though, so they will be better. HDPE is cheaper, which is why I used it.

I would just heat-polish the surface, like @aluminumwelder suggested with the propane torch.