Try downgrading Cython , and try to run it again.

You may also need to login with Xserver not Wayland, which Ubuntu 17.10 defaults too.

Not sure what version of python comes with 17, but you can find out by typing -> python -V in the terminal. If it shows a 3 in the front, you need to start GroundControl with -> python2 main.py

Since the source for Kivy is readily available is there a way to beat it over the head and skip the buggy version test? Then offer a version of GC for those with the right hardware that fails the bad test.

I requested this at least 2 months ago - it only heard the sound of crickets at that time. I second a option to bypass the check, however this is Kivy dev so forking is going down a slippery road.

But you live in a swamp so you know slippery!

So I believe I have changed to use Xorg by logging out and signing back in. I just tried installing cython using the script you provided and this is the terminal output I get. 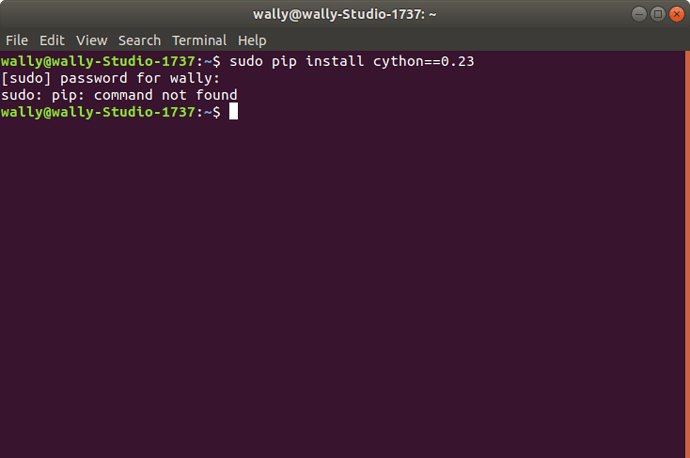 Is there something I’m doing wrong? After this I’m going to explore Ubuntu 16.04

You are missing the python pip package. Try running these four apt-get commands.

and then run:
pip install -r requirements_linux.txt
From the Ground Control directory.

So when I tried to run the script below, I received an error. 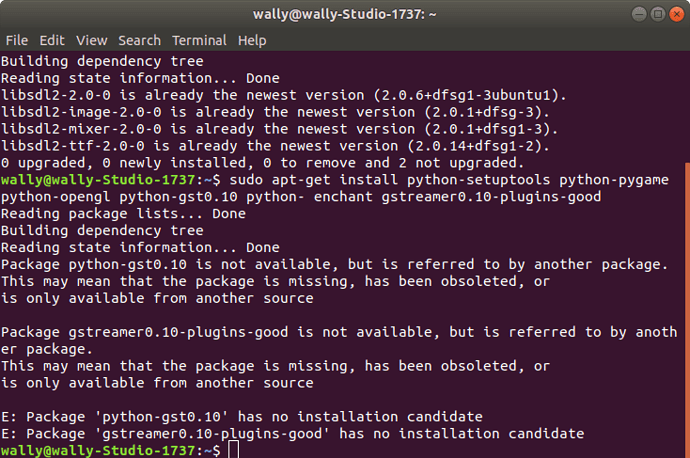 I’d figure that even with this error I would still try and proceed to install the other script. The last two scripts below installed properly.

So I proceeded to install this script below and received this error. 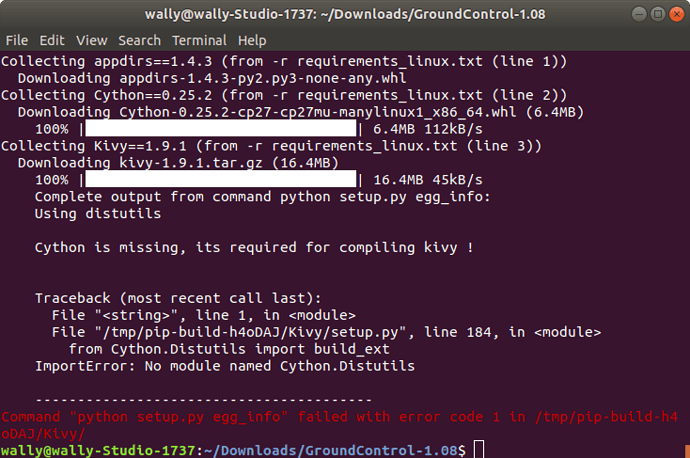 @TalleyMakeWork Sorry to see you are having so much trouble. But, as mentioned, if you are new to Linux, the LTS version 16.04 should be easier to work with.

Are you getting the same error when trying to run GroundControl?

What are the results of the following?
lsb_release -a
uname -i
pip list