Selecting order of cuts in makercam?

Been cutting a few arcade cabinet control panels, I designed in photoshop, converted to SVG then brought my design into makercam. I used a pocket operation for the buttons and joysticks and an outside profile cut for the outside cut.

The issue I’m having is when cutting in groundcontrol it will do a small pass on one button hole then move to another and another until all of them are at the same depth then it repeats until it routes all the material out. Unfortunately because it’s doing this, it’s taking nearly 4 hours or more to cut a simple control panel. I don’t mind that it’s making a lot of shallow depth passes but I do have an issue that it only makes one pass on a button hole then moves on to another. The moving of the sled from one to another and back again is so slow. I’d rather it just work on one hole until it’s done then move on to another.

So my question is at what point in the design process can I edit this so it cuts more efficiently and how?

You can try a gcode optimizer… i linked one I found in a thread somewhere here… you can also try Easel. Even though it’s intended for specific products, you can use it to create gcode that will work with maslow. I found that it’s much more otimized than what makercam puts out.

I found a tool that optimizes gcode: https://github.com/alsliahona/gcode-optimizer. Looks like it was last updated 4 years ago, but I don’t know that it would matter. Seems to work. I put my flag gcode in it and it really did a nice job of optimizing the tool path. I haven’t tried cutting it with the new gcode, but it certainly looks more efficient. Before optimization: [flag-unoptimized] After optimization: [flag-optimized] It still seems to lift the router bit, move over a step, and …

A G-code optimizer! Of course! Thank you so much! I’ll try that and if it doesn’t work out I’ll try easel. Thanks very much!

I agree. I am going to try the optimizer… But until then, making the holes EACH THEIR OWN operation will prevent what you described above. I have experienced this. It is a result of what is quicker in design. In this case, however, taking the time to assign all cut criteria separately will save much unnecessary z-action and travel. Hopefully the optimizer makes all this moot!

I see, so your saying to select each hole one at a time and make it its own profile rather then selecting all holes and making one profile? This will at least help the traveling salesman? So if my assumption is correct, when I select all holes and make one profile, the software just does whatever it feels like? I wonder if creating the profiles in the order I want them cut works? At least now I have some things to play around with and test.

You could also try to check -> 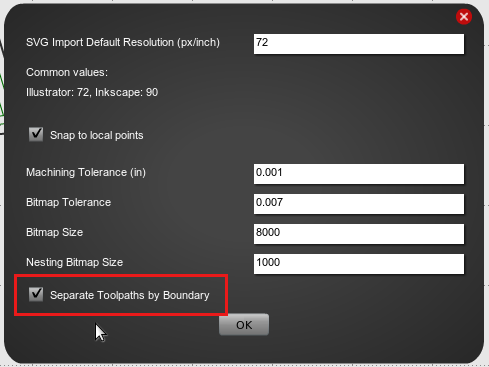 In the ->Edit -> Preferences

This should also result in separate toolpaths: 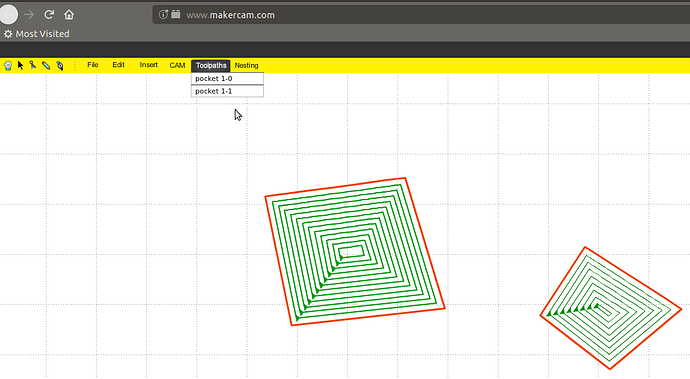 Edit:
The order of the operations then can be changed with the +/- buttons when you export the g-code.
Don’t forget to select all after moving them around, before exporting. 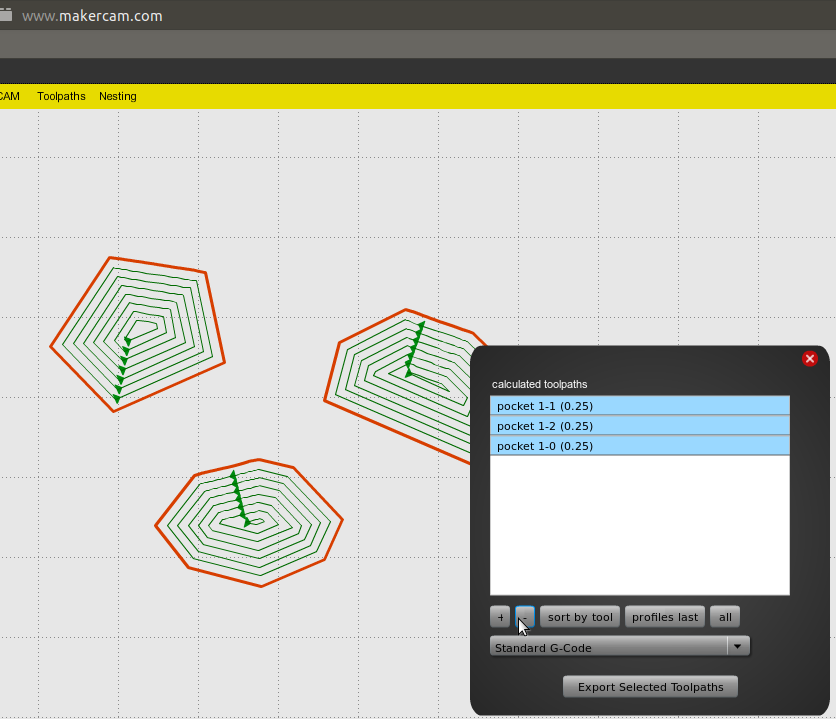 It’s not necessarily doing what it wants (however much I agree with you… That’s all I can imagine sometimes!

). It is taking your instructions of doing one ENTIRE pass on ALL of the grouped operation before it starts on the second pass. And then it has to repeat it’s traveling salesman antics again

! Along the lines of “doing what it wants” it does seem to randomly pick there to go next and be all over during each op.
Another thing that I hope the optimizer fixes is: after it has finished one pass it lifts the z to safety and right back down for the next pass. This is even when it doesn’t travel. To reiterate, I hope the optimizer is “smart” enough to avoid this. I’m also hoping to learn how to do what @Gero is suggesting! I usually see stuff like that and assume it will change something that I’m ignorant of and won’t even know what I’ve screwed up

Another thing that I hope the optimizer fixes is: after it has finished one pass it lifts the z to safety and right back down for the next pass.

Don’t think it does. Yes… annoying

What can I be attentive to that will bring consistency?

This is a wanted feature for drill-operations (pecking). It ensures that the chips are removed befor you create a fire. Specially for a down-cut bit this is important. I assume that a simple software like makercam puts it in automaticity for pockets and for drilling and removes it only for profile-operations.
The reason that it’s also in there for pockets might be that it could be a small pocket, just a little bigger then the bit and then you would also want the chips removed.
I suspect that ‘advanced software’ like F360 would decide on the size of the pocket and the selected bit if it is necessary or not.

I think the gcode optimizer I linked just rearranges the toolpaths such that it minimizes travel time between different z axis moves. (That’s why you shouldn’t use it with tool change operations). It might eliminate and up/down at same spot, but I don’t think it does. I could be wrong, but as @gero pointed out, it would eliminate the pecking for drill operations if it did. 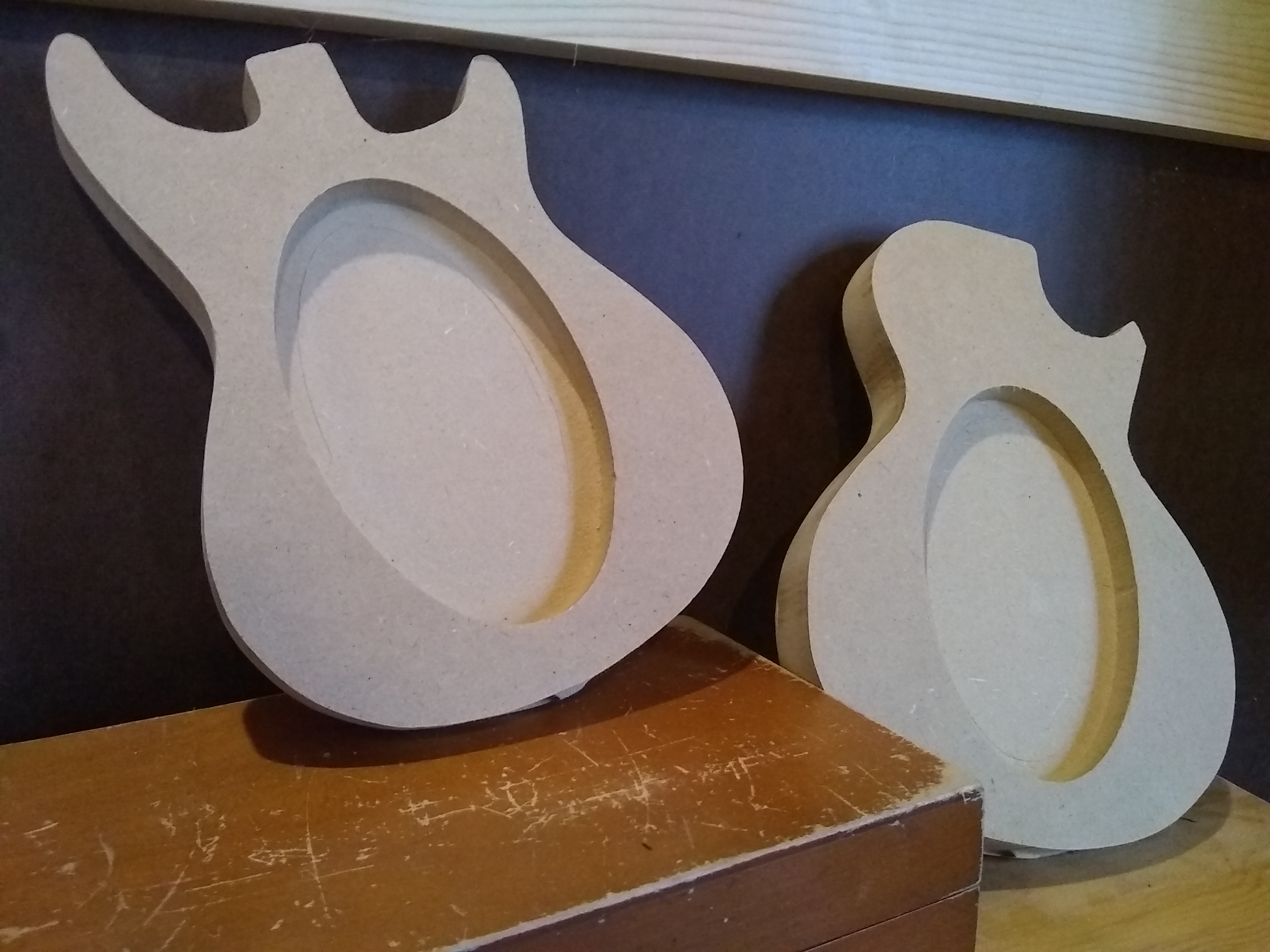 These “pick trays” had an identical pocket op on each and they were on the same file. One of them did much more spiraling resulting in less z action than the other… Drastically shortening the cut time. This is why it seems to have a mind of its own. Maybe this is the type of thing that the optimizer would take care of based on the cut path changing.

Do you still have the file?

I went back to my photoshop design and fixed some issues from the first design and then took it into makercam and made sure to assign each button its own profile and in the right order. I also found a G-Code optimizer from XYZBot that did even better. Here are the results before and after. 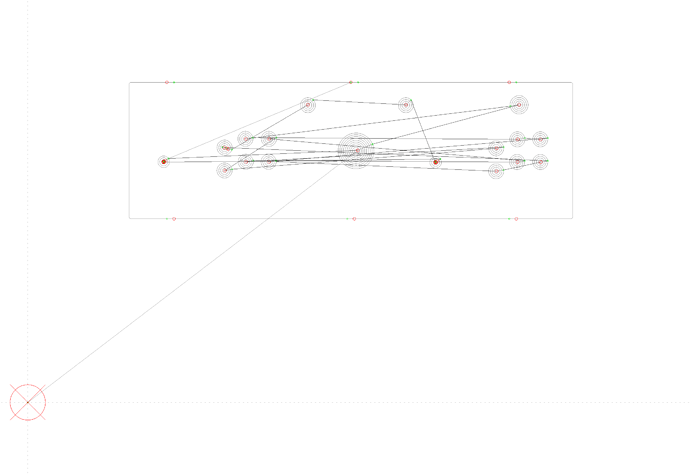 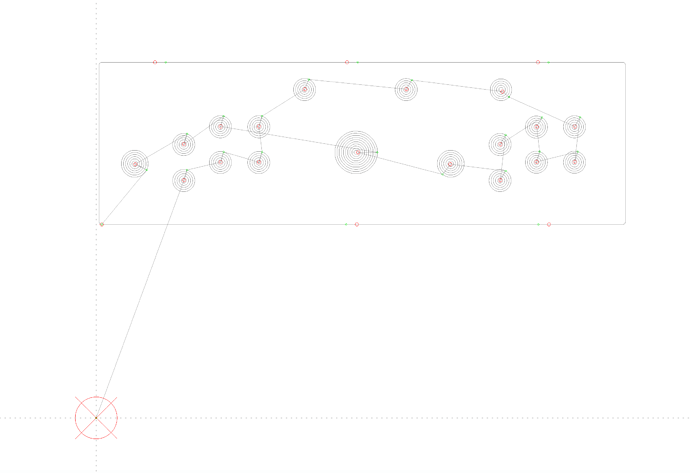 Yes
I have the file. It would be on the computer in my shop. Would you be able to take a look at it if I was able to send it?

So you were able to use the XYZ bot successfully to have it rewrite the g code? I have seen that before but didn’t understand how to implement it. The visual change looks amazing. I’m excited to know your results! XYZ🤖

Yeah it was pretty easy, i just uploaded my code from makercam, hit start and it goes until you stop it. My original (new redesign with individual profiles) was already pretty optimized. The first cut I made which failed amazingly at hour 12 was a travesty. I’m cutting the new optimized design and I’m about 2 hours in at 52% so already a 50% improvement. I estimate a 4 hour and 30 minute runtime, which would be better if my bit wasn’t getting dull. Tomorrow I’ll change out my bit and try to optimize the pocket profiles even more. At least I’m learning the software.

So you uploaded the code from MakerCAM? an .nc file as exported gcode? It seemed like it wouldn’t accept whatever I tried before, however I do take that with a grain of salt as I believe my Shop computer to have issues.

Yes! So you export your gcode from maker came and then upload it to xyzbot. There is a start/reset button and a stop/continue button and a same or export button I believe. So you upload the .nc file hit start and stop it when you don’t see any more improvements. Then export it and it will save it as whatever you named the original with the word “optimized” in front of it. Then you send it to groundcontrol and watch it go.