I’ve been watching this project for some time now and I first want to understand the technology involved before I start to spend money. As my budget isn’t very big.

I have An arduino and i have 2 small DC motors that have sensors mounted on them. From So i wonder if i can make this work as a mini plotter.

This way i can then explore the electronics and firmware, and once I know how it all works then i can make the move to the full size machine.

What i need to know first is if the sensors on the motors that i have are usable with the maslow electronics.

I found a few images of similair motor online. Not sure if it is the same type, but from memory they appear very much alike. 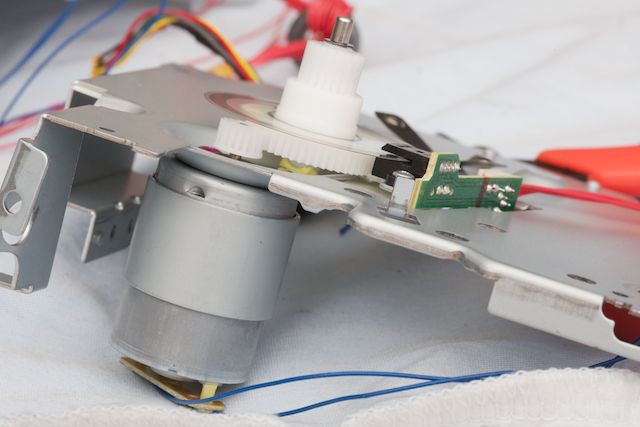 I Will make a picture of the actual devices once I’m back at home. And upload it here.

Not sure if you want tinker projects like this here on the forum, So that’s why i placed it in the uncategorised section.

If inappropiate then feel free to delete it. (though I hope I get a few answers first since it would be nice to get familiair with the technology)

it applies a pwm signal to one of two pins to spin the the motor in different
directions plus a motor enable pin.

The maslow assumes that the motors will not rotate by themselves (the worm gear
prevents pull on the chain from rotating the motors), even when everything is
powered off.

If you can meet these assumptions, go for it (other people have already)

If not, let’s see what you are doing and talk about what modifications would be
needed to support your version.

I think the encoders are quad encoders, i will lookup the datasheets once i figured out the actual part number, and i hope the friction is high enough to hold a marker when the power is off.

you probably need worm gears to get things to hold in place with the power off
(there are other gear types possible, but they are not as common) 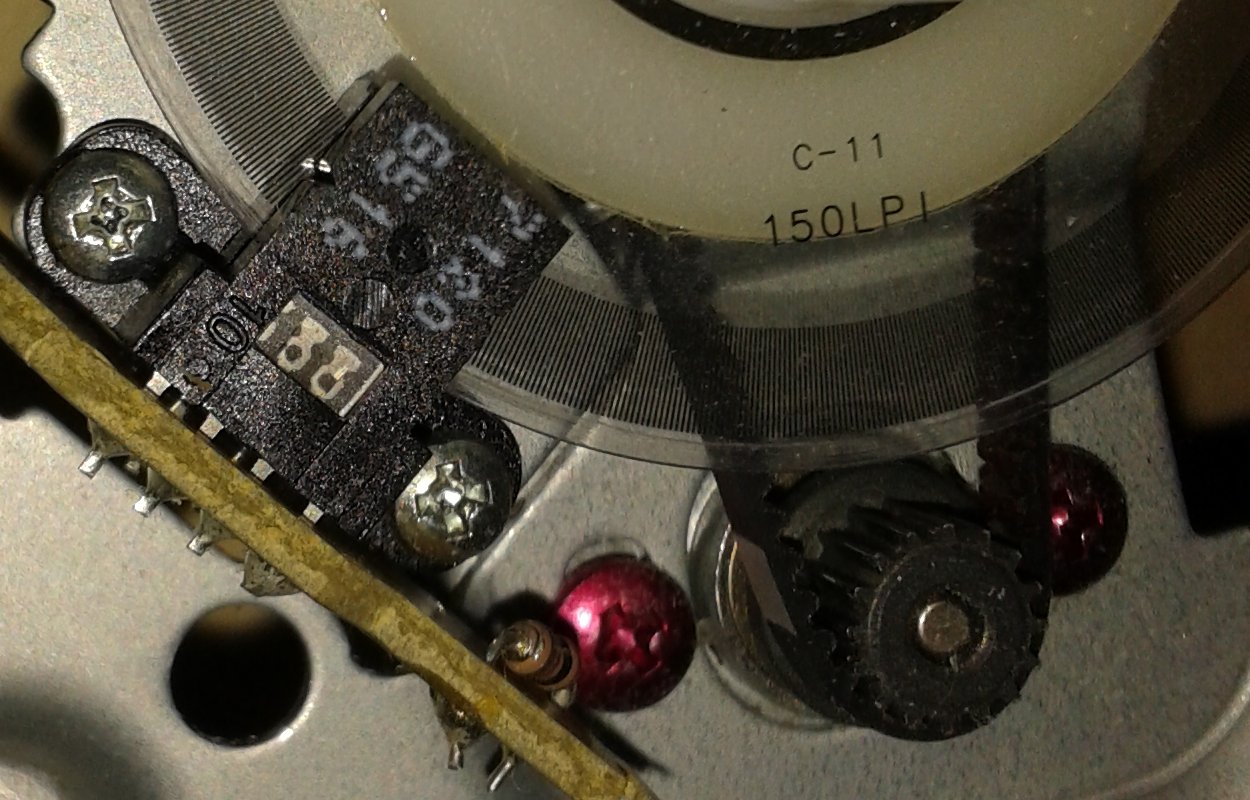 this is the actual motor + encoder that I have this one has a belt instead of gears.

I have been searching for the encoders datasheet (marked 7120 G516) but so far I didn’t have much luck.
It looks like it is quad encoder it has 6 pins. So at this point I assume there is a LED and 2 phototransistors inthere. I tried to measure between the pins but I can’t get my head around it yet

As long as I can get this working with a marker i’m happy, then I can figure out a software toolpath that works for me. (I try to do everything on an Ubuntu based OS so this could be a bit of a challenge.

Once I got though all the hoops then I can build the real thing. But for now I need to keep my spendings as low as possible. And it looks like this can be done this way.

I have not found the datashet for this specific part but this datasheet might be close enough to get me to the next step.

For othere who like to explore the same path:

The bypass capacitor on the board across Vcc and GND The resistor is the current limiter for the LED.
SO when you figure out What pins are Vcc and GND then the 2 other pins should be the outputs of the quad encoder.

Building a plotter is a really cool way to learn what’s going on.

It sounds like you’re on the right track, but keep posting if you have questions. I think you’ll find that the community is incredibly resourceful and helpful.

I just discovered that there is a 100ohm current limiter on those encoder pcb’s that’s a lot lower then what I expected… Looks like Canon only feeds them 1.5 Volts.
I will put a 2k2 resistor in place since i want it to work at 5V with the arduino.
I probably also will replace the by pass capacitor just to make sure it can handle 5v.

I’m still a bit puzzled by that 100ohm value, so I hope I’m not making a mess in this early stage.

I had a peek at the firmware source-code and couldn’t help but wonder if the firmware can also run on a Arduino nano. Does anyone know? Speed is not an issue for me. It’s just that i have several spare nano’s in the drawer and it would keep this project small

There’s some processor specific commands in there related to the way some of the timers work and the encoders are read so it might work, but it also might not. I’d say give it a go, and if it doesn’t seem like things are going smoothly, grab a mega.

Sounds like fun! I hope I can get this to work.

Still having a battle with the sensors… It looks so simple, but for some reason I can’t figure them out.

I don’t think they are broken, since they came from printers that where in reasonable shape, just no longer supported by windows… If there is someone who has experience with these sensors please let me know.

I’m not at that stage yet, even measuring the LED/diode pins doesn’t give me anything.

The data sheets i found from similar units and some of them use different voltages 3v3, 5v, and even 1v5

So I first need to figure out what diode im dealing with before i fry the basterd…
A service manual from canon eventually might be helpful, but those are also hard to track down.

I’m not at that stage yet, even measuring the LED/diode pins doesn’t give me anything.

The data sheets i found from similar units and some of them use different voltages 3v3, 5v, and even 1v5

So I first need to figure out what diode im dealing with before i fry the basterd…
A service manual from canon eventually might be helpful, but those are also hard to track down.

well, LEDs are really constant current devices, measure the current as you ramp voltage up, when you get near 10mA, you are at the right voltage (and you can use resistors to drop the voltage down from any source voltage)

Ah true, i’ll give that a try…
the power of the output transistors is also linked to the same powerline on the little PCB…

So my main worrie is not to fry it since i only have 2 of these.