I’m interested in building a Maslow machine but living in Europe I feel that the cost of shipping some of the proprietary parts is going to be a bit prohibitive. I think I can probably build something very similar using all the info available on Github, however the motors are a bit of a sticking point, and i have some questions. I have spent a little while searching the forum and have not been able to find the answers, so apologies if these have been answered somewhere else:

Is it 100% necessary to use the specific worm gear motors sold in the online shop? My thinking is that there are some very similar gear motors available from various places (amazon, ebay) which would be much less expensive and quicker for me to get hold of. However they do have slightly different torque/rpm/gear ratios and so on.

For example there are 12v worm gear motors available on eBay at the moment with hall sensor quadrature shaft encoders that have a rated speed of 10 rpm (I know this is slower than the 20 rpm of the specified motors), with a rated torque of 22.5kg.cm which isn’t too far off either (I assume counterweighting or lightening the sled could offset this).

I appreciate that the slower rpm will mean longer job completion times, but that doesn’t really bother me that much.

You apparently already have this part figured out, but for the record, the two most important aspects of the motors are 1) the worm gear, which prevents the motor from being back-driven, and 2) the encoder, which provides feedback for control of the motor rotation. The majority of motors for CNC machines out there are stepper motors, which are unsuitable for the Maslow control system.

Okay, now that I have that out of the way, I suspect that the motors you describe would work from the max speed point-of-view. I’m almost certain there is a max feedrate setting, which would allow you to limit the demand on the motor to within its specs.

Someone else will have to weigh in on the electronics/software aspect of the encoder.

use www.parcelmonkey.com Shipping those two motors would be around $35 to $40
I know many people have tried to make their own solution but I do not remember reading any success stories.
really not worth the hassle of trying to figure it all out IMHO.

Thanks for your feedback. I had just been thinking if saving a bit of time and money was was a just going to be a matter of changing a couple of constant values in the software, I would have been happy to do that. I can see that in the code for the GroundControl application in settings\settings.py there are constants defined for the dimensions of the machines as well as various characteristics of the motors (including the pulses per revolution). I still wonder whether just tweaking these things would allow the Maslow design to be generalised to other motors and therefore more accessible to people who already have other motors or just find them easier to source than the “official” ones.

I might give it a go anyway as the motors I have found on eBay are about $15 including shipping and from what I can see they are up to the job - it would just be a matter of whether the arduino firmware and GroundControl can work with motors that have a gear ratio other than the 291:1. I guess in the end it’s really more of a software question that I am asking.

when you buy the motors in bulk from china they are probabaly about that price too. the company doesn’t take small orders though.

yes, the firmware can be configured to work. There is an upper limit on the
pulses per rev, but that’s based on pulses/sec, but we don’t know what the limit
actually is.

I still wonder whether just tweaking these things would allow the Maslow design to be generalised to other motors and therefore more accessible to people who already have other motors or just find them easier to source than the “official” ones.

Yes! You can click the settings button and enter the information for any motor. Let us know which ones you use and how it goes!

winshield wiper motors might make a great option some of them can lift 70+ lb fairly speedy. all you would need is a 3d printed encoder wheel to count the steps.

and a much beefier motor controller board, they would pop a 2A chip very quickly

Hi all i want to try this setup: 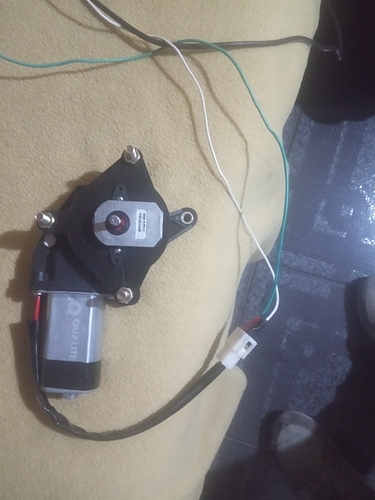 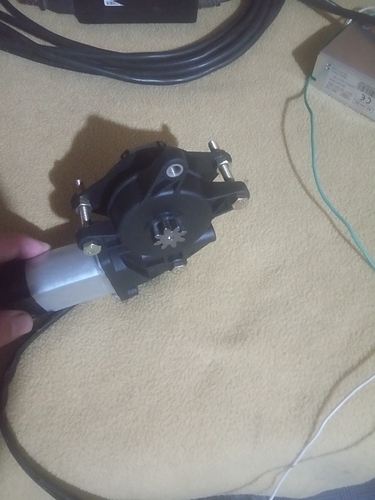 Would the infineon 9201 chip drive that at 6 amps? Or do you need more current?

yeah the peak current is something about 15 A. the driver I’m going to use is the Bts7960 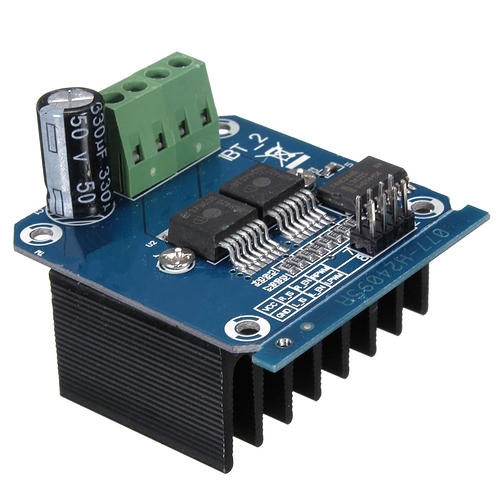 I believe this as been done. He shared his arduino shield designs here.