Variation of holey calibration to think about

the idea of holey calibration (make a grid of holes, measure them and correct accordingly) is a very good one, and done well produces good results.

The problem is in accurately measuring and then repeating the process.

So I would like to have people think about flipping the process.

Second, tell the system where the lines are.

Fourth, manually drive the router to each position and click to tell the system which point you are on (allow points to be defined and redefined in any order)

Fifth, have the system crunch the numbers and calculate the correction values.

Sixth, have the system drive to each point and have the person indicate that it’s correct, or if not, drive to correct the position (ideally this would be a different point than the first ones, further out or closer in to check if the calibration holds across a larger area)

loop though this until the person is satisfied.

The system can measure the chain position with very high accuracy, and I think putting the point of a v-bit on a crosshair of lines can be done far more accurately than trying to measure the distance between holes with a tape measure that’s (at best) marked in mm, with precision questions on the tape measure accuracy.

I would also change the default chain length so that instead of being a fixed 1651mm it extends the chains to the 1651mm length for you to hook the sled to, and then lets you drop the sled by one tooth at a time until it gets to the point that you consider the ‘center’ of your workspace (at that point, it should be within about 1/4" of the true center of the workpiece, but that is an easy 0,0 to mark and to drive back to.

I like your idea. The challenge for me would be drawing straight lines. Either way the challenge in calibrating is the manual part where I measure or draw. Can we get a sheet of squares printed and attach it to the board?

My sheetrock square isn’t square anymore… Not sure if my kid used it to harvest wheat or what.

a sheetrock square that isn’t square can still draw straight lines, you position
your pencil at one point and move the square along the side of the plywood (it
requires that the plywood sides be square, or you reference from one side)

It doesn’t even need to be a marked square that you use, two pieces of wood
screwed together will work. It just needs to hold the pencil at a constant
distance from the edge (you can measure that distance, still a possible source
of error, but far less critical than trying to measure the diagonals accurately)

something like this will reach about to the halfway point of a sheet of plywood
and is pretty accurate, yet cheap 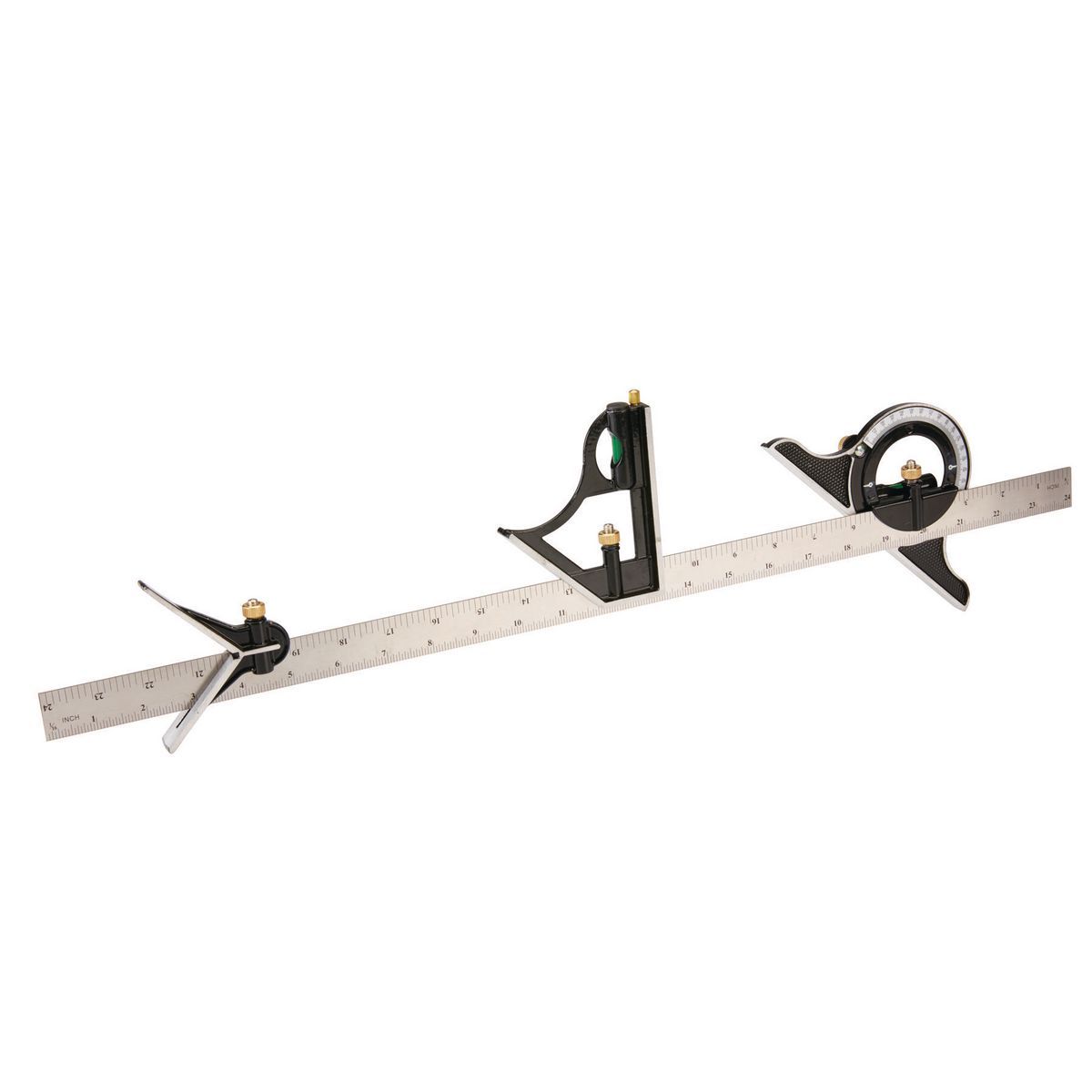 I can draw a straight line. I had drafting in college when we still used pencils, but my point was that “my” error introduced in this will be the limiting factor whether it is measuring holes or drawing lines. I think that will be the issue either way we still have the subjectively human part of this that makes it difficult.

I agree there is room for error here, but I think that there is far more error
in taking 10 measurements of holes than there is with lines like this.

It’s not eliminating error, just reducing it by simplifying measurements

How about printing out a template with the dots on them and drawn using CAD. if printed on a 1:1 scale this should provide suitable dimensional tolerance.

Just to add. All one would have to do is create a reference point or line on their wasteboard on which to locate the dot plot.

this is what the optical calibration option of WebControl was about.

What they found is that it’s really hard to get accurate large format printing,
the boxes were not actually square when printed out (it doesn’t matter for
banners, etc if things are off by a percent or two along one axis)

What they found is that it’s really hard to get accurate large format printing,
the boxes were not actually square when printed out

This is unfortunate because a decent large format plotter should be able to do provide a highly accurate print. Probably not something the local kinkos or UPS store might have available.

this is what the optical calibration option of WebControl was about.

I never really knew much about it but that makes sense. If so then what is different about drawing the lines (or dots) on the board then?

you would print a large grid (say 2" squares), mount a camera on the router, and
then it would find all the corners of the squares and create a large map of
errors, and when running would correct for the errors.

Very effective, but required a camera on the router to calibrate, and the
creation of the high precision grid.

my thought is that using just a couple lines would use the same math as the
current holey calibration, easier to measure.

my thought is that using just a couple lines would use the same math as the
current holey calibration, easier to measure.

Ok, now I follow. What I was thinking was using your suggested method but printing out the lines rather than drawing them. But the weak point is printing the lines accurately.

Yep, that’s why I referenced the optical calibration as the problem. We really
didn’t expect the line accuracy to be the issue that it was.

I had drafting in college when we still used pencils