Y-axis has deviation, is this a calibration problem?

I’ve been using the Maslow for a few months now with mixed results, but mostly it’s going well. Today, though, I ran a test cut for cutting out an end table top that is 14.5" by 24" at the widest. When I did, I found that it was about 3/8" too large on the y-axis side so I made up a new file to test it. Attached is a screen shot of the Fusion 360 sketch I made the cut from. 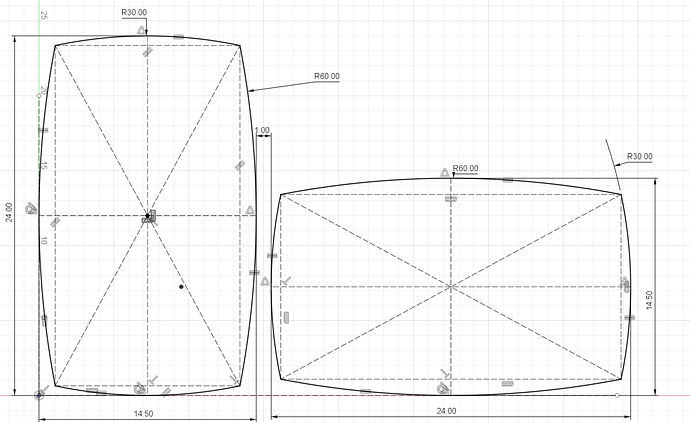