Problem: My z-axis will plunge to a depth of 1" or 2" or more, then it starts running the program like normal.
or the Z-axis will not re-track to above plain, then it moves to next position.

The problem started with in the last few months ago. I initially blamed it on the openbuilds anti-blacklash lead screw block (it was over a year old, and I thought the lead screw was just falling though or not picking up when it retracted) I replaced this. But that has not fixed the problem, it seems to occurs every time I attempt to run any gcode now.

note: ground control thinks the mill is at 0.4287 inches, but the next picture shows what depth was actually plunged to. 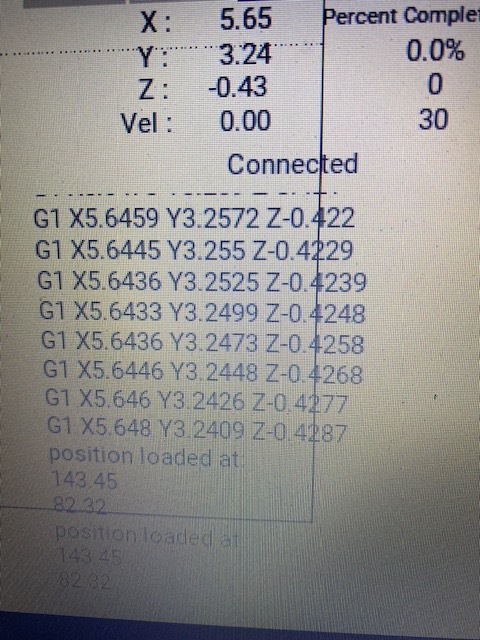 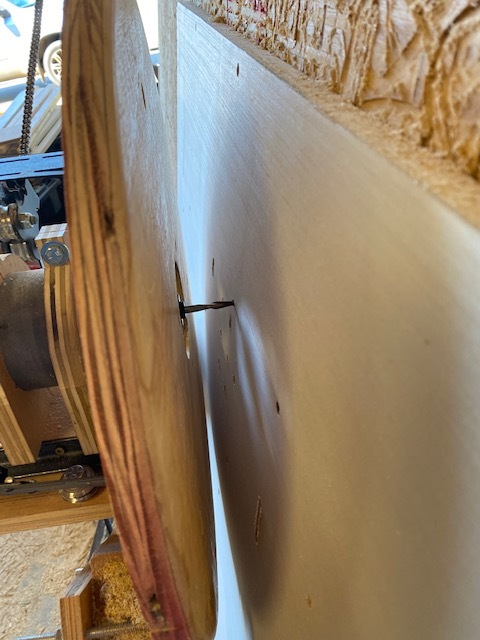 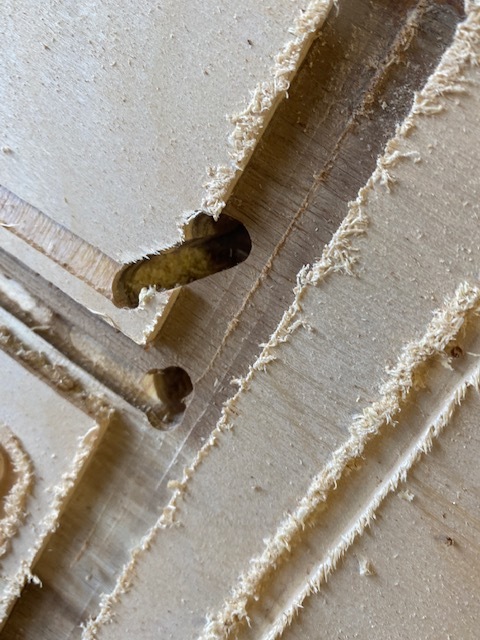 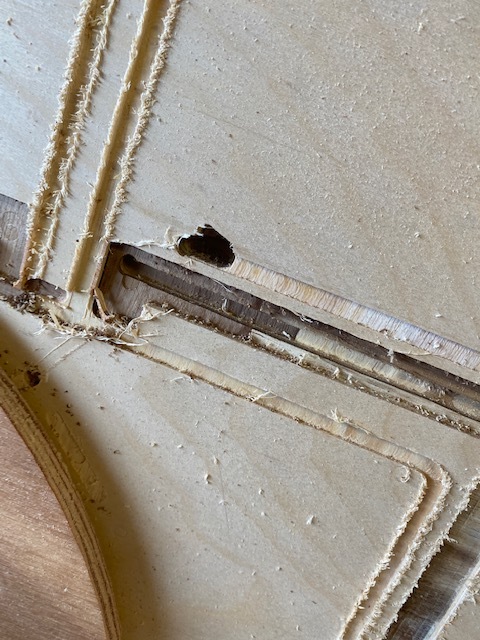 Any help would greatly be appreciated.

My hunch is that this is a loose connector to the z-axis motor. If the connector is loose such that the motor is still getting power, but the encoder pulses are not all making it back to the controller board the controller can’t keep track of the correct position of the motor.

My advice would be to unplug both ends of the z-axis cable, blow on them, and put them back firmly. If that doesn’t fix it we’ll keep exploring.

is it possible to buy just a new Z-axis motor cable? about a year ago, i managed to cut my cable in half…we soldered the ends back together individually and wrapped each cable with electrical tape. Its worked fine since then, well up till this happened, but I would like to replace it if possible?

My original cable got cut in half, its been spliced for a while with no issues…I took it to my dad he checked the cable with a volt meter and each wire tested out…just to make sure we cut the splice out and re-spliced it, tested with a volt meter, and all wires were good.

I do have a new cable on order, but I this point I don’t think its the cable.

If I had to replace something, should I replace my z-axis motor first or the shield itself? or both? I am running the shield that was purchased with the 3rd batch of Maslows CNC

Which setting is it that was zero?

should I replace my z-axis motor first or the shield itself?

I would say the motor is a more likely culprit than the shield. The shield doesn’t do anything with the encoder information other than pass it through to the Arduino, but the encoder on the back of the motor could be malfunctioning.

Are you able to replicate the issue manually using the jog buttons? That is if you raise and lower the router bit by 1/2 inch 20 times in a row does it end up exactly where it started and move the correct distance?

What do you see when you run Actions -> Test Motors / Encoders