It looks like the Z-axis mount could attach. I don’t want to buy one unless someone has tried it already 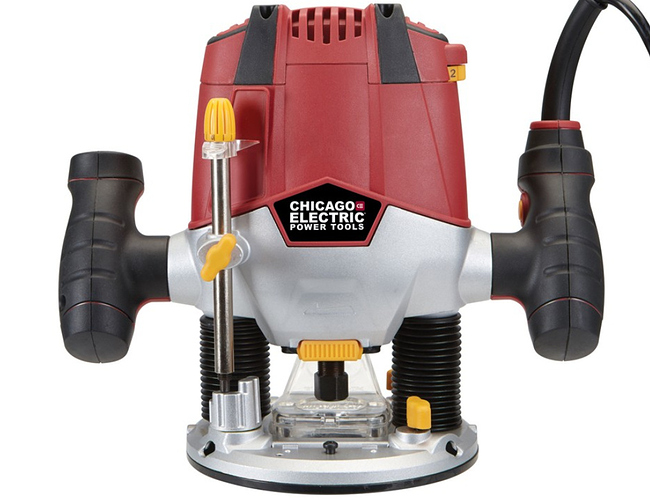 keep in mind that the depth gauge (on the left) is not a screw.

But you might be able to modify this router .

Ohh, but if you could attach the Z axis systems being tried directly to the router with a bracket, it could work if you loose the adjustment lock nut. Then the plunging action would be smother that trying to build a holder for the spindle.

The only problem I see is the power is in the handle, and if the ring or other mounting system is used the handles might have to come off and so the power would have to be re routed.

The difference between this and the Rigid Router is ~$20… save your $ elsewhere, a straightforward and reliable Z-axis is worth it.

The Rigid router is $159 in California. Do you use the $99 rigid trim router?

Ouch, no I have the standard router, bought it as a refurb online somewhere, $89, figured the full price wasn’t too much more than that.

Don’t forget the 20% off coupon dropping it to $60 with a free gift! I actually own this router and it works great for quick jobs with some slight adjusting options with the built in plunger stop adjustments. That said, like most Harbor Freight tools, it isn’t the most robust, accurate, powerful nor quality built router. It’s louder than most routers and has some definite weak parts that might not last the hours and hours it takes Maslow to cut out some parts. Then again I have some of their power tools I just can’t kill. With all the effort to build up the CNC and dial in the calibration, the last thing I wanted was to have a router go out three projects in - so I bought the recommended Ridged.

If you’re on a budget or have some extra time to make it work, it would be interesting to see how it does.

Hell, I was thinking of making a sled/mount and modifying this (see below) even cheaper fixed base model. I currently have one in my tilting router table as well as one in my pantorouter and my pantograph (going with another for a “3-D Copy Carver” ASAP too.) All of which, I have had basically ZERO complaints with…so far.

And, I certainly have yet to find another router with 1/4" 3/8" & 1/2" included collet capabilities @ $44 (before tax) sometimes $42 depending on coupon(s). And, it even has its on/off switch on top away from base (which it VERY easily unscrews from, see both shots of my own below.)

Will return once I am up and running…though, I am currently saving for the Rigid R22002. I ordered its Z-axis setup per the communities suggestions and it comes with a LIFETIME warranty. given it will never leave my Maslow…it certainly must fall under its extended warranty guidelines and if not, I’ll talk my way into a replacement given it eventually fails 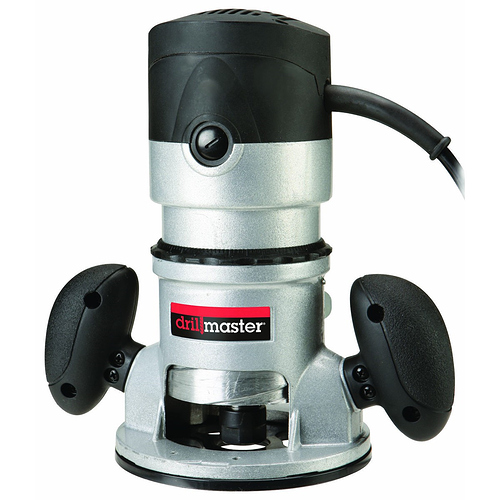 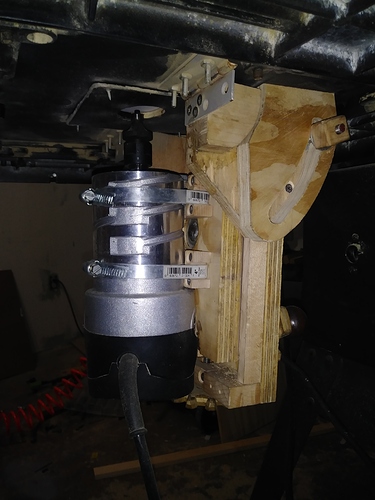 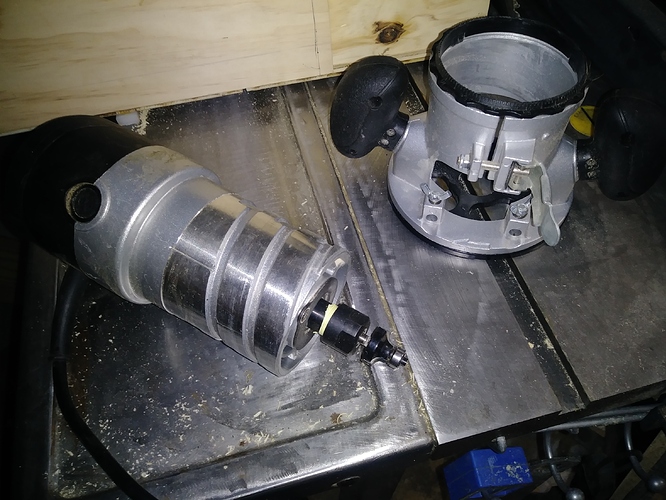 Someone made the z-axis work for that type of router, there’s a video of it in action here:

It seems to be such a “common sense” kind of idea. (I of course mean no disrespect with that statement nor mean to “downplay” ones genius.)

Looks pretty friggin’ sweet…once I master my Maslow I intend on experimenting with my mounts, linkages, frame, ETC. and hope to come up with something new or original for myself and all of us!

@bar Yea bro, I couldn’t believe how good they actually work. If they had an LED halo or similar as a light source & a built-in speed control (I use the HF speed controls with mine), they’d be nearly perfect. The fan behind the collet is pretty strong too so, it does a fine job keeping dust out of one’s path. Sometimes Harbor Freight is “the shit” and not “just shit”! If I can help or if you think its a good idea to spread the word on this model router I’m happy to take a set of calipers to them and take some measurements for you/the community. In passing, a HF district manager claimed its a true 2 HP as well. I currently am needing to acquire a “kill-a-watt” electric monitor and a decent tachometer to properly test draw & RPM. I will have both meters and more sooner than later…I’m happy to help us all in any way possible. especially, when it comes to one or all saving some cash!

or take 25% off any other item that they let you use it on…ENJOY ALL!

P.S. If anyone is considering previously mentioned router and mount combo…take notice that, the DeWalt shown in the video above has FAR more T.P.I. (turns per inch) then the fixed base HF router. As I am still a COMPLETE NOOB, I’m not positive if that’s a hindrance or not. All I can assume is, ones z-axis would need to run more delicately and with fewer RPM. 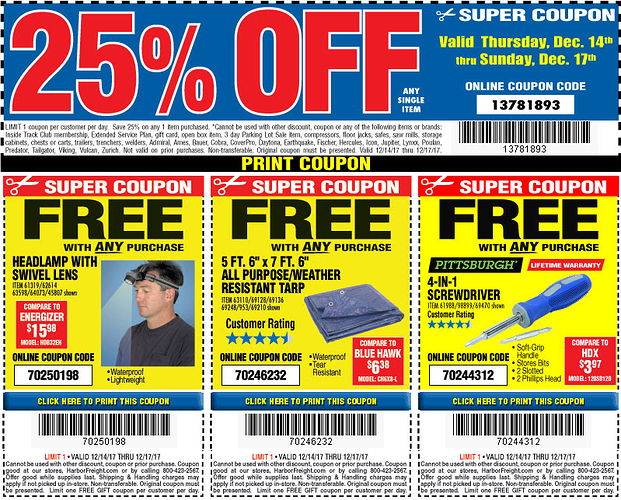