Any other Craft Brewers here?

My Starter Bit arrived, Yay!!! Not enough light left to put the Maslow together and fire it up today so I’m going to brew a 5 gallon batch of beer, or 19 liters for my non US peeps. As many of us have overlapping skill sets i thought I’d ask if anyone else here is into brewing? I think it would be awesome to develope a wood brew sculpture.

For those interested, the Beer was dry pitched wit US safe ale 05 yeast. Fluctuation started within 35 min. It is a last Extract Brew Kit I had laying around. It is a morebeer berry beer kit. Fermentables were to be 4lbs of Ultralight Extract, 2lbs of Bavarian Wheat, 4oz of Maltodextrose
The kit was missing the Maltodextrose & Bavarian Wheat. With the brew underway I used the included 4oz of corn sugar, added 2 cups of mccain’s oatmeal & 2oz of Malted Milk. We’ll see how it turns out but it’s fermenting well so far.

If you want to see the kit 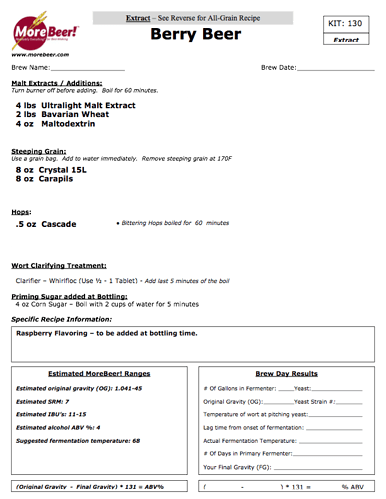 Just getting back into brewing after too long of a break while I re-built the house. That’s been a LONG project, but the inspections have all been passed and the permits are all final.

I have only brewed extract beers, but have wanted to try all-grain for a long time. I am modifying a 3-keg sculpture I bought a couple weeks back, I’m automating it and converting it from propane to electric. Hoping I can make some headway on that project this weekend.

I still do a full boil in a 7 gallon stainless pot over propane. I went to all grain and had this 1 kit left.

Have you seen the Grainfather system? Very cool on the brew sculpture. Where are you located roughly?

It’s been a little while, but brewing is on my long list of hobbies. I prefer doing the boil on gas myself, I tried once on an electric and it took fooooooooooooreever! Maybe that was the stove I was using, but I like gas much more myself.

I use my Maslow to make furniture, so a sculpture would just make sense. Thanks @Bee, now I have more projects for my machine!

The trick to Electric brewing is using the element from a hot tub/spa. I prefer that gas is analog. I can brew in the woods if I have the ingredients. It can be off grid. If you’re into all grain and don’t mind electric the Grainfather is as close to a 1 stop shop for brewing. It’s slower on US AC power. it was developed in europe. I am considering a Grainfather for it’s convenience. I can tell you every few years I go to brew and run out of gas, I have to race out to get a refill. It’s nice to not have to worry that could happen.

I’m up in the Pacific Northwest, between Seattle and Tacoma.

I brewed over propane for years, but at the advice of some brewing friends, I am switching my all-grain setup to electric. All the guys I know that do big batches (10 gallons or more into the fermenter) run electric systems. I’ve run propane tanks dry mid-boil, I always made sure I had a full spare tank on hand on brew-days.

According to the guy I bought it from, my sculpture wiped out a tank of propane in a typical batch if he ran it hard (hour long mash, 75 to 90 minute boil). That’s like $20 in propane per batch. Once converted, I won’t use more than a couple dollars of electricity per batch. Also a LOT less noise (like none) with electric.

I’m using an ULWD water heater element in the kettle and the HLT, each one is 5500 watt, so I should be able to get a nice rolling boil in my keggle without waiting too long. I’ll use a PWM controller to reduce the chance of scorching once it is at a boil. I have a 60A circuit wired in to run the brewing rig, just need to assemble the rest of the parts, finish up the welding, and wire up the control panel.

Yeah, I looked at the new all-in-one systems. Those are pretty neat. I went old-school, 3 kegs and a couple pumps, namely because the price was right.

Have you guys seen the Tilt wireless fermentation monitor? Those look REALLY cool.

For 5 gallon batches I do it all the hard way, stainless steel top, & glass carboys so far. I carry it around manually. I’m both lazy and see it as a exercise program. My brewing budy is trying to get me to go to the Grainfather. If you like to brew it’s pretty nice setup.

My sister sent me this -

it’s sort of a Mr Coffee of craft brew. I tried to tell her it’s too expensive that way. If I go electric I will probably never to back to propane. I only brew a few times a year at the moment.

Your system sounds pretty solid. Keep up the good work.