Anybody make money with a Maslow?

No worries, I just wanted to point that out before you ran into any problems.

Thanks all!
That’s interesting feedback about templating.

I would think that it kind of kills the productivity of a CNC, if only the template gets cut out by it.

the maslow is a rather slow CNC, that’s why using it to make a template and then
manually cutting with the template can be faster if you are making lots of
fairly simple parts.

In my mind I imagined,
Setup your CNC, go to bed, wake up … profit

please don’t do this with a maslow, if something goes wrong, you are left with a
spinning bit in contact with wood. We have had at least one person start a fire
this way.

Sorry to be the one to say this, but it is a bad idea to leave your machine running unattended. There are enough risks with running the Maslow that it can be a real safety hazard to leave it all by it’s lonesome. By being in earshot of my machine, I’ve caught it a few times before it broke something. At best, it ruins the part, at worst it destroys the machine. I’ve even seen some reports here on the forums of fire being caused by the machine.

I may be mistaken, but I’m not sure it would be wise to leave even large scale industrial machines running over some regular human oversight. The issues the maslow faces aren’t that different from commercial machines, although perhaps they have enough internal tests and safety cut-offs to shut themselves down automatically, but I suspect given variability in materials and bits there are still situations the pro machines can’t detect either that are dangerous and require humans to be present to react.

This is true. I’m a machinist, so I run 3 and 5 axis CNC mills on a daily basis. While these aren’t “high-end” machines by any stretch of the imagination, they are orders of magnitude more expensive and sophisticated than my beloved Maslow. I certainly trust the machines more, but I still don’t leave them running after I leave for the day. It’s just safer that way.

If I were hogging out a large pocket and my roughing end mill broke, my finish tool would most certainly crash on the material left over after the previous tool broke. If this is an aluminum part, I either break the finish tool or I gouge my part up enough that I have to scrap it. If this is something hard to machine like 304 stainless, I could burn out my spindle.

Now, certain manufacturers, like Haas, claim that they have enough brains that you can get an extra cycle each day by running after you go home. I would guess that, if one of those were in the previous example, it would alarm when it detected a huge increase in load like that. Probably still loose the tool/part, but it’s better than damaging the machine.

certain manufacturers, like Haas, claim that they have enough brains that you can get an extra cycle each day by running after you go home.

Lights out manufacturing! The risk of slagging down the work, machine and/or plant vs the cost of at least a security guard trained to hit the big red button when the magic smoke escapes. Plus it’ll be harder for somebody to hitch a chain to your 20 ton machine and drag it to the scrapyard behind their pickup.

At home you’re the guard and the argument continues on whether or not your insurance for our non UL (CSA, etc) listed gadget will cover the damage, then there’s the whole smoke/fire fatality thing. 3D printers have the same issue, and have started fires with bad results.

Remember the early 3D printer days when getting rich from your cheap 3D printer was a common but rarely attained dream?

I’d suggest starting with a Maslow if it passes the cost of getting it and the business going (lost time) vs big iron almost plug and play evaluation. If you’re successful then the time saved and production increase is worth the big bucks to upgrade to a faster and more powerful machine and add phrases like 3 phase and vacuum table to your vocabulary. If not it’s still a nifty hobby gadget

When I get a call asking how long will it run non stop before it breaks down. I support hobby class machines. I direct them to “Lights Out Machines.” My analogy is trying to replace a car with skateboard to do a cross country trip. To reply to the original question, yes. In my case the knowledge I gained on the Maslow has become my career. I think if you just enjoy watching things cut you might come up with a design that could make money. The people I have seen make money with it aren’t trying to. It’s just one tool among many. For instance I know someone making sets for film and TV with it. I didn’t buy a hammer and start analyzing how often I use it and what my return on investment is. I do know a professional wood worker, he makes chairs, tables and custom furniture. He has no automated tools, he is not interested. His products are feeding him and his family and it is his skill people are paying him for. My point is this sounds a lot like I bought a 3D printer. Now I want it to pay for itself by printing products how do I do that?
You are actually asking multiple questions that we can’t answer. The implied question is how do I make something and sell it. On top of making the thing you have to find a market for the thing and you have to run a business. You can be excellent at 2 of the 3 and suck at one and you will loose money. I have seen at least 50 users that are making money with the Maslow but not as a direct product. Making signage that marketed other services such as their maker space will translate to money. My only advice is if you are passionate about it you will find a way to make money at it. If you are not passionate about it, you will not.

Doing anything you are not passionate about for money is ultimately unrewarding.

There is a long blog post out there about making money with a CNC by a company
that makes boat kits. He started with a ‘cheap’ ($10-20K) machine years ago and
was talking about his latest machine (where the vaccum pump cost almost $40K)
and has two 4x8 tables, with an employee dedicated to removing parts and loading
the next sheet on one side while the machine cuts the other side. It goes
through multiple carbide router bits per day.

try to find it (it’s been posted on the forums multiple times) but Brandon is
right, most people making money with their maslow are using it as a tool to
support their business, not hanging out a shingle “will cut for money”
(although, if you have the ability to ship things cheaply enough and good enough
designs, you could even do that)

Instead of cutting a template Have you ever tried cutting an 1/8 into the final piece, to mark your cut line with maslow, and then finishing it off by hand?

Finishing off by hand, how?
You would need guides to ensure an accurate cut with hand-held router?

Or ya know a reciprocating saw

Can someone in this thread please make a 7 ft wide One dollar bill! It’s the visual in my brain every time I read the title.

Well that I get, but seems like a lot more work than even templating.
By the time you’re done with the jig saw, there’ll be a bunch of sanding and finish work to do.

This method was used in the Plypad -

Which method specifically, templating or cutting with Maslow to 1/8 and then finishing by hand?

By the way, the plypad (btw

Also this talk of templating and making initial cuts and then finishing by hand, have got me thinking.

Would be great if there was a 4’x8’ AxisDraw or something like that it, to trace out the design on the plywood. You can then go chop it up the usual way.

Another idea is to use a mini projector, to project the 4x8 drawing, then trace it by hand to the stock.

Why not fit a sharpie in the router and leave the spindle power off and set the depth v low and let Maslow draw on the wood?

Here are my recent two cuts that are finished. [image] [image]

True enough, I guess I’m hoping for an even lower cost solution than a Maslow in that case.

I was referring to templating and hand finishing.

Another idea is to use a mini projector, to project the 4x8 drawing, then trace it by hand to the stock.

This is how I made my Grinch well before I even knew about Maslow.

It worked, but was a lot of work. I plotted the design onto paper first (with a vinyl cutter and pen attachment) then transferred to plywood. I probably could have saved a lot of time by just tracing onto plywood from a projection, but getting the projection just right and setting it all up would have been a chore in our new to us at the time house. I also cut it out with a jigsaw, which was also not so fun with 3/4" plywood. 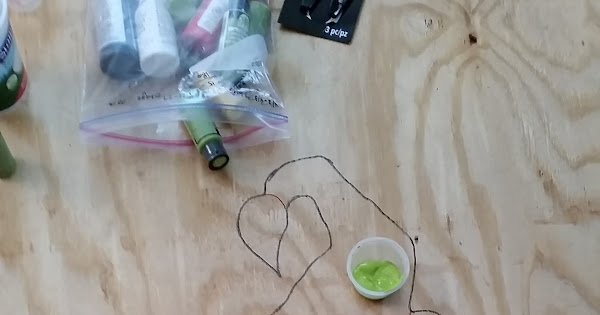 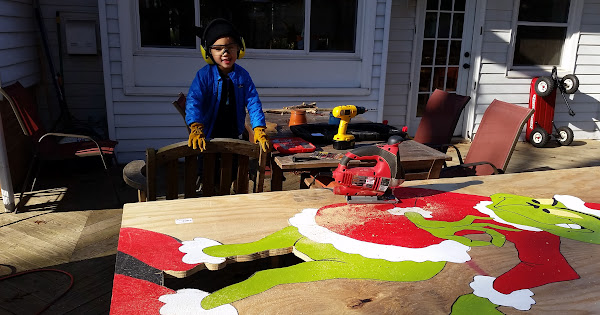 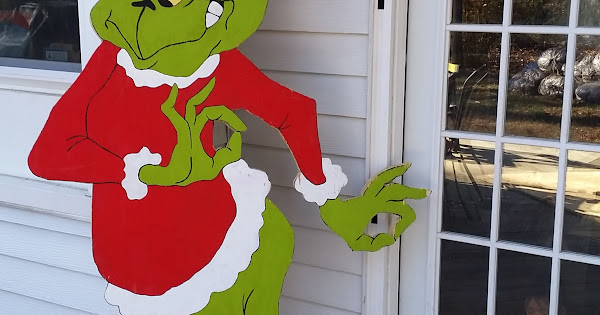 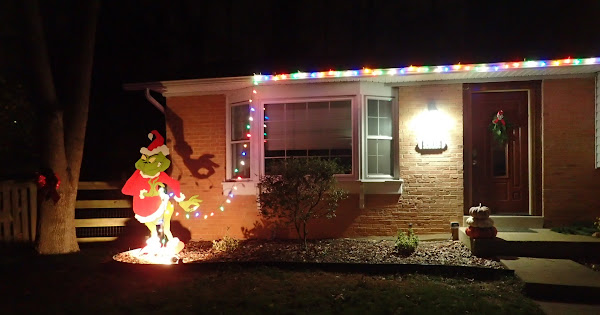 I have plans to use the maslow to both draw (I made a spring loaded sharpie holder I have yet to test) and cut Max, hopefully I can get to it before this coming xmas

Nice, that’s a good looking homemade grinch!
But look at all those wiggly lines, I can only imagine the “fun” cutting that out with a jigsaw.