When I try calibrating it keeps giving me an error. I tried in inches and millimeters. Not sure what’s wrong. It did the process of routing the 5 lines. But when I enter dimensions it gives error. 20180715_054324|375x500 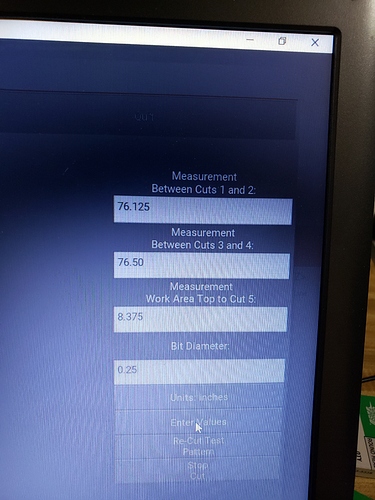 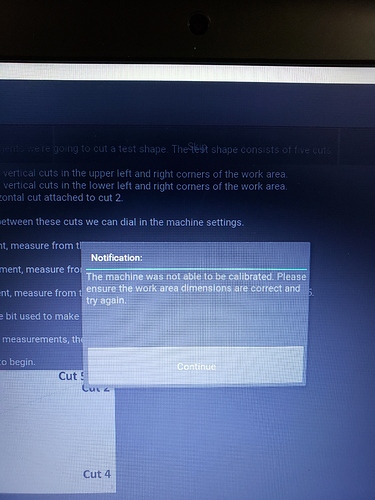 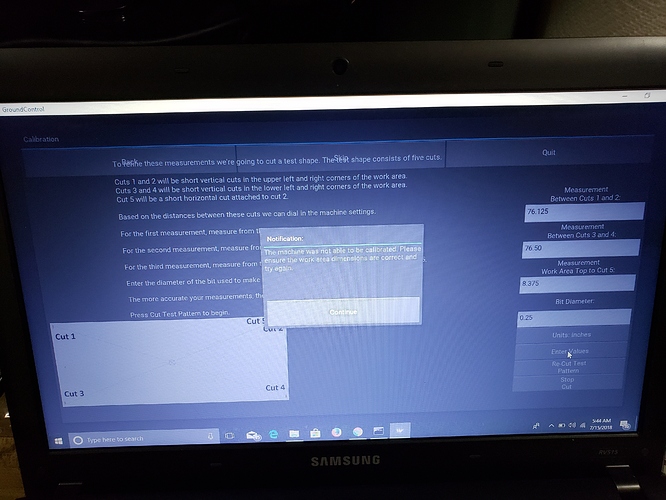 I believe that message is an indicator that based on the entered values it was unable to come up with a chain sag correction factor which makes sense. For some reason those measurements are making the machine think that gravity is going the other way (which for everyone’s safety is hopefully not the case).

Could the measurements be swapped? Is there anything else that could be going on to impact those measurements?

I’m not sure what’s going on. I ran the calibration three times and it hit the same marks every time. I just skipped it after that and cut final sled, which it did do. Only issue i had was my bit was set too deep in the router as it kept drawing down till it would pop the latch up that sits in groove to raise and lower router. And then router wouldn’t move up and drug across board and i stopped it fast. I adjusted bit out further and seemed to be fine after that. Only thing I’m trying to figure outis why but raises so high when moving. Makes it a lot longer to cut. Thanks for your quick reply, Bar!