I am running ubuntu in a VM using VirtualBox and can’t connect to the Arduino.

When I click Ports in GroundControl, it shows a long list of /dev/ttyS… port with, at the top, /dev/ttyACM0 and /dev/ttyprintk

I can select any port but when I click Connect, it says “Not Connected”.

I’ve tried entering “sudo usermod -a -G dialout julian” before running GroundControl (mentioned in other posts) but still no luck.

Do I assume /dev/ttyACM0 is the right port? What else can I try to connect?

Thanks for any help.

I had to restart after adding my user to dialup. I suggest installing the Arduino IDE and trying to connect from there first. 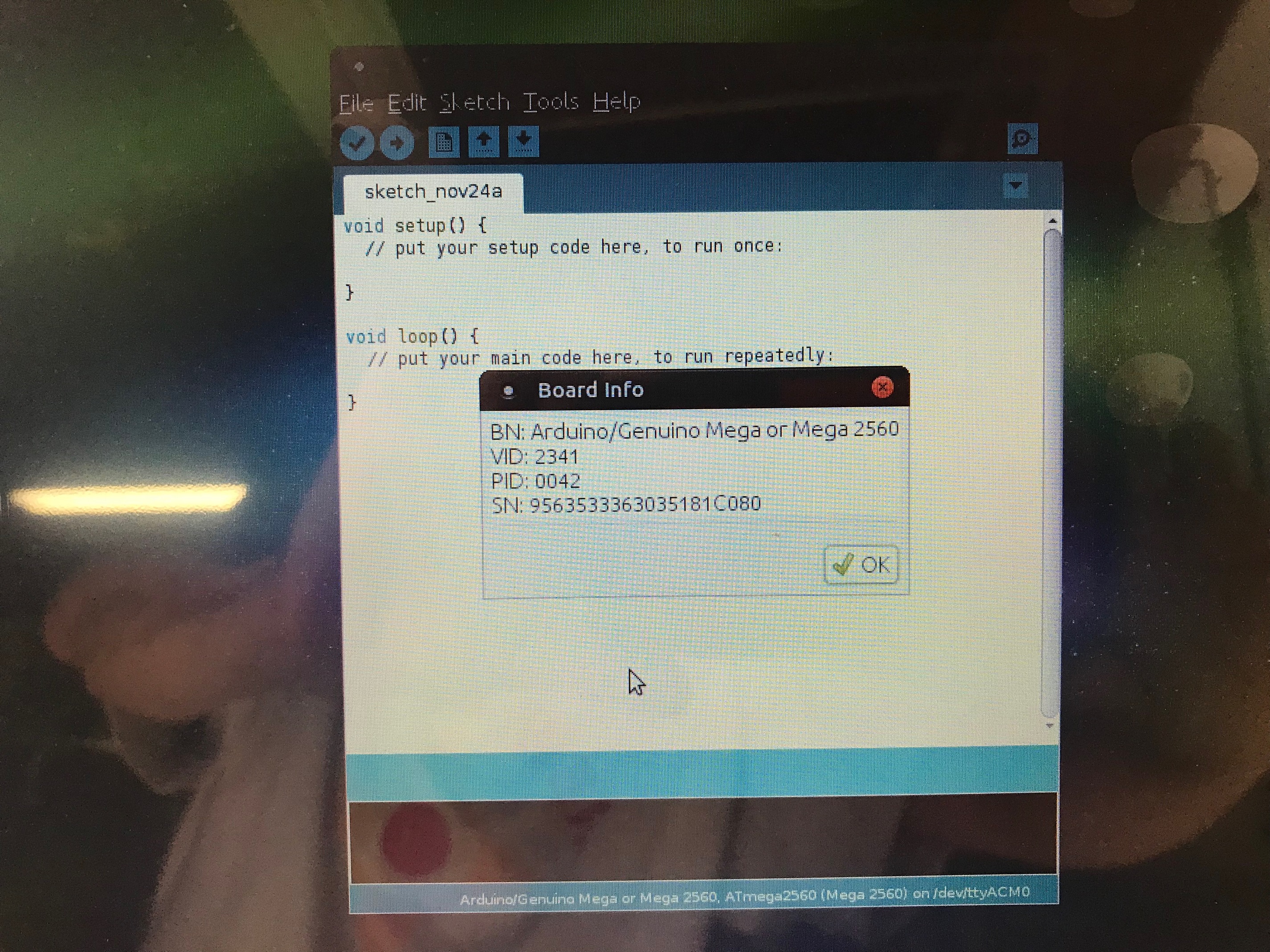 Thanks @Gero and @Bee for your help. I had originally loaded the Arduino from Windows and when I tried it from the ubuntu VM, it wouldn’t connect.

After trying everything I could, I gave up and found another old laptop onto which I loaded ubuntu natively (i.e. not VirtualBox). Everything works now - loading the Arduino and running some tests with motors connected.

In case anyone else is reading this, I did have to run this command before I could connect to the Arduino:

I’m glad your up and running. Keep up the good work.