This one is going to be a bit more involved than the shop sign and might take me longer to complete. I haven’t done a case build in years so I’m not sure how it’s going to turn out.

Basically, I gathered some hardware what for doing the youtube rendering thing because my current setup isn’t just slow - it’s glacial.

The thing is - PC boxes are inevitably…boxy. I wanted something more organic-looking, an ‘infotropic organism’ that lives on my desktop, if you will.
That’s why I turned to my Maslow again because on a CNC, part complexity comes for (almost) free.

I took a random Voronoi pattern from an online generator and merged it with the textbook shape of a basic plant cell. 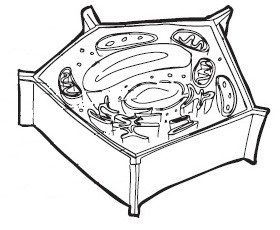 The PC components will be mounted to a back plate that has the same shape but no openings.

The space between the two side panels will be covered with perforated aluminum sheet.

The first parts came out great - I deliberately started with the fragile Voronoi patterns to see if anything would fail spectacularly, given that the struts thin down to ~2mm. I used 8mm poplar plywood which is not too strong to begin with, but everything held up beautifully - apart from one very thin section but that’s easily repairable… 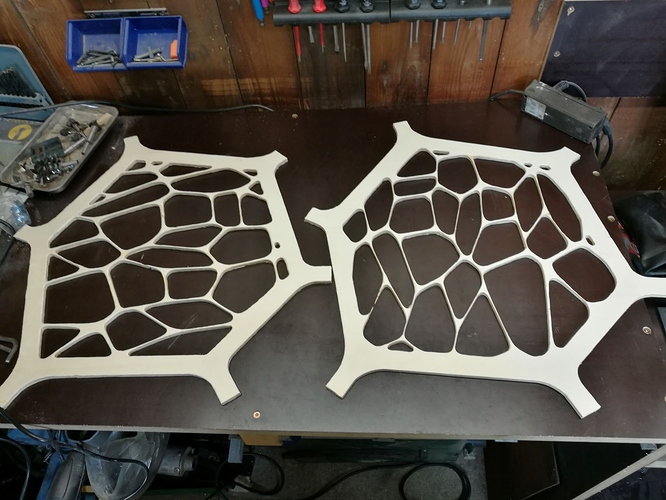 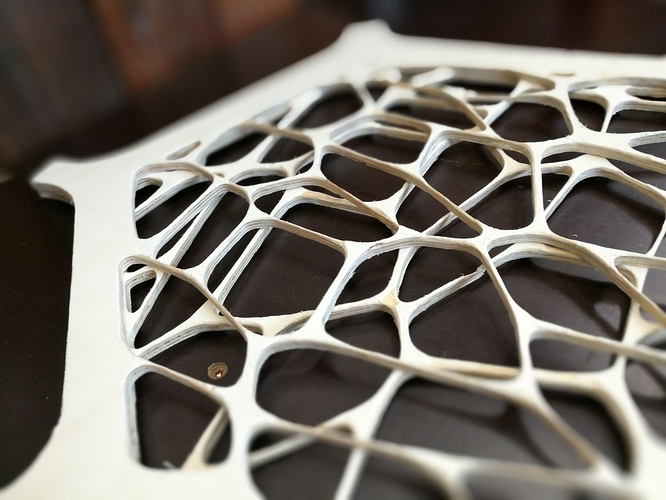 Adding a second layer adds depth and complexity to the structure of the side panel. 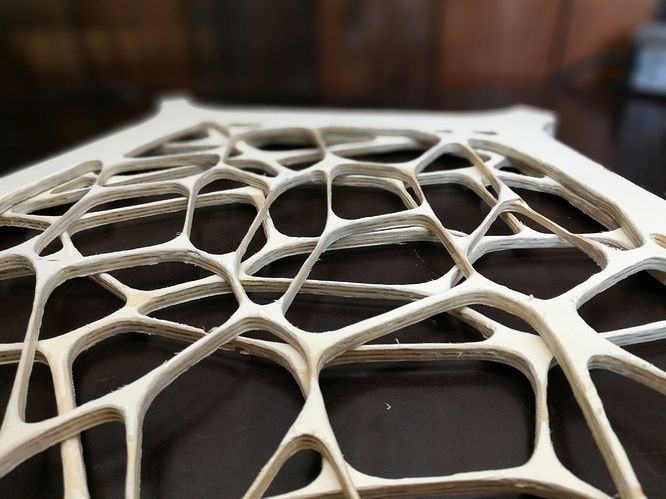 Hope you’ll like this one - build video N° 1 can be found here:

Very nice! Can’t wait to see it finished! Loving the videos btw. You’ve got another subscriber.

Thanks a lot! I’m learning as I go

put white acrylic behind it and then a bunch of leds! would look awesome

Hey all, quick update on progress here:
All panels are cut, just finished the spacers. Now playing with positioning of components, thinking about different finishes and shooting video, of course 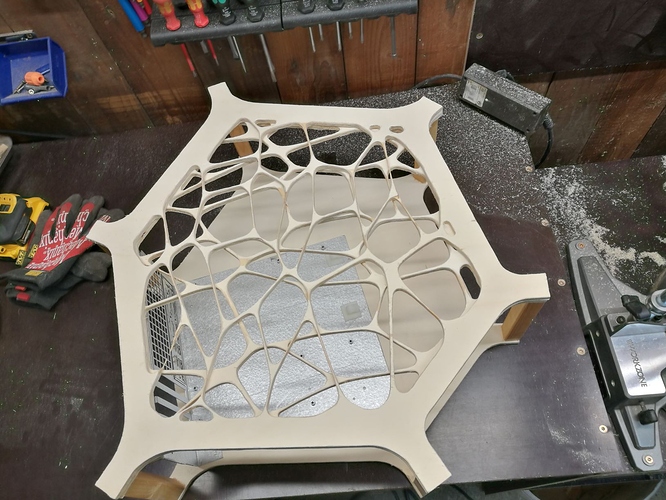 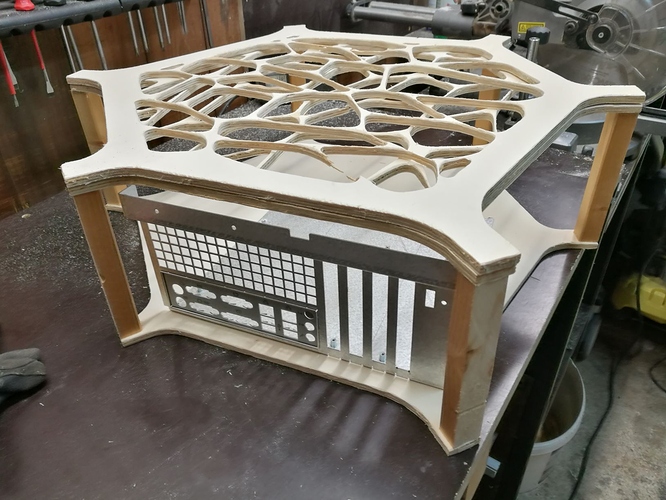 I cut up an old PC case to keep the mainboard & card installation simple and tidy.
These shots are missing the second bottom panel - both sides will have equal thickness. 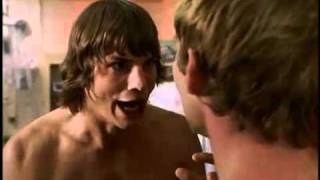 Watch the second and final part of the build here: 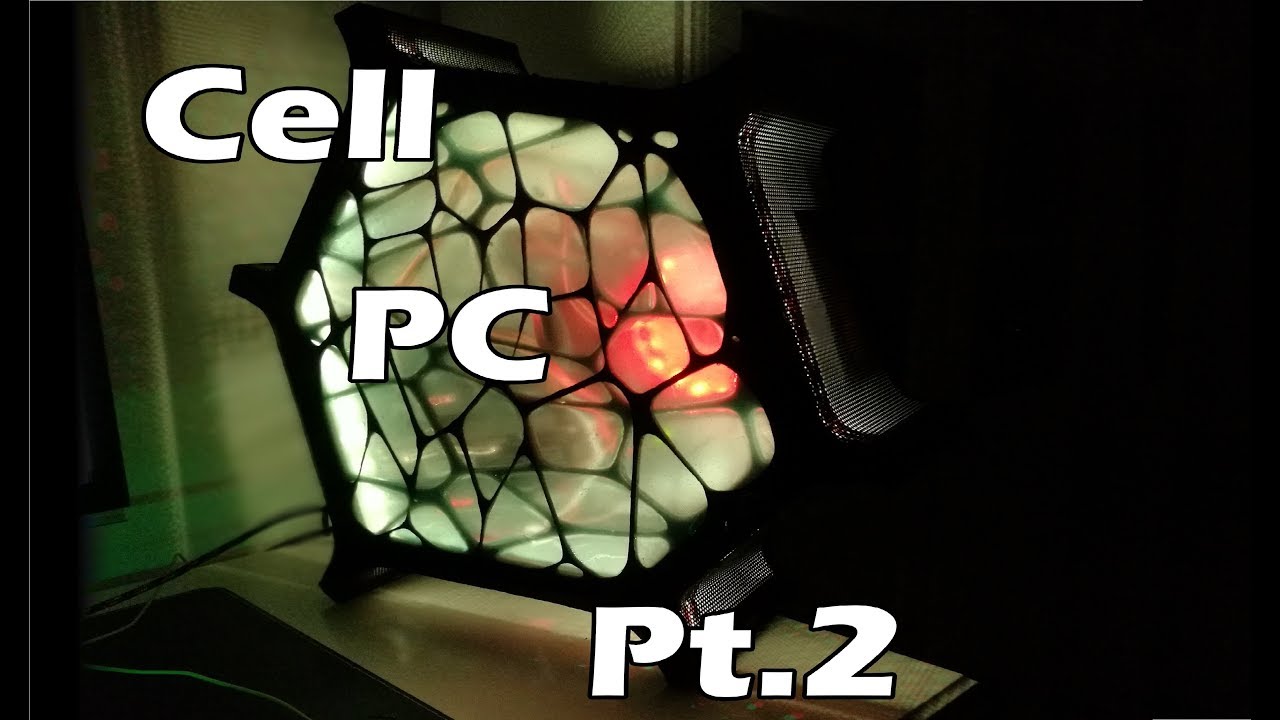 Featuring independent RGB lights for case and power supply, the Cell PC is ready for action.

I used epoxy resin to create a semi-transparent panel from the pattern that was cut on the Maslow in part 1: https://youtu.be/ACmgTYumGb8

While I planned to use glow-in-the-dark pigment to cast the innermost layer, I decided against it – being able to see the shapes of the components and cables looked so much more organic to me.

The pulsating light from the power supply makes it look even more … alive, compared to running the case LEDs on their own. Honestly, this worked better than anticipated.

There was a bit of a hiccup in the casting process (the video will show you all the uncomfortable details) and it meant that I had to repeat a sizeable portion of the build – which is why it took me so long to complete.

So, apologies for that; let’s have some pictures of the final result: 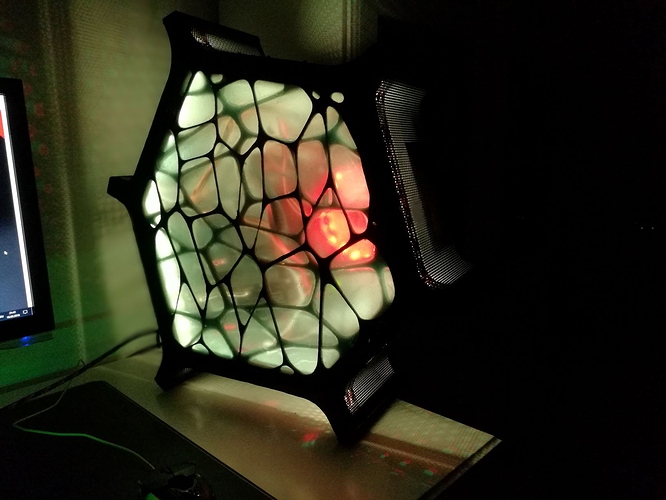 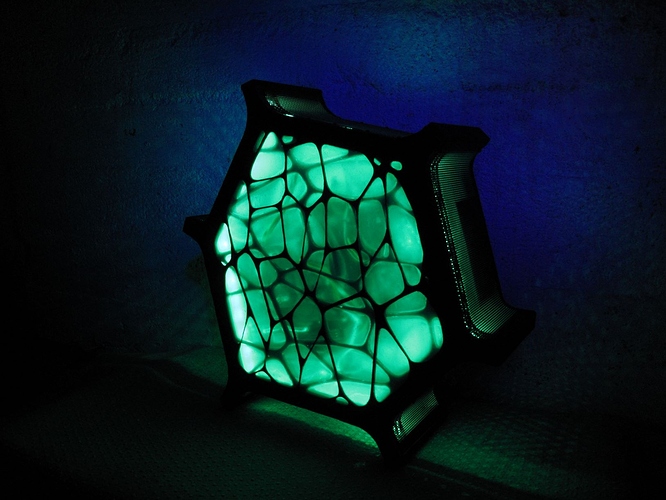 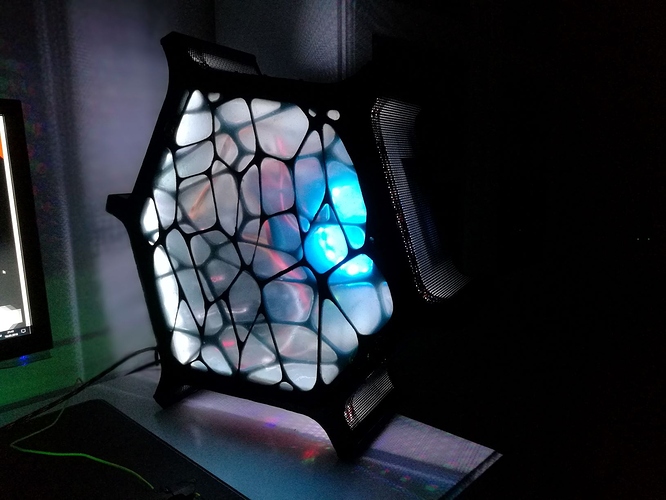 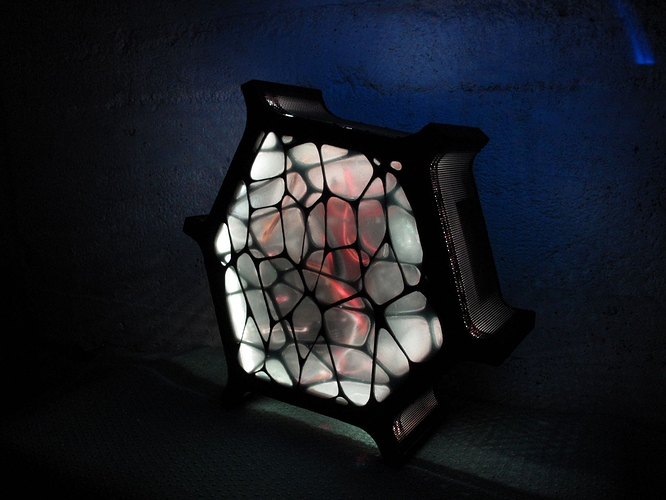 Tell me what you think of it!

PS: Subscriptions to the channel are always welcome!

Regarding those pictures: the ones with the rough-looking wall in the background are 15-second exposures where I ‘hand-painted’ the light into the background. I spent hours in the darkness of my cellar shooting these, only to realize that I had done them without the power supply running… if only I had known…

You realize you just destroyed any chance I had at project of the week right?

@ShadyG Dude, I’m not nominated - you have every chance in the world!

Well I just nominated you so

Btw, would anyone like to have those dxf files?
I could upload them to the garden if someone’s interested.