Chain lifting off of sprocket on motor occasionally

While using my maslow, I noticed the chain lifting off of the top of the sprocket sometimes. The chain guides by Tim_Dodge are keeping them from lifting off farther. Is there a known thing that causes this, and how would I fix it? It hasn’t affected the cutting yet, but i’m worried that it’s going to cause those chain wrap issues that i’ve seen on other people’s motors. Without the chain guides, the problem is much more pronounced, so they aren’t causing the issue. This is on the side of the chain that goes to the stretchy cord, so it’s not a sled alignment issue, I don’t think.

Since it’s happening on the slack side, I suspect its a problem with the tensioning system you have to take up the slack… how do you have it arranged?

Could also be stiff chain… maybe lubricate it? Are they stock chains?

Could you make a photo of the complete setup?

Are the chains exiting and entering the sprocket parallel to the sprocket? If they are trying to bend just past the sprocket I can see this happening.

It’s interesting that the jump occurs with the chain feeding to the slack side (rather than from it). If it was from it, I’d suggest an alignment issue. Instead, I’d think it might be the tensioner releasing tension unevenly. I don’t know if you have weights or a bungee tensioning your slack side, but if it’s weights, make sure they aren’t catching on anything. 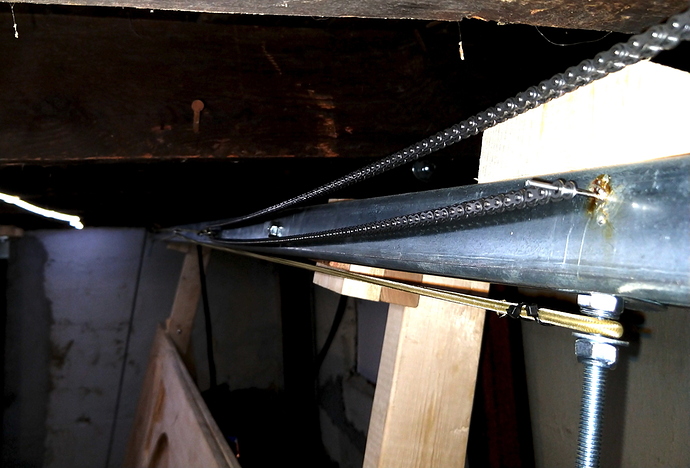 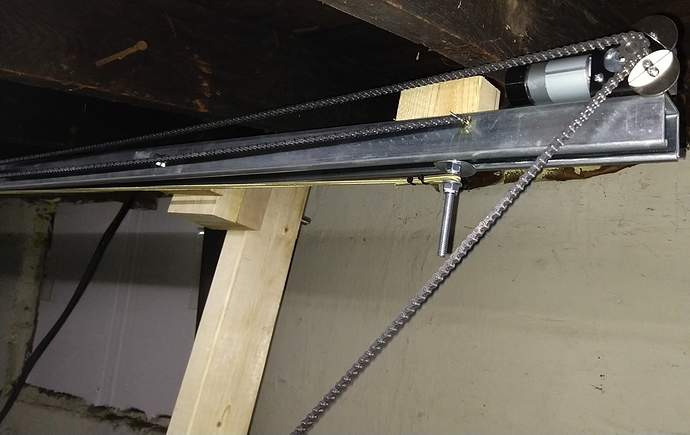 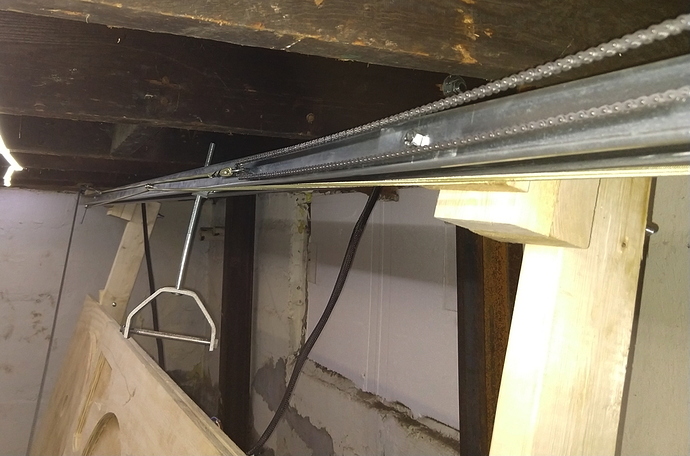 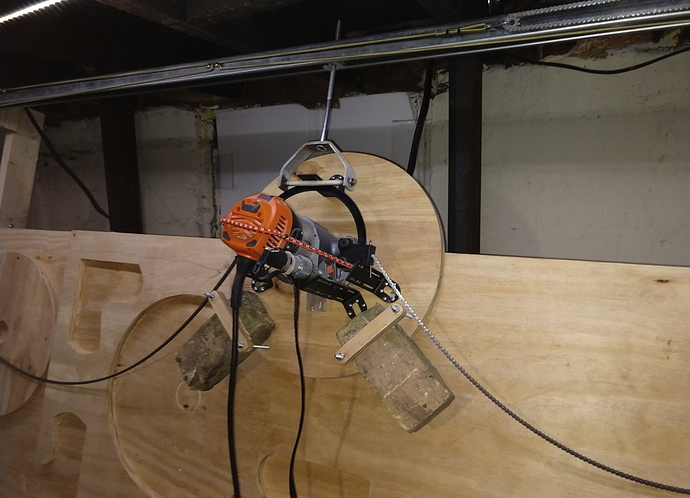 Brand new chain from the kit, hasn’t been lubricated. Wouldn’t lubrication cause sawdust to stick to it? I’ve cut about 1/3 sheet of ply with it so far

What a good eye @jwolter. After this comment and looking at the video again I saw it’s every second link. The one with the ‘outside plate’.

would adding a bungee from one side to the other help? right now i’ve got each side on it’s own stretchy cord from the kit, but then when one side has a lot of slack, there isn’t much force on the stretchy cord. it seems that tying the 2 cords together with a long bungee between the idler sprockets would help with this.

Looks like stiff chain to me. Dry lube will not cause the sawdust to stick. This is what I use on the router body to make it slide in the housing evenly. 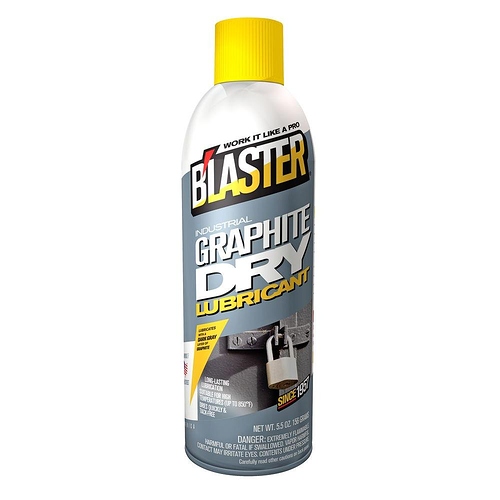 The sprocket on the bungee is also in an angle. This might also be an issue. Try to align it with the sprocket of the motor.

The sprocket on the bungee is also in an angle… Try to align it with the sprocket of the motor.

That’s an important insight - the chain has to feed straight onto the sprocket from both directions. Whether that is through aligning the take-up bungee sprocket or by placing some form of steering strip of wood ahead of the motor sprocket, the straight feed will avoid chain jumps.