I spent yesterday (on vacation this week) making a full on, no dual boot, Ubuntu powered computer out of a Chromebox I was doing nothing with.

I was sure I bricked it a few times, but I eventually got it mostly working around 11 last night. Yay me!

It’s a proof of concept at the moment and my only upsetness about it was I had to use a Windows machine (yech!) to make a bootable usb thummy drive. Now that it lives I’ll upsize the drive space from 16GB to something more appropriate.

Aaaanyhoo, about software - who uses what on Linux to draw stuff?

I use Inkscape, Freecad, and OnShape (the latter being online accessed through the browser). Sketchup can be run on wine, so even though it’s a Windows program, it’s an option in Linux.

It’s the final product version of what was previously called my.sketchup.com which I"ve used quite a lot. It’s really convenient.

EDIT: Also, I can’t say enough good things about wine. I abhor Windows with a passion matched only by my love for making sawdust but I have to admit; being able to run windows aps in linux has been handy.

Inkscape is on - put it on last night. I’ll give FreeCAD a go also.

I ordered a 64GB SSD today - it should be plenty to run all kinds of wonderful stuff and things.

It’s nice to know that Sketchup is happy on the Chromebook and the BOXbuntu (uBOXtu?).

Once I get the new SSD, I’ll set it up to run the Maslow. For now it’s just to get my toes wet on the design side of things.

BTW, what brand/type chrome box/book is it?
Does it have a fan or is it cooled in a passive manner?

Asus cn60 “panther” according to the label and the nickname Ubuntu gave it.

It does indeed have a cooling fan for the processor.

I put an extra 4GB of RAM in when I received it (in the car at the post office!) and ChromeOS was totally happy with it. I wish it used a standard 2.5" drive but it’s MSATA. Not a whole lot of room inside to adapt it either. They stacked the wifi card on top of the SSD jack and put a power plug in the way of installing a longer SSD than the standard 42mm drive. I believe one could run the thing with only an external USB 3.0 drive (no drive at all inside) with the updated firmware. I wonder if the “daughterboard” SD card slot uses a standard plug and socket. That may be a possible way to another internal SSD. All that said, a 42mm SSD was easy to find on Amazon and no more or less expensive than what else might work - other than a spinny-type hard drive.

I sound experienced, but I learned most of this yesterday.

For us it would be good to find a passive cooled machine to make it more dust proof in the long run.

Non the less this machine looks like a very powerful option. And easy to use.

Cad to Cut -> FreeCAD Dialy is it for me now. Bit hard to get used to, but happy ending.

…to make it more dust proof…

Food for thought indeed. Maybe some sort of enclosure to allow air to circulate but keep dust out could be made. It’ll have to look cool. Maybe I can find an old radio or scope to gut.

Sounds like an awesome first project for Maslow. (A dust-proof circulating PC box.)

Updates - FreeCAD so far seems to be running choppily and chunkily at the moment. I don’t believe it’s the small SSD, but we’ll see when the big one shows up. It also doesn’t like to boot right into Ubuntu, but I can start it from the shell quickly enough. I’m hoping those “features” resolve somewhat with the new SSD and new OS installation. I may reflash the “bios” when install the new SSD.

I didn’t find an old radio or scope to gut, but I did find a Sunbeam radiant toaster at a thrift store. It looks like this one link!

Is there any kind of hardware graphic support on the chrome box?

I’ll have to look into that. I didn’t fiddle with it very much, but I recall Inkscape playing nice. FreeCAD doesn’t even like to start without making a fuss. I had LibreCAD running ok too.

I haven’t given up yet. At worst, FreeCAD isn’t happy with part of the Chromebox’s innards. At best, it will go away when I reinstall the OS when the new SSD arrives (evil pixies - the ones with wings are the worst). I’m thinking it’s somewhere in between.

As long as it plays nice with Ground Control I’ll be fine.

The new SSD arrived yesterday and I installed it this afternoon. I tried FreeCAD again and it seems happier, but there’s a glitch where the cursor disappears when I select to draw a line.

LibreCAD is happy like before and I have a CAD app on my Chromebook which is also happy.

More importantly, I was able to install the Adruino app, all the goodies required for Ground Control and Ground Control itself and they’re all playing nice in the sandbox so far. 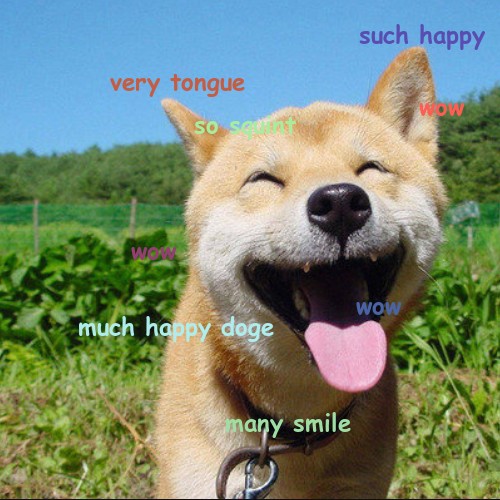 Update Update - I’ve decided to throw my eggs in the Onshape basket for design. It’s works happily on my unaltered chromebook, and since it’s browser based, I don’t need to physically move files around.

Boxbuntu will mostly be used to run the Maslow.