I created a piece that had 6 cutouts. I clicked each one 1 by 1 making the outside cut last. When I went to simulate the outside cut was 3rd? How do I edit and change cut paths? I’m use to my Igems software for my water jet where I generate everything by itself? Is there a way to let it choose its own order finishing with the outside cut? Some of my screens have many cuts.

Welcome to the Forum!

Sorry i can’t help with F360, but bCNC has a cool g-code editor that lets you rearrange parts with up/down arrows.

Is that a easy one to use? what are most people using?

I use Fusion for the majority of my Maslow programming. It’s got a bit of a learning curve, but it is pretty powerful.

Are you trying to group all of these cut-outs onto one 2D contour operation? Fusion will try to intuit the order to cut each profile, but it doesn’t necessarily know to save the “outside” path for last. I program each profile as it’s own operation, that way I can order them as I like: 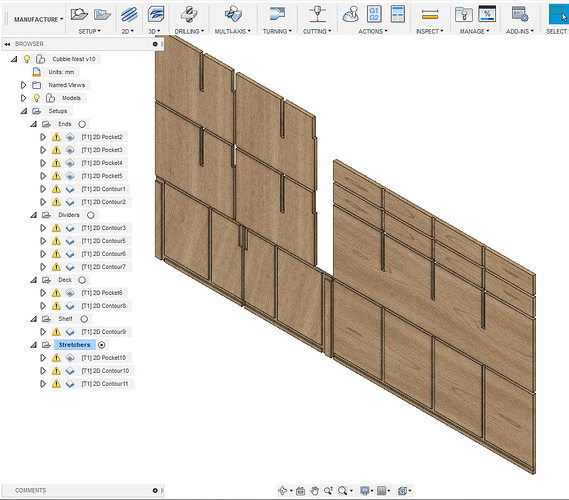 It may sound tedious, but it’s not really all that bad. You can set all your preferences for your tool path on your first operation, and then save it as “default” so the remaining profiles all get the same settings without you having to enter it for everything. 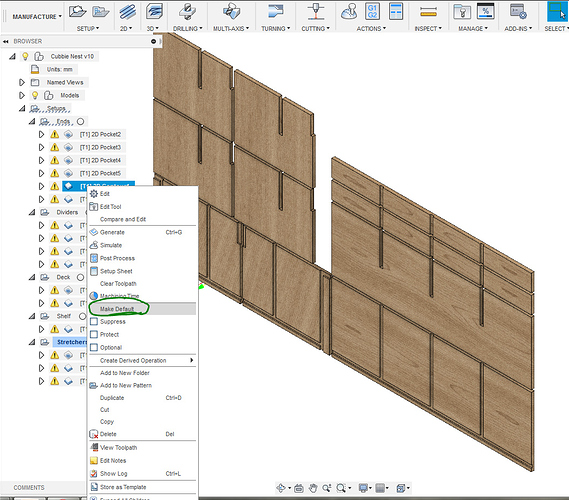 Is that a easy one to use?

It is fairly simple to use, but that does not mean it’s not a ‘hell of work’

If you can organize it in F360, for sure that’s the best.

You can giggle ->g-code optimizer<- and for simple and not to many shapes, they do a decent job.
bCNC also has an integrated optimizer (found under the ‘order’ button).
My current project is a good example of when this programmed optimizers reach their limits.

With FreeCAD i’ve currently faced the same issue.
To cut a gate with an oriental pattern, FreeCAD left me with a terrible amount of zig-zag ‘cold-moves’ (in green) that would likely more then quadruple the cutting time. Looks like a spider web. 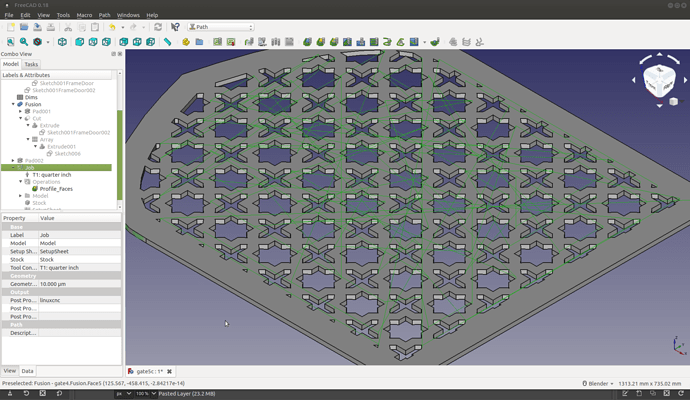 image1861×1080 377 KB
With 100 holes, creating separate cut-files was not an option.
In the bCNC editor i clicked on each hole (right side) in the order i want it to be cut and renamed, what is called ‘Blocks’ in bCNC from 1 to 100 (left side). bCNC also allowed me to delete the small triangles on the side of the gate. Once renamed i used the arrows to rearrange the Blocks by number (fast clicking defeats the screen update that tries to slow you down).
It took a little over 1 hour, but the before and after pictures speak for themself.
I strongly believe that the time saved during the cut is far more then that.
Before: 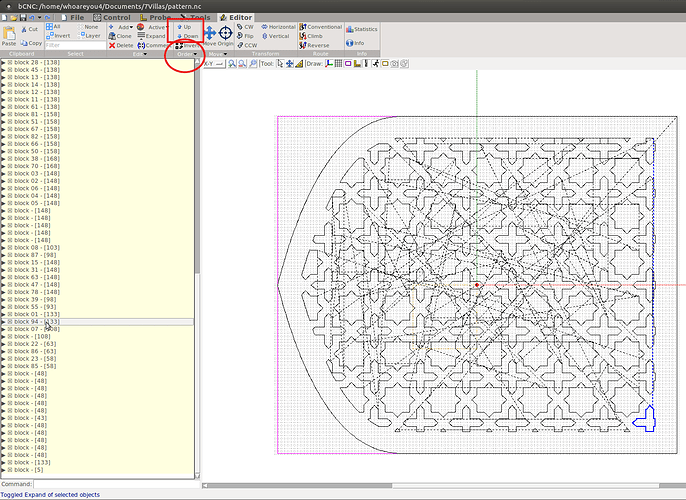 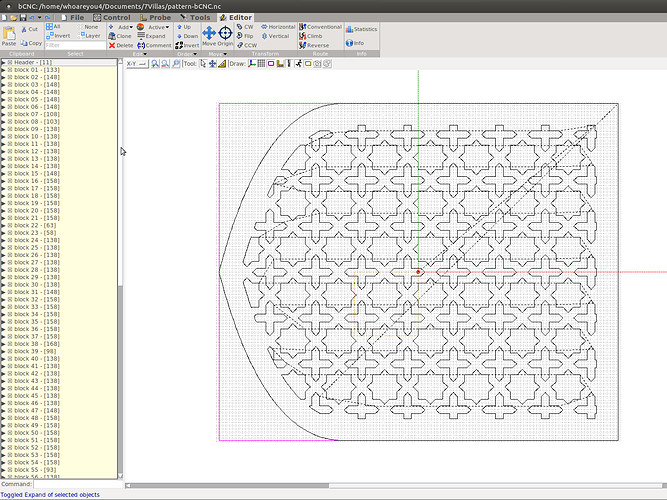 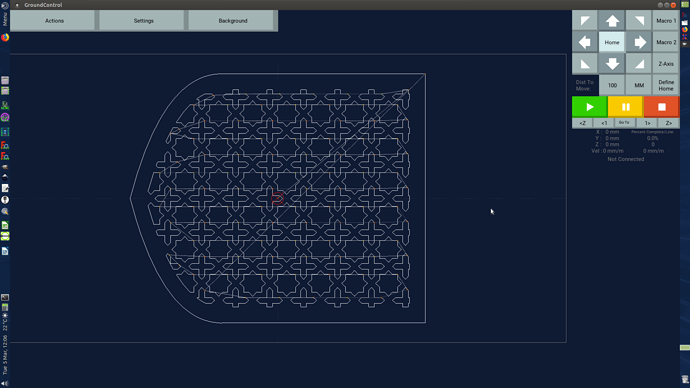 In the operation settings there’s an option called ‘Preserve Order’ on the fourth tab (‘Passes’). Then it will work as you expect— the order you click things is the order it will cut. 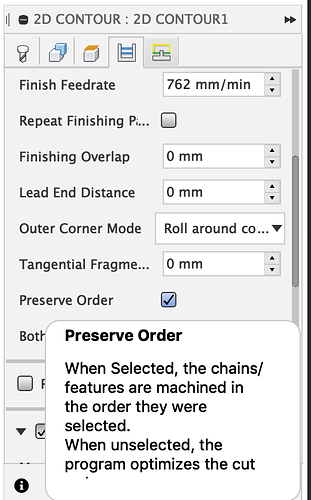 Awesome! Thank you so much thats a great idea!

Great! thank you for that tip

I finally figured out fusion 360 enough to start cutting, I made the outside a second setup it worked good