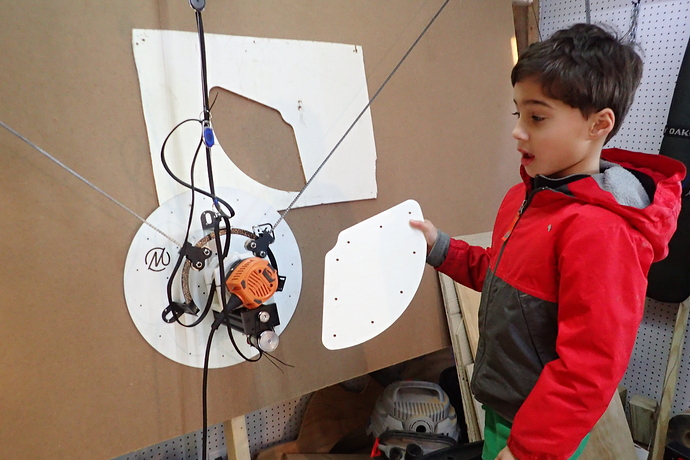 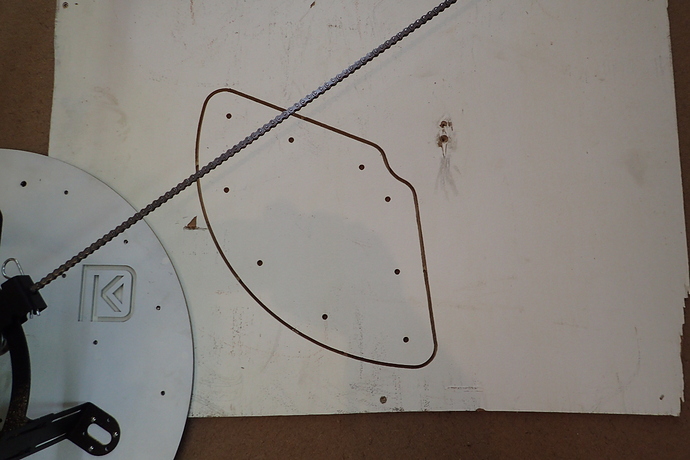 The precision is great (I ran the same g-code twice since it didn’t quite cut all the way through in all parts of the workpiece, mainly because it is a scrap piece of ply with a bit of a bow in it). On the second cut it was within about a half millimeter of the first cut.

I haven’t done any calibration yet, so I am not surprised that the accuracy was not quite there: 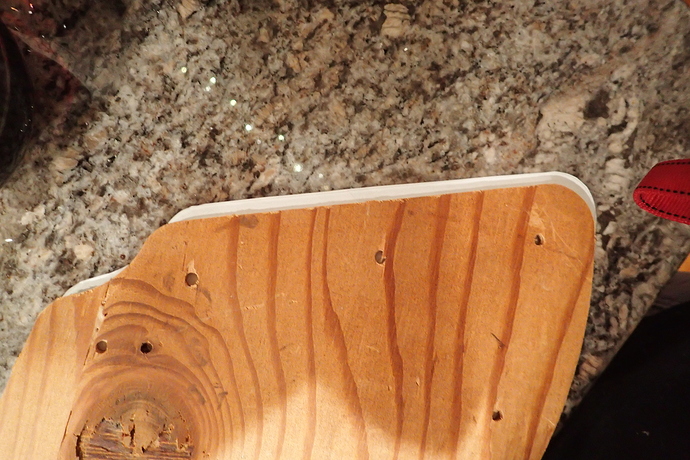 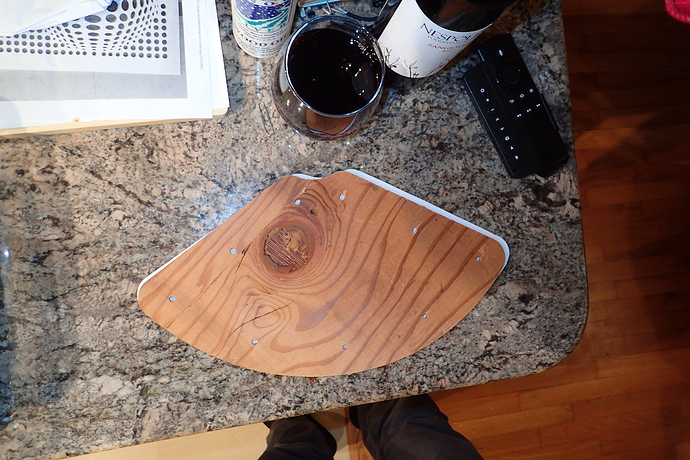 Overall the shape is good, but for a part that has to mate to the laser cut steel sled, it’s not nearly close enough. I think for something like an art shape, it would be fine, though. I have plans to cut Max the dog to go with my Grinch, which I cut manually a few years ago, and I think that if I did that now, it would probably look fine.

It has been so long since I read all the calibration posts, and I know there are some new techniques out there (though I haven’t loaded the latest GC and firmware as yet), so I’ve got a ways to go with my reading.

That said, my goal today was to get my new z-axis mounted and it worked so well that I figured I’d try a first cut for the heck of it. Very pleased!

Head over to the z-axis consolidation page if you are interested in the z-axis and some video of the cuts.

@Keith That is FANTASTIC!!!

I would say “Welcome to the club”, but you’ve been in the club for quite a while now

Thanks @bar. It certainly took me long enough to get here. On the upside, though, the kids have a tree house to occupy them this coming spring/summer, so hopefully I’ll have more time to spend cutting things on the Maslow 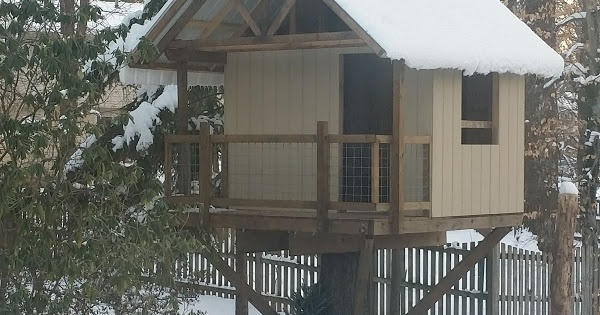 Great tree house. I glanced at the picture and my first thought before reading was “He fit his Maslow in there? And how does he get full sheets of plywood in there?” Yes, I am blonde.

HA! I bet if I tried I could fit it on the porch part, with the arms hanging out the sides, but it would definitely be tight. Maybe as an exhibition piece, though …

So, after a single round of calibration, I went and recut the template for the friction reducing pads and was happily surprised to find that it was dead on! I managed to get all three of the pads cut (though I had to recut the template again after the first one due to accidentally nicking it with the router, but at less than 10 minutes on the Maslow, it wasn’t a big deal) and installed over the weekend, and now the sled glides beautifully. 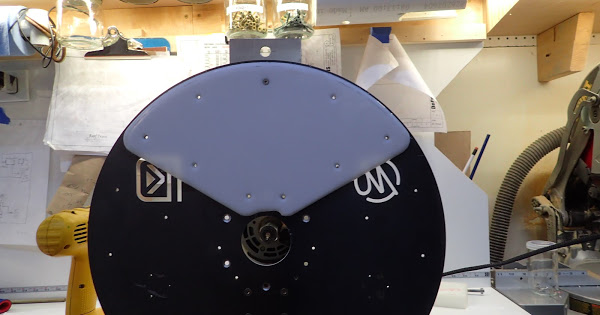 Daylight through the screw holes! 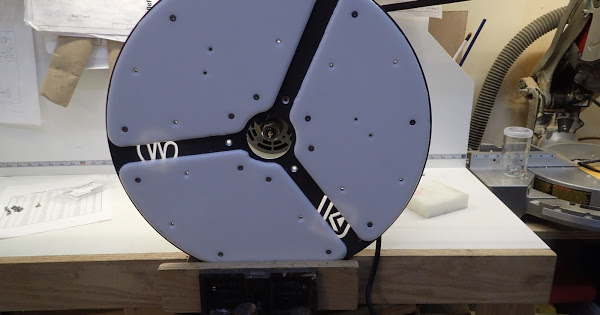 I decided that 9 screws was overkill and just used 5. You can see the nick in the first pad made (bottom left pad), and you might notice that there are two extra holes in the other two. I decided to change my method and screwed the template and plastic down to do the routing with a flush trim bit, which made the whole process a lot easier and faster than trying to clamp it down. The two holes have been chamfered, so they don’t catch. Here’s a quick video of flipping the template and pad to route the rounded edge and countersink the holes:

Previously the sled would tilt when moving left or right, which I had planned to counter with increased weight at the bottom of the sled, but with the new UHMWPE pads installed, it appears there is no need for the weight to counter tilt (though I did noticed that with deep cuts using a straight blade single flute cutter the bit would tend to ride up on the material a bit when moving from left to right, and I think more weight would mitigate that. As it was, I just put a finger on the bottom to counter that effect, so it shouldn’t take much more weight to correct it). I would HIGHLY recommend using something like the UHMWPE on the bottom of the sled if you find that your sled is sticking at all.

Now that I am up and running, it is so great to have an idea in the morning and a product in the afternoon! My kids have a wooden marble run kit which is great, except that we have wood floors and the marbles just spill out of the bottom with nothing to contain them. Previously I’ve been using blocks to make a pen to contain them, but I figured that I could do better, so the marble catcher was born that morning, and in use that afternoon (sorry, in the frenzied rush to use the new catchers, the marble run only lasted a few more minutes before being knocked over, so I didn’t get a picture… maybe tomorrow if we have a snow day) 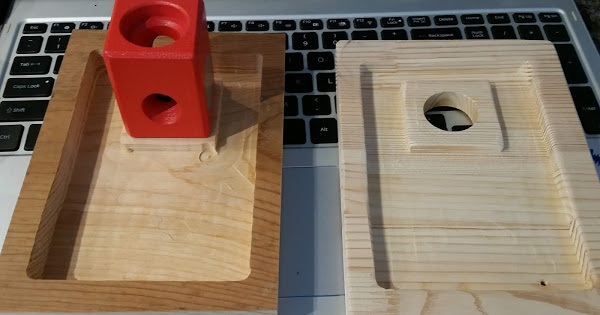 There was an issue with the stock size for the cut on the left (it is a little thicker wood than the other, but I forgot to remove the extra stock that Inventor adds to parts during the CAM process, so the gcode was cutting too deeply. Fortunately a quick stop and some creative use of “Go To” saved the part, but you can see the couple spots where the router dug in. Still functional, though) so it’s not as clean a cut as the other. Both made from random scrap wood in the workshop.