This is my first engraving project. Did it all the design in Fusion 360 and used the Maslow post processor. Used a 90° v bit at a depth of 1 mm. I have a couple issues to clean up on the design and I’m going to re-cut it at .5 mm depth. For some reason when I did the post processing it added a bunch of plunge points that I didn’t have in Fusion. Gotta figure that out too. 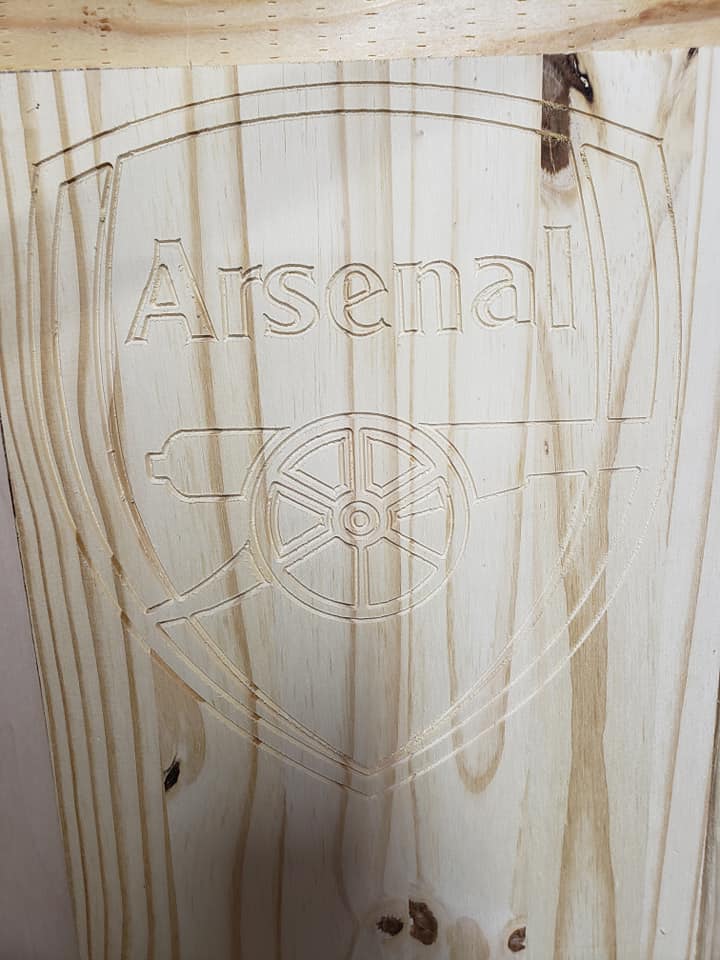 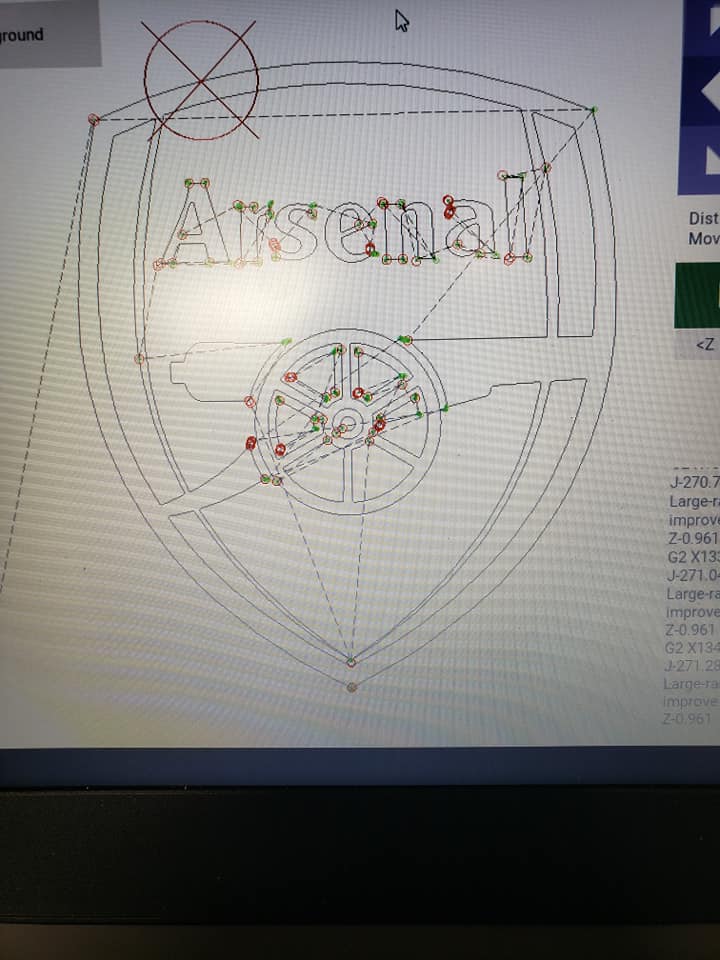 Nice Job, looks like a great start!
How are you planning on finishing it?

Thanks! Not 100% sure just get. Might paint the engraved lines black then just stain the rest.

That looks V carved, the extra ups and downs are for engraving corners, etc.

From a closer look at the screenshot all the plunges look like what I’d expect to get the required level of detail. Are you saying there’s more than that?

V carving is very fiddly about getting the bit geometry, a flat workpiece, and Z0 set correctly. Think you’ve about nailed it. It’s a little off on the corners of some of the letters but it takes a close look to notice them. I’d suggest taking the problematic letters and making a practice part with just those details. You could use that on some scrap to perfect the fiddly bits

@mooselake I did use a V bit. I just wasn’t expecting all the plunge points is really what I was saying. If you’re saying that is normal then that’s cool! Just didn’t know. Some of the corners the sled kind of drifted when it was raising the bit which I thought was a little strange. This was my practice piece. I’m going to try it again with the depth set at .5 mm this weekend. Do you have any tips for engraving?

My little bit of v carving has been on conventional x y (aka Cartesian) routers and the Maslow’s polar chain drive is way different. I have to say that’s a very ambitious first project and it came off well.

I would narrow it down to some problem areas for testing, and it might be there’s enough play in a Maslow mechanism so the fiddly bits won’t have enough precision to do too much better. Those who are better at v carving than I am recommend adjusting settings for bit diameter, usually smaller than the actual bit, and being careful about zeroing. You might find having the but zeroed slightly above or below first contact will help. Experiment, that’s part of the fun. Nobody else will notice the minor imperfections and worst case some hand use of a sharp wood chisel will sort them out.

V carving uses a sharp pointy bit and varies cutting depth to get sharp corners and details a
straight flat bit can’t do, and requires a fair amount of accurate repeatable precision in the router. I don’t recall anyone trying it with a Maslow before, but that doesn’t mean it hasn’t been done. I’d give it a try but my Maslow is currently being guarded by swamp rats in a place far away

Some of the corners the sled kind of drifted when it was raising the bit which I thought was a little strange.

I noticed that in a video of the Maslow using a normal round bit in the video of it cutting mountains. Any time I have had a bit stationary in machining there is a visible indication that the bit wasn’t moving. Big fancy CNC machines slow down and speed up around corners to minimize this type of thing as I understand. I always put it down to an indication of the forces being worked with and how the material is always resisting the cutting tool. When programming for a traditional CNC mill I do my Z movements off the part and then have a set movement distance before engaging the material and same on exiting the cut. For pocketing we would ramp into the pocket and then have a move away from the walls before adjusting Z. I may be telling you something you already know, but hopefully it is helpful to your or someone else!

@mooselake Thanks for the feedback! This is my first foray into any type of CNCing and it’s been fun yet frustrating. I have a couple other projects that I did. I’ll post them up when I’m finished.

@SnailPowered Thanks for the tips. I don’t know much so I’ll take whatever tips anyone can offer. I’m a complete rookie when it comes to CNC machining.

I have no idea how that could be used for engraving, but for general machining of other things it may help. Keep those pictures coming!