Mrs. Moose got there yesterday afternoon (they live on the east coast) on the big silver bird a few hours before her water broke, she gets the first shift to teach her all those secret mom things since it’s hard for both of us to leave this time of year. I get the next trip. Waiting for the first time I can sugar the kid up and give her back, although that might take another few trips until she’s old enough. Payback

My daughters pretty much all nicknamed themselves; the oldest decided she was a little toot-toot (from "The Little Engine that Could - “I think I can, I think I can”), the other two decided the youngest was Carrie Merry Puffin (did you know you can buy an “Obey the Puffin” coffee mug?), CM Muffin was way too boring. Lizzie was always sensitive about being short so she became Lizzie Bop, after the Big Bopper (although she didn’t know who the Big Bopper was until last summer

). Have to wait to find out what the new kid will be, think it might be a while before she picks something…

Congratulations on the new grandbaby!

I too hope someday to be a Grandpa that get the grand kids wound up and let them unwind with the parents, sounds like fun. It’s getting a little late for my daughter though she’s getting near the big “Four O” but she is finally getting married in June so there is always hope.

Or a rocking moose?..

Oh someone please design the great rocking moose and submit it to the first 10 projects.

Bonus badge for accessory swamp rats on the base 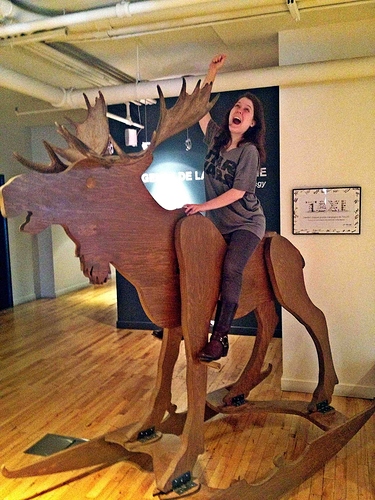 I like the large rocking moose. You could make it for the daughter to rock the grandaughter on when she gets cranky.

Who’s Mrs. Moose is on the rocker? 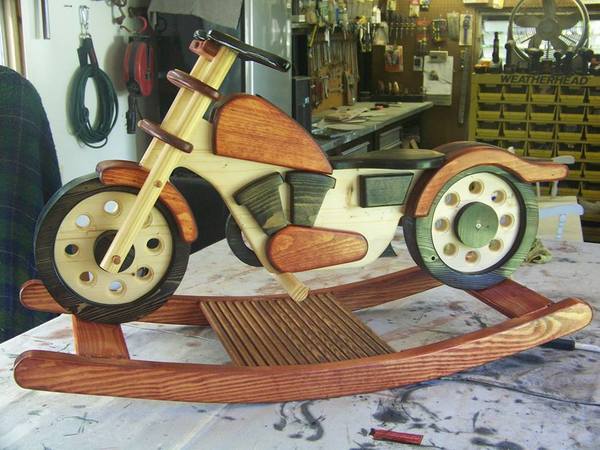 Congrats Moose! Coming from a nickname-averse family, hearing about how they picked their own is neat.

They may have come to regret their choice now they’re adults (Tootie Dootie Cutie Frutti just doesn’t fit with moving up the career path), but CEO daughter keeps the Obey mug on her desk and takes pictures all over the world with her stuffed “Little Puffin” in the foreground.

It helps teach them tolerance for their elders

I’m not going to deluge you with baby pictures, but here’s one that was taken this morning. I think the antlers come later

She’s slightly jaundiced, not unusual, but from the last text they might be keeping her an extra day for UV treatments. 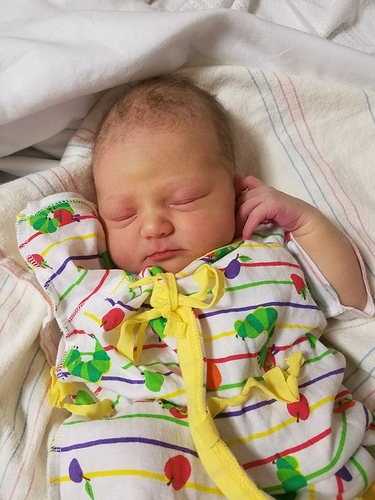 Our first had the Mellow Yellow. They sent her home with a really nifty fiber-optic UV blanket thingy. It helped a bit but what really fixed it was putting her on formula. Two days of formula instead of breastmilk and it was all cleared up. She went right back to the breast easily.