For those that were not part of the Kickstarter: Where to obtain the main motor/worm gear/encoder

No I’m waiting on parts

I’m going to go ahead and build a machine with these motors. I think they will work but likely won’t last as long as the ones supplied by Maslow. I’m hoping they last long enough that I can then purchase some from Bar. They certainly aren’t very expensive!

Taking it in stages is a cost effective course. I could have saved about $90 had I found smaller motors first. Plus you can always use the Maslow to make things to sell and pay for Maslow upgrades.

By the way, I don’t recommend the Colt router for CNC work! The lower bearing in it is in a plastic retainer which melts when you try to run the router for hours as on a CNC. Likely never a problem when they are used normally. I have modified mine to eliminate the plastic piece and installed heavier bearings. The modification is great but it required delicate machining so isn’t something the average homeowner could do. While I was in there I installed an accurate ER11 collet so I can use whatever size bites I want but that was another delicate machining job!

I intend to build one of these for my plasma torch, seems like it would be a natural for that and the sled would be very light with no cutting pressure. Having the sled “float” on the work-piece should help with the warping that happens with conventional CNC machines, causing the arc to stop if the distance gets too great and causing collisions with the work-piece if it warps upward. We shall see!

Please consider adding your observations regarding the Colt router to a new page linked to the Tested Routers List wiki page by following the conventions found there.

I ordered these from amazon thinking I had the correct gear box but was going to switch out the motor for one with an encoder. Should have checked the measurements as what I got was a very small motor and gearbox. Can anyone post the dimensions of the gear box/motor that comes with the kit? It appears that item 232236292051 is probably the same small gear box and motor with integrated encoder. 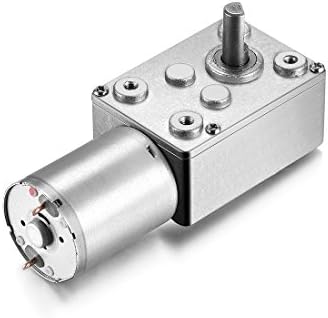 that gearbox has the screw holes at 18x33mm, the maslow motor has them at
~27x40mm

I will repost when it is fully working waiting on a few part and some free time.

I want to thank everyone for going out on a limb and experimenting with these motors! I look forward to seeing what happens. I just bought a rigid R22002, so I guess I’m invested now. I’m really hoping to get cutting soon.

A counter/divider ic for each quadrature line could scale that down to a reasonable rate.

Great idea! Use them to scale it down. How specifically would that be done?

Wouldn’t want to deprive you of the fun part

!
Are you sure division is needed?

At this point I have no clue whether they need to be divided. I will know more after I get a new mega today (last clone fried). I will be testing some small but decent value motors with the maslow board …the total on these is like 14,000 per revolution. We shall see if arduino keeps up. I just hope I did not get a bad maslow board as last test did not work and determined bad mega…

issues when the encoder resolution was higher

It’s not as simple as just dividing the pulse chains to go to a lower
resolution, it’s not just the number of pulses, but also the relationship
between the pulses. I’d have to sit down and graph out all the possible motions
before I could convince myself that a simple divider would not mess things up.

The pulse trains from a quadrature encoder are 90 degrees out of phase. If each train is divided by the same amount, the phase relationship is maintained.
If the processor ‘never misses a beat’, decoding the direction from the quadrature isn’t necessary - the direction command provides that information. If it is possible to miss a pulse, though, the current approach identifies if one pulse was missed and accommodates for it.