Freewheeling gear-bearing, jammed with a pin, and back in the fight

This is not a worn teeth story.

So this week I finally made time to build a frame and get the kit running. Sweeeeeet. Materials gathered, electronics bench tested – appeared to be gtg. A frame was built and electronics installed.

Alas, on the first tiny bit of tension with a chain on it, one of the gearboxes started freewheeling… “this is not expected behavior” (sad trombone sound)

On inspection I found that the double gear which drives the gear on the output shaft had broken free of its press-fit; it had become a bearing. Whoops.

I really did not want to wait for a new gearbox, and really wanted to get some cutting done this weekend… “hmmm… Super glue? No that will never do. JB-Weld? Naaah, not enough clearance. Solder? That might work, but for how long, and will it even bond to whatever metal these are made of? Braze em! That will probably get them too hot… Damn, too bad it wasn’t just a pin in a spline that I could replace the… OH! A roll pin! That’d do!”

I gently placed them in the vise on the drill press, just tight enough to hold them in place, and drilled a hole centered on the joint and sized to fit whatever random roll-pin I had in my box of “leftover parts”. I measured and set the stop so to drill just through joint, as deeper would have removed some of the teeth of the inner gear. I also used the vise to press the roll pin home. There was some pin left sticking out which worked down flush with a file. “Like new!”

I imagine the patch to be pretty strong, tho who knows really – the outer gear might split. Whatever the materials those gears is made of is verry soft. It drilled like cheese, the file also cut right into them – had to be pretty careful. I expected them to have bit more robust metallurgical properties.

Anyway, it got me back on the road and I even managed to cut non temporary sled parts tonight.

Hope this helps someone else. 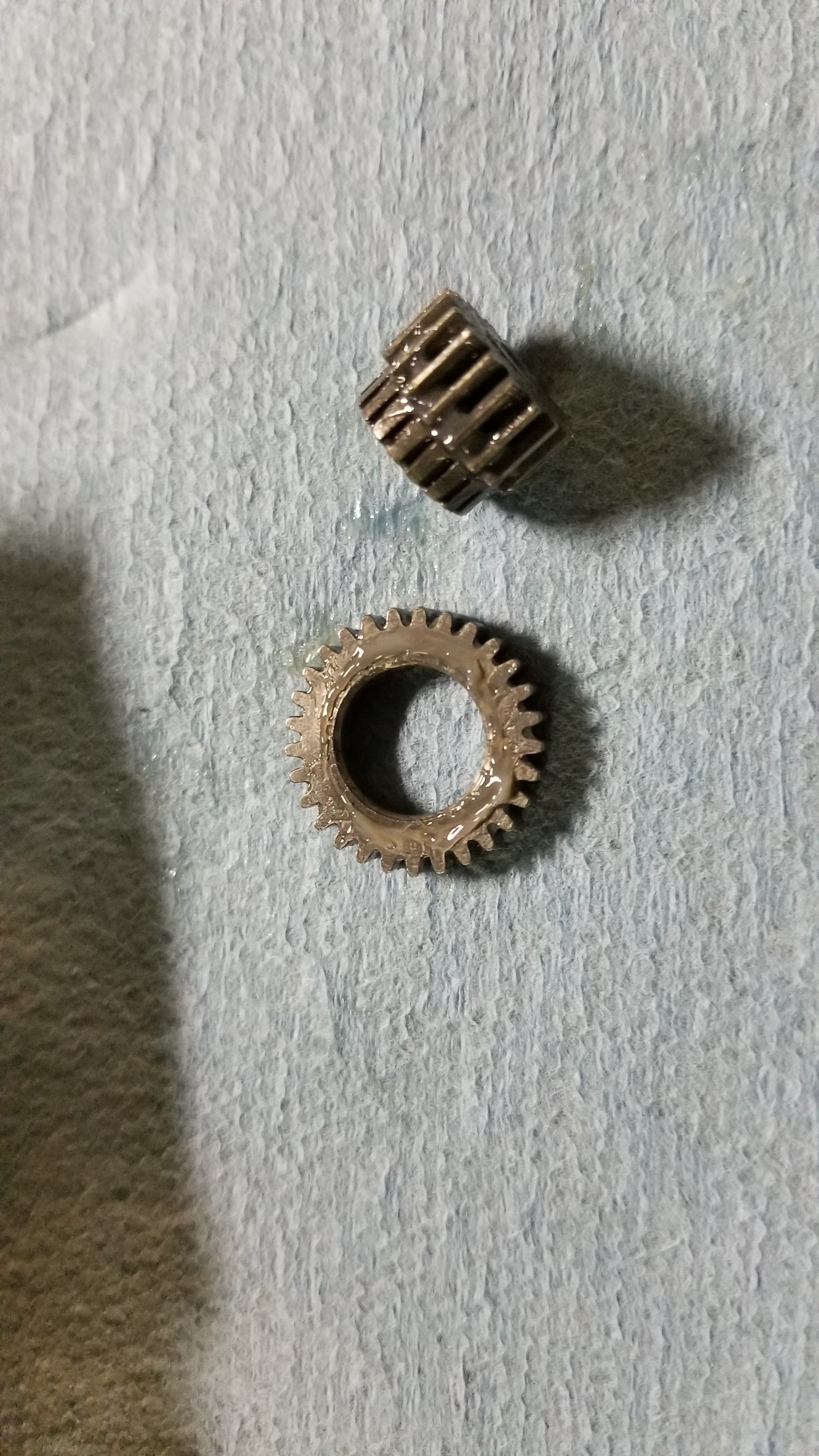 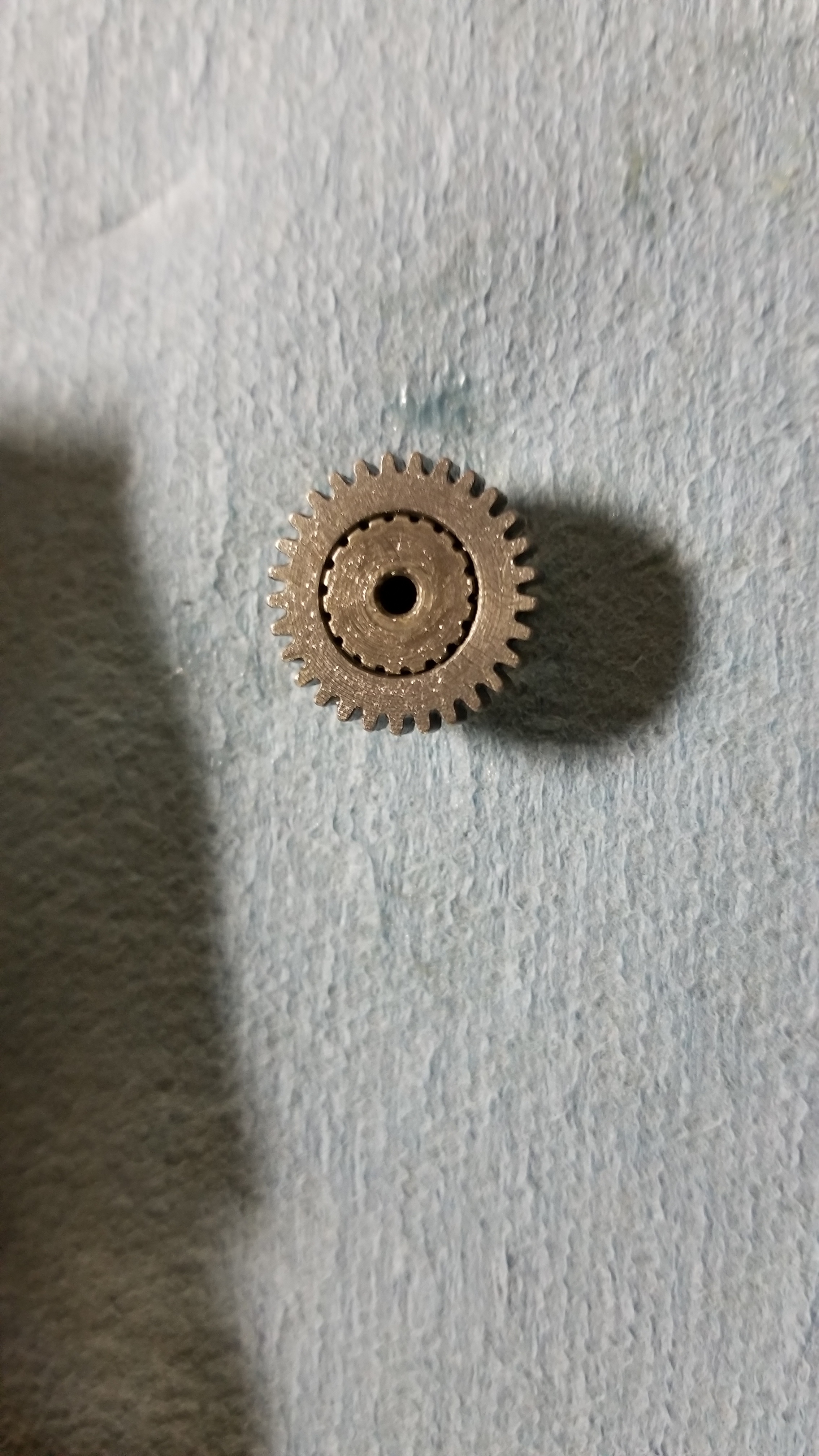 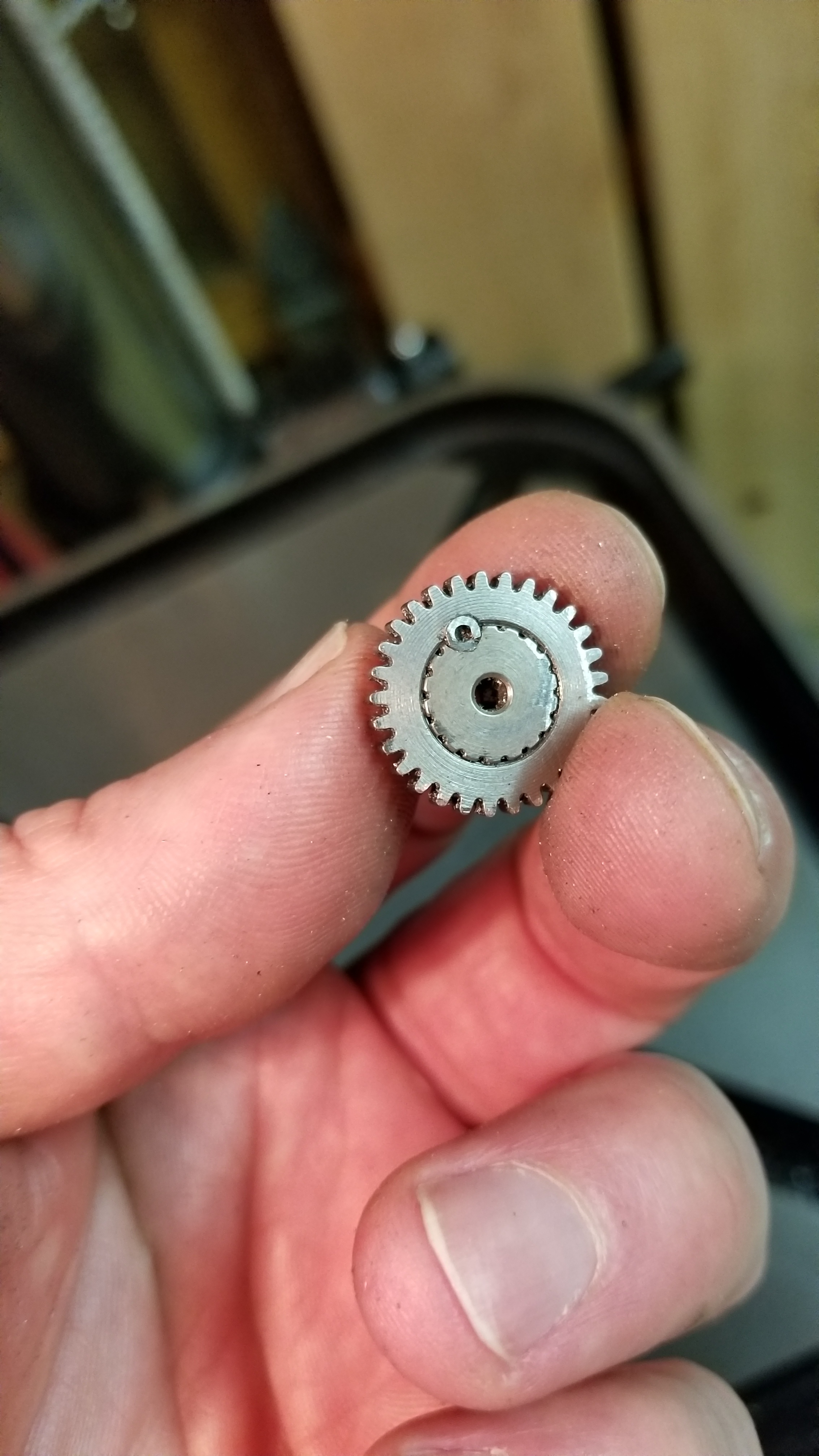 Good story. Thanks for sharing!

Besides being an interesting repair it suggests a need for non-cheese gears. Mrs. Moose has consistently banned a Fellowes gear shaper for the shop (gotta learn that beg forgiveness thing) but has anybody trolled McMaster-Carr, SDP/SI, or similar for better gearing?