Having issues starting in the middle of a project

That is the theory behind those buttons and half the time they work great for me and other times who knows what they try to do. Sometimes they’ll go to one or two steps before/after the line you tell it. Another time I paused, hit the back button twice to just go back two steps, then hit play and the sled headed right off the board. Who knows where it was going. I always hold the sled off from the material until I trust it’s going where it should be.

Others seem to have better luck with those buttons than I do. It seems like they’d be very straight forward but are very unreliable for me.

Yeah, those buttons are a bit of a gamble. The issue is that they move you directly through the Gcode file so you can jump to any line. Unfortunately the way Gcode works is that some lines rely on the previous line having been just run to work right so jumping in at a random place doesn’t always work the way one would expect it to.

What can we do to make it work better?

I think all that would be needed is to store the line number of the most recently completed line of the .nc file along with the sled position in firmware right? (And maybe the file name)

GC would need to do a compare (same file name? what line number?) and it could pick right back up.

It’s not foolproof (if the .nc file changed, for instance) but I think for situations like this (and another post I saw today about a laptop crashing mid-cut) it would be helpful.

That would be awesome if it worked how most think it will even if it means some software magic on the back end. I usually go 5-10 lines before I want and that had worked in the past but this last time with the sled wandering who knows where kind of spooked me.

I have had to stop and restart a couple times, re-set z etc… in the middle of a project. I have had exactly what you describe. What i usually do is look at the line number in Ground Control, open the NC file both in Notepad ++ to get line numbers, and in Nc Viewer to get a visual representation of where the bit is supposed to be, this has line numbers as well.

Then i go back to the end of the previous cut, to the Z raise to travel height, and play from there, as it raises the bit, then has an absolute travel to a X - Y Cord rather then a relative move. i.e. go to x 25.6 y 56.232 rather then move X + 26 from current position. Least that’s how I understand it.

Using this i have touch wood always managed to restart the cut within a min or two of where something went wrong. Maybe we could have a button that would skip back to previous raise to travel height move? I know there is a skip to Z move but i don’t have much joy with that.

(FYI the first time i did this, took me about an hour, the second time, took about 5 mins, once you know what to look for gets a lot easier! and playing the file in NC Viewer line by line helps alot!) 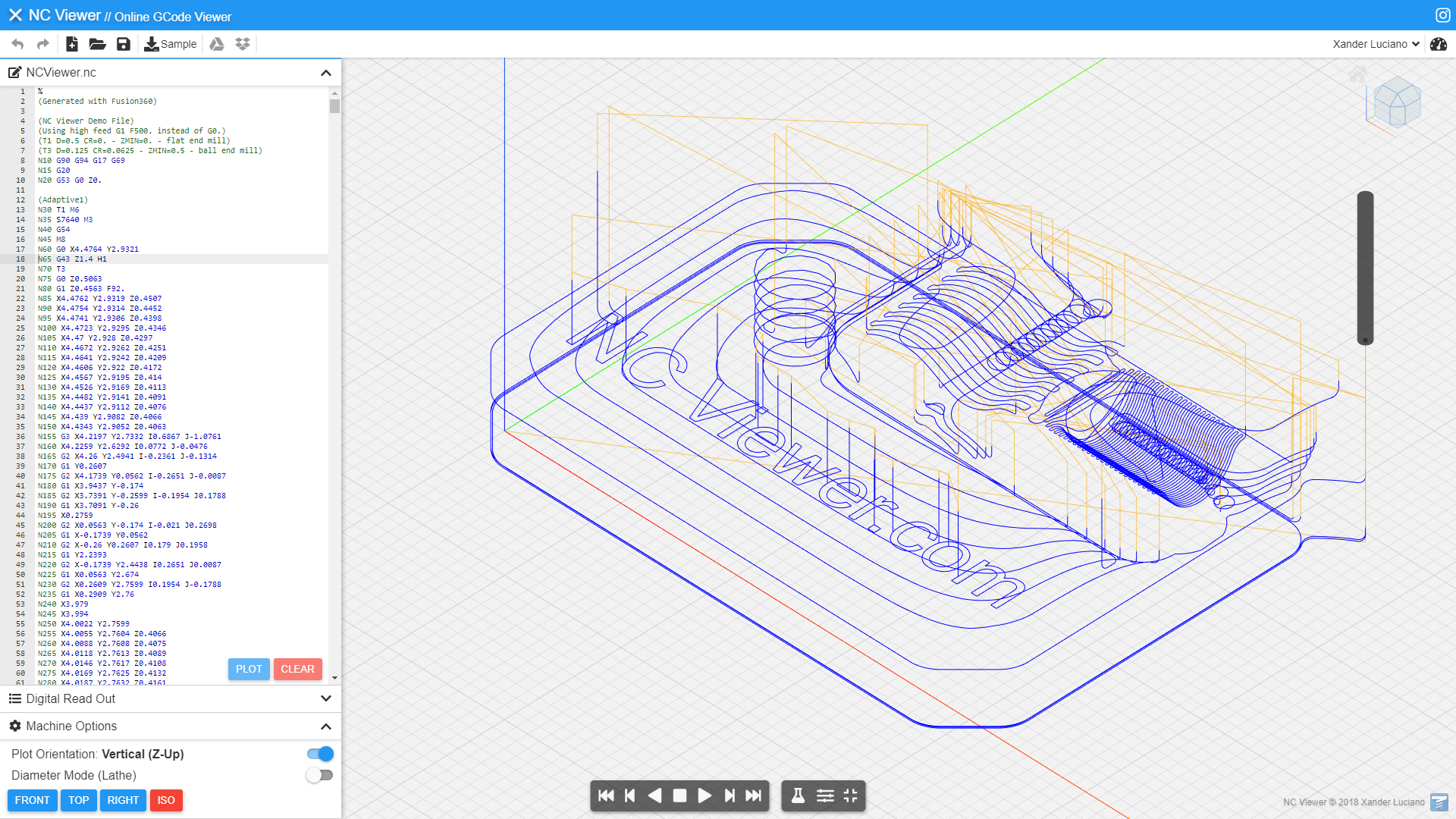 open the NC file both in Notepad ++ to get line numbers, and in Nc Viewer to get a visual representation of where the bit is supposed to be, this has line numbers as well.

Be careful with this, GC seems to ignore the first empty line after a comment line and doesn’t number it.

The above is listed as 5 lines instead of 6.

The above is listed as 6 lines instead of 8.

GC correctly lists this as 4 lines.

I usually try to jump to the last z-axis movement before the line in question and start from there.

Ya I have noticed this as well, it’s usually close though, why i recommended the NC viewer, as you can get pretty close with the line number, then actually find it with the preview. Ya know it would be great if ground control could show the line and perhaps the line above and below it when you are choosing the line number in it without executing the program, is that something that would be easy to add?

if ground control could show the line and perhaps the line above and below it when you are choosing the line number in it without executing the program, is that something that would be easy to add?

The screen is pretty congested already…

No, it’s not that simple, lines early in the file can change how commands later
in the file are interpreted.

for example, the X/Y/Z coordinates can be absolute or relative to the last
position. This can change multiple times in the file, so if you don’t go through
the entire file, you don’t know what is going to happen.

sometimes you can get away with stopping and re-starting, but it’s nowhere close
to reliable unless you really understand the g-code

Ah. GC would have to “simulate” the entire file up to that line, then? Cripes. I wonder if that’s feasible.