After reading this forum topic (Vacuum Sled Experiment) I was inspired into experimenting with a hover add-on for the sled. The concept is very similar to the basic function of an air hockey table, a quick search on youtube revealed multiple diy build videos so the following design was made:

Screenshot 2021-02-20 1945351020×782 156 KB
*this is actually the second design. The first design had an even spread of holes and no slots, but I quickly realised that the most weight will be on the bottom of the sled where the bricks are, so I re-positioned the holes and added the slots to optimize flow

Top and bottom view (yes I know, there’s a chunk missing - its ok, its just a prototype…):

I’ve attached it to the sled so far and tried feeding the blow air from the shop-vac through the top existing hole. It works, BUT, the pressure struggles as-is even without weights

Next step: attach a handheld blower with a speed control and see how it behaves… stay tuned

the fundmental problem with this approach is that the air layer is going to be a
different thickness based on what cut the sled is over, and that will change
your cutting depth.

That is true, however we’re talking very small numbers.
A puck on an air hockey table requires a 0.2mm lift to be considered playable, and personally I feel that is an acceptable loss of Z accuracy for better X and Y calibration.

UPDATE
So I finally got some time to test out the first prototype. Video below:

I am now re-designing the add-on to optimize air-flow and pressure, So far the new design looks something like the image below. More testing will follow

Another quick test to see if friction is actually reduced once the sled is mounted onto the frame:
Youtube: Hover Sled add-on for Maslow M2 - prototype 1 test 2

This looks super promising! I’m excited to see it in action and hear your results.

UPDATE
new design has been finalised and prototype has been made:

This new design maximises airflow and volume, for this reason the sled air inlet will be moved and require some modifications.

Also I have updated to a “bouncy castle” blower, reason being that the small handheld would stay on for only 10 minutes before overheating and smelling like burnt plastic, but this new blower can stay on all day and moves a lot more volume of air (and makes WAY less noise too).

A quick test shows how the airflow improves greatly the sled movement (Apologies for the rough “video production”, but I was in a bit of a hurry).
Vertical movement in the video with airflow off is quite jumpy and jerky in certain spots. Once the airflow is on, the sled movement smooths out. Calibration tests all result to max 1mm accuracy. 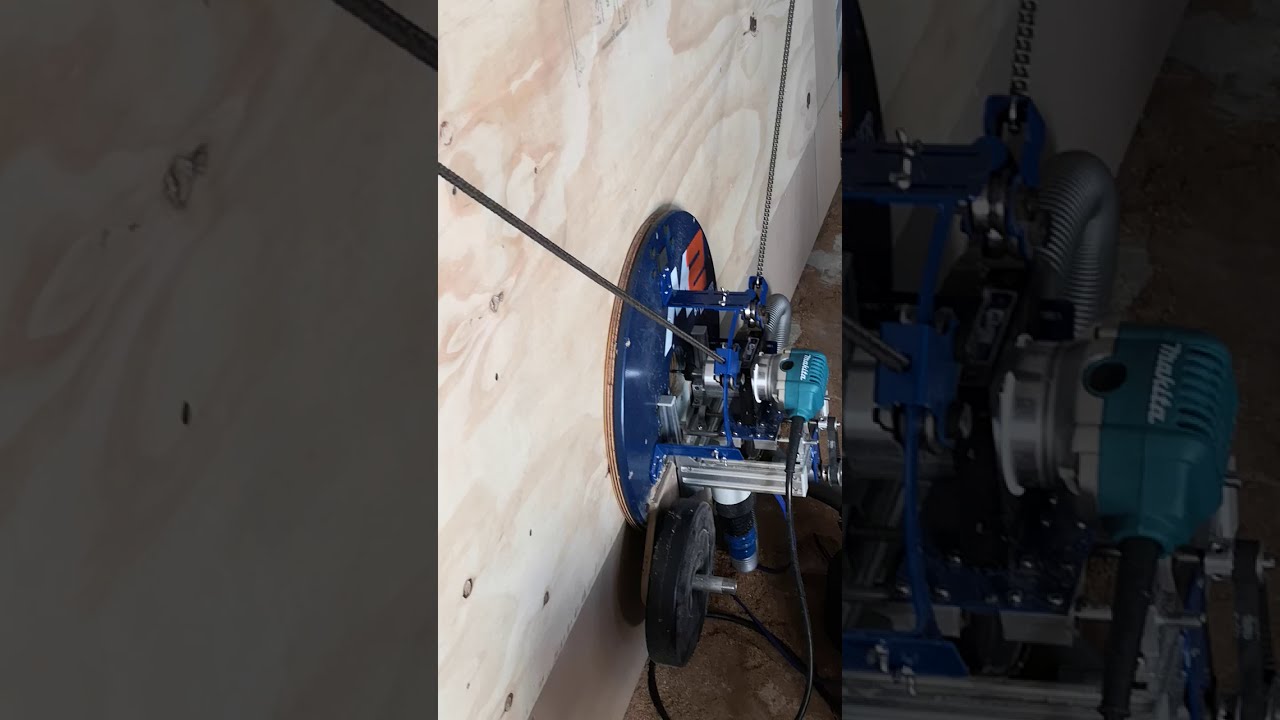 Time to test accuracy with a light pendant project I’ve had in store for a while. Updates to follow

@AlexLikesPizza are you still using this design or abandoned it? How do you handle sawdust and how does the sled act when sliding over pockets and other cuts?