How do I get an svg file into MakerCAM?

How do I get an svg file into MakerCAM?
Your first answer might be to pull down the file tab in makercam and choose open svg file. Then retrieve the svg file from where you saved it. My question is where and how do I get svg files that work in makercam. I have found g-code in community gardens. I have designed something in maker cam with much effort. I also successfully found the sled files with step by step instructions. I would ideally like to have a resource of svg files for the maslow like those vinyl cutters have & would like a design program that isn’t as difficult to draw in as makercam is. There seem to be unnecessary limitations in a program that is meant to do what it is supposed to do. I just really am missing something.

Most people make their own SVGs or find one of something off the Internet. Are you looking for SVG files with toolpaths already included or just the SVG file and you’ll add the toolpaths to it?

I have designed something in maker cam with much effort

Makercam is not very good for designing things. Try a CAD program… Inkscape works, people use FreeCAD, Fusion 360… I tend to use Microsoft Visio because I’ve used it forever in my job. If you haven’t done much CAD work, it will be a big learning curve. Inkscape may be the simpliest (I know Fusion360 is rather advanced). You can also google for “online svg editor”… might find one you like.

If there is something you want to do, post of image of it and maybe we can put together a walkthrough for you. It would be useful for others that are just starting I would imagine.

I believe I know how to do both. I have tried to design in inkscape twice and haven’t been able to pull up the file in makercam. I saved the file as svg. I also have designed, fully, my own simple object in makercam, assigning toolpaths, depths, inside -outside etc. with relative success.
I’m grateful you are familiar with several CAD programs! What would be the simplest and most like paint program? I can rock that!

What would be the simplest

I agree with madgrizzle that Inkscape works and it as simple as it gets. Or try CarbideCreate http://carbide3d.com/carbidecreate/
There is no way around the learning curve. There is no program to my knowledge that you and take a picture and the gcode is created for you. Youtube has tons a videos for whatever you chose to get you started.

CNC is using coordinates to make the cutter follow a path or a line. SVG provides vectors that can be turned into gcode. Paint or photoshop are image programs that do not provide the information needed for gcode.
That said, with svg from the internet there might be allot of clean-up to do before you can turn it into gcode. That brings you back to know your way around in inkscape.

haven’t been able to pull up the file in makercam. I saved the file as svg

Then the task should be to find out why.
If you car does not start, you fix it and don’t just go around looking for a new car.

Edit: Perhaps you could upload a svg that does not load in makercam? Maybe we can find out why.

Uploading the file sounds like a good idea. However I may only be able to copy the picture and paste which wouldn’t help. When opening the file in makercam There is a file menu and I don’t know the forum’s equivalent. Thanks for the car analogy but I guess I’m just aware that I was probably using the trunk key. It’s probably more like the person that doesn’t know how to drive a standard that hopes to find an automatic! 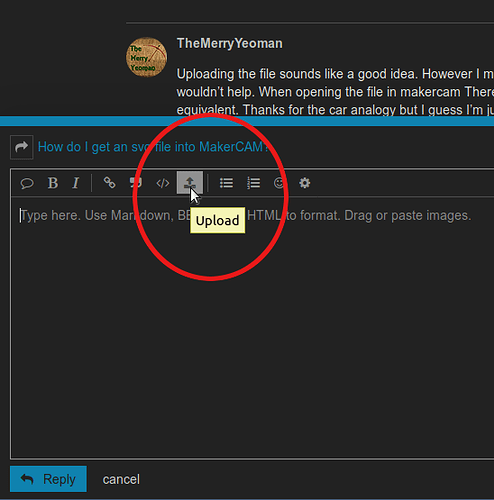 I have tried to design in inkscape twice and haven’t been able to pull up the file in makercam. I saved the file as svg

This is what I’m having a problem understanding. Are you saying that when you save the file as an svg (with an .svg extension) in inkscape, it doesn’t show up in makercam in the directory you saved the file?

No, what happened was I found it and opened it and it wasn’t the picture. It was only a square frame that I planned on being the outside profile cut. That was all. I’ll try to upload tomorrow when I get back to the shop.

Sounds good… just an fyi, the svg must be comprised of paths (lines, circles, squares, curves, etc.) but not of rasters (bitmaps). If the image you did was a raster (like from a paint program) it wont load into makercam. It’ll have to be converted to vector format first.

That’s it then…I got part of the image from copying a picture. however the text that I typed in makercam didn’t transfer either.

I have uploaded the image

Well, text won’t come in either… guess I forgot to mention that one. Everything has to be pure vector format.

And the image you uploaded looks like just a vertical line.

Right. That’s even less than what went into makercam!

email me the file… I’ll pm you an email address

Sounds like @madgrizzle is right about not properly vectorizing before saving as a svg. Check out this tutorial on vectorizing in inkscape and see if you’re indeed following the right steps.

Thank you very much. It’s obvious I can use it.

What happen to the good idea?

This is what I got when I expanded the art board on that svg that you uploaded here:
It looks like a box with a sectional semi-vertical line inside it and 2 points outside the box. 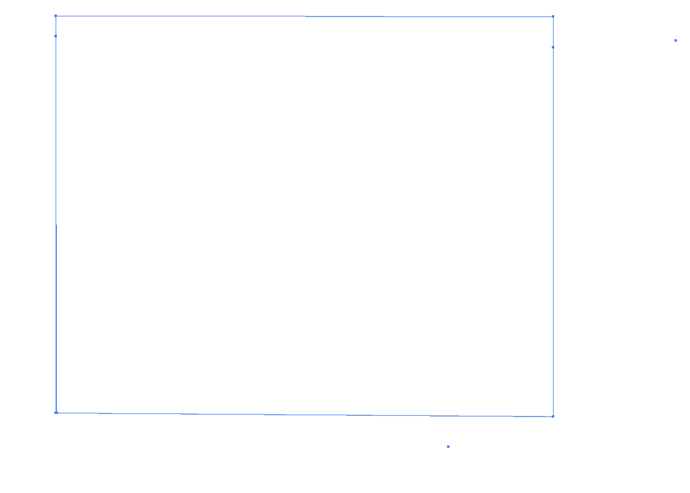 FWW - fills will cause a fail too, cuz a filled circle has a perimeter but no interior. Many SVGs are stacked fills.

Well, text won’t come in either… guess I forgot to mention that one. Everything has to be pure vector format.

Text should be able to be converted from text to paths, i.e. vectors. Look for Path -> Object to Path