Idea for a Geodesic Sphere

The idea is for a really simple way to make a big geodesic structure (for a greenhouse or shade structure, or just for fun)

The idea is a take off on a basic V2 geodesic dome, but instead of straight members between the vertices we can cut arcs so why not make it a sphere. 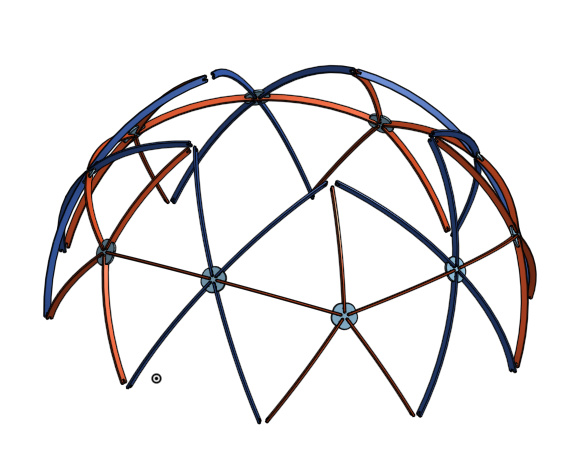 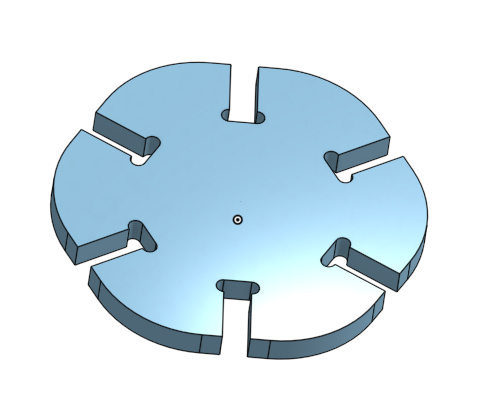 Which inter-mesh with the ends of the struts which look like this:

The parts press together, then get locked in place with a zip tie that passes through the holes in all of the ends of the parts preventing them from being able to back back out: 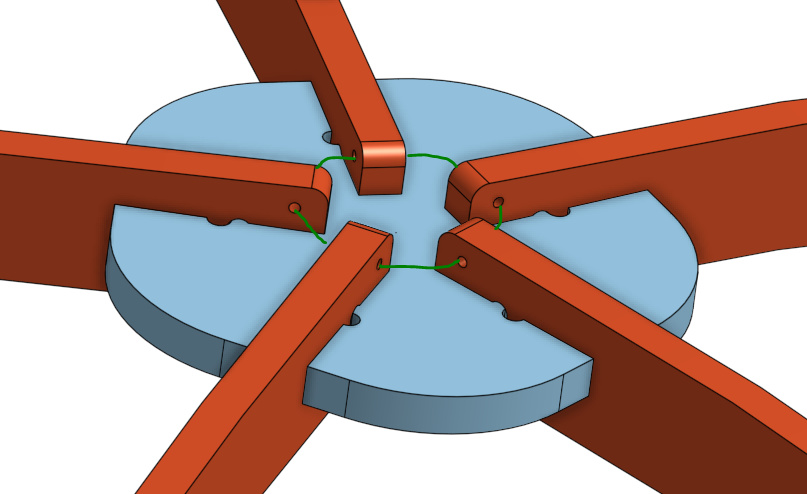 The parts nest almost perfectly so there is fairly little wasted wood and a lot of common cut lines are possible:

Just CAD models to show so far, but I am excited

I like this idea. When I first saw it, I thought, “Wasn’t there one of these in the old forums?” but the curved members makes a more elegant structure.

Why does this raise a Déjà vu?
Perhaps because the IKEA dome was posted in the old forum. 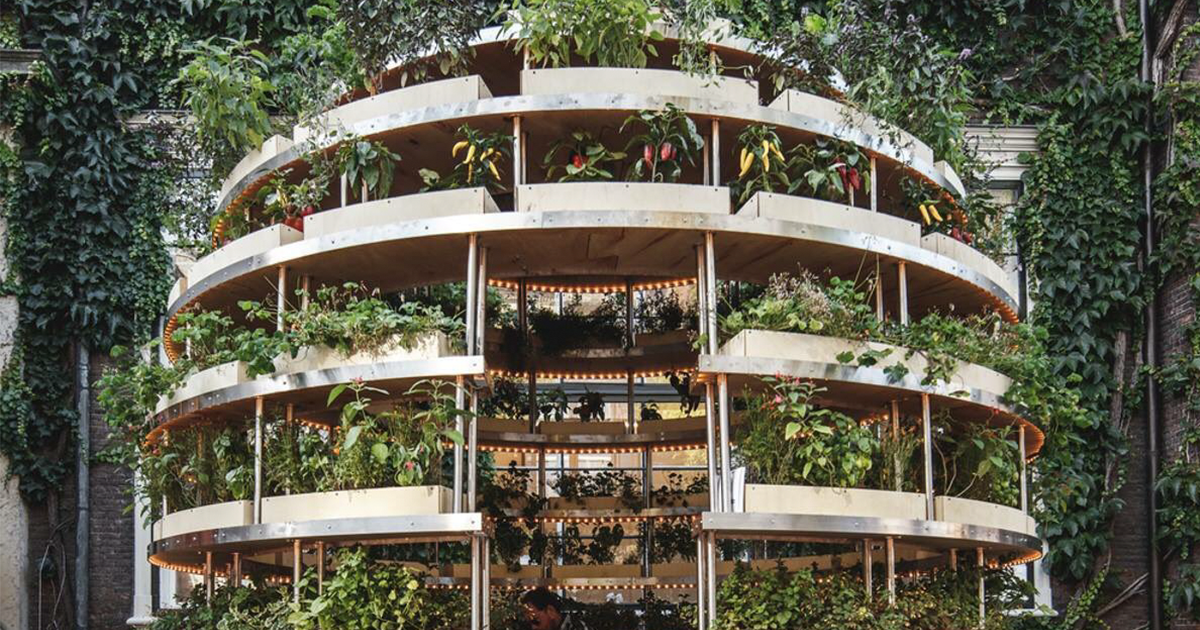 This could possibly be the most amazing indoor gardening structure we've ever seen, and people all over the world are being encouraged to build one.


For the structure of the dome I have searched and found and somewhere on the drives I might find it.
Sadly only copy and paste bad programming structures are available on my side for Arduino till date. The bad code includes temperature via -> One wire <- humidity and light. The PH level sensors are bought and I plan to include a EC (electric conductivity) as a measure of nutrition.
Happy to share the poor things I have.
1 Like
dlang April 14, 2018, 1:05am #4

I am not much help with this type of stuff, but instead of zipties I would use safety wire. Like the kind the use on nuts in the aircraft industry. You basically run a thin, but strong wire through holes and then use a special tool to tighten the wire. I think it will yield better results then a ziptie.

Agree. Zip ties will degrade in sun light and get brittle… I like safety wire. Use pliers to twist or safety wire pliers if you want really clean twists. https://www.amazon.com/OTC-4795-Safety-Twist-Pliers/dp/B00BVL80LI

I would expect that the metal-wood interaction in the weather would cause
problems sooner than plastic-wood.

I agree. If one only needed security and wanted to go with metal wire, stainless MIG wire makes for good tie wire. That being said it’s not an engineered solution.

For temporary or seasonal use, I would still go with UV happy zippy ties. There’s a lot of overlap at the joints so I wouldn’t expect any weirdness.

I agree. If one only needed security and wanted to go with metal wire, stainless MIG wire makes for good tie wire. That being said it’s not an engineered solution

It’s not an engineered solution, true, but a lot of things have to go wrong before a safety-wired joint will fail, and most of them will be very visible, as long as the joint itself is visible.

It’s not an engineered solution, true, but a lot of things have to go wrong before a safety-wired joint will fail,

Sorry misunderstanding. What I meant was stainless MIG wire is not meant to be safety wire. I agree completely that it would take an awful lot for that setup to fail.

I think that the zipties could be cut off when the construction is complete, the weight would hold it together i’d assume.
I would make it a bit higher, not half a sphere, but more like 3/4 of a sphere, that way you have more standing height room.
The reason why most use straight members is to be able to cut some triangles and close the dome. That would be really hard with curved edges.

Interesting note here (well, interesting to me, at least

). At work we had an outdoor test facility that made a lot of noise, and we were getting complaints from the neighbors. It takes an act of Congress to build something as expensive as a building, and I mean that literally. We discovered that we could put up a geodesic dome for much less money and avoid the whole Congress thing, so that’s what we did. A few years later, we wanted to add a microphone array along the ceiling. We had a hard time figuring out if we could do it and how because geodesic domes are designed for uniform loading at all the nodes. Adding a “point load” along a line of nodes was uncharted territory for us and for the folks who built our dome. We eventually did determine that we could do it safely and the microphone array has been working for us for many years.

But then they are visible when you’re inside

Many years back -
i had a set of star plates - https://www.strombergschickens.com/starplate_building_system

I made a set of 2 x 4’s with wing nut assembly it took about an hour to construct and I covered it with a surplus parachute. It provided a party den / shelter for many people coming and going during the night at the old Renaissance Faire. It was said when the winds got up the parachute looked like a floating mushroom head. I put down a few pallets to give a raised floor.

A guy I knew borrowed it for burning man and it has never made it back to me.

I love this project.

what would you cover it with? seems like any plastic material would wrinkle and look like a crumpled piece of paper?

In the great still snow covered moose swamp they cover boats for the winter with a heavy shrinkwrap plastic, which might just work for a dome

Dr. Shrink, Inc. It’s not just for heads anymore (with apologies to those in the mental health profession)

I know lots of people use domes for hammocks at music festivals. Would this support at least 2 hammocks?