Anybody have experience using inventor HSM. I cannot figure out how to cut a radius about the y axis. The part shown is a 10in section of a finger joint box beam I want to make.

I don’t mean this to sound insulting, but I assume that you created the part with a radius? Also, when you say

radius about the y axis

do you mean such that the top edges are rounded? If so, in order to mill a rounded over edge, you’ll want to use a ball end mill to get a good finish.

If you could post just an image of the final part that you are hoping for, that would help.

By radius I just mean there is a curve i cut away from it. I’m fine with the curve having a stepped finish for now. The 2-D tool paths would stop right before the curve and cut it off. I tried 3-D adaptive and it seems to be right but haven’t had a chance to try it out on the maslow. 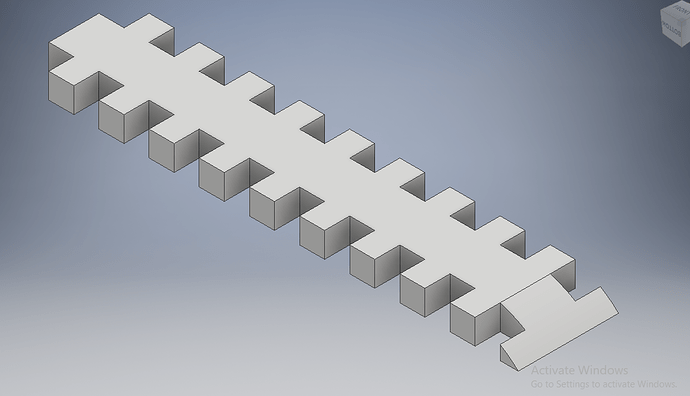 I can upload the .stl later if needed
Any help would be appreciated

Can you also upload the Inventor file. I am using Inventor 2016 if you can save it in that format.

I did take a quick look at the stl last night, but wasn’t realy able to do much with it in inventor. I have not had good luck manipulating stl files in inventor. Any chance you can upload the Inventor part file? I am using Inventor 2016

Here are the original parts before I cut them to 10in long.

what version of inventor are you running?

And could you also post a Step file? I am working with 2016, but apparently there is no way to save a part file to a previous version. A step file should at least import as a solid whereas an STL is just a mesh as I understand it. Either way, I can’t interact with the STL file in inventor