I’ve pretty much finished my maslow, after much procrastination!

I had some issue putting together my frames, while they are identical I’m certain that they ended up a different angle from the original design. Is there a certain angle I should be aiming for? 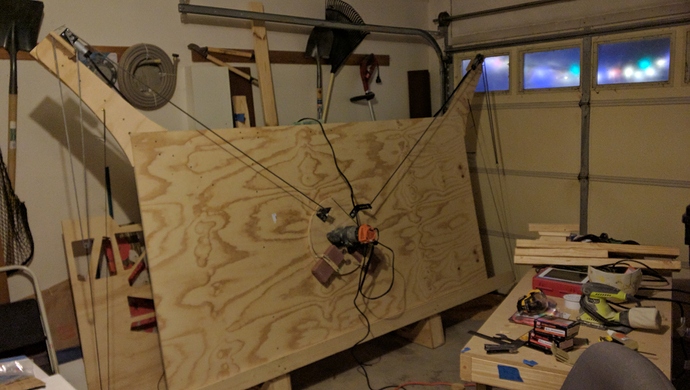 I’ll have to check and see where I ended up. I’m thinking 7-10 degree camp.

Nice build, but that UFO that circles around your house is a bit freightening.

It’s a seasonal UFO, mostly around during the Christmas season.

Going to be cutting out some candy canes with the maslow to put in the front yard as decorations to appease them.