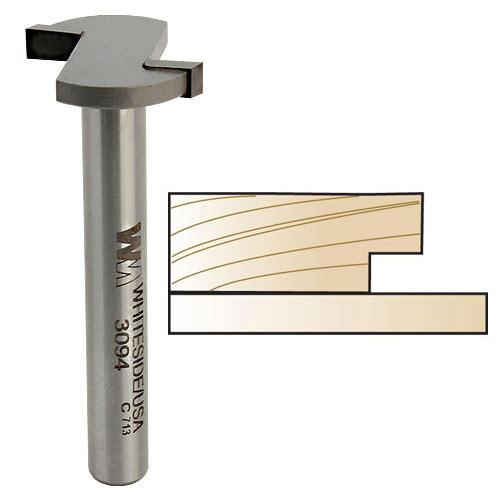 think about ways to add functionality and portability

Smaller and lighter is definitely the next step. The lid of ammo box is an awesome idea. 30 round loader would be too long but 10 round would fit.

Also definitely in on this whenever the files are good to go.

Have you thought about laminating two pieces of thinner wood? This may reduce/eliminate cupping.

That did cross my mind but I was hoping to be able to cut them with the least amount of effort possible. I think I only need a 1 inch actual size plywood for the design but couldn’t find anything that size without a special order. Laminating a 3/4 and 1/2 inch sheet might be the easiest option if I can’t find less cupped wood.

The uncupped wood may cup on its own over time anyway. Kind of a bummer, but that’s how wood do…

I was thinking more like a range box. Something with room for ammo as well as other goodies you would bring to the range. Maybe a spotting scope and some basic tools and cleaning supplies. Extra mags (loaded or not). Spares of necessities for forgetful friends. Those sorts of things.

Or just add a hole to hang it on a hook. Or have the speed loader on one side and something else handy on the other. Or a speed loader for a different caliber or magazine style.

Keep em coming. This is why I love open source. I say we swiss army knife this thing.

Shockingly this topic is pretty controversial

It turns out guns are somewhat of a touchy subject right now.

I’m guessing everyone in this thread has been reading along in the companion thread:

The community garden doesn’t have any rules right now, and that’s by choice. It’s meant to be a space by and for the community and I don’t think I should be the one making the rules. But I do think we should have a conversation about what the rules are. This post is what made me think of it: On the one hand I think people should be allowed to make whatever they want out of wood as long as they aren’t breaking any laws. On the other hand I really really really don’t want to have to spend all…

The more I think about it, the less I want to delete this post even though the OP requested that it be removed. I DO want to make sure that the forums are a place that teachers can send their students for help without worrying about getting in trouble with their schools. I don’t think banning anything related to anything controversial is going to work.

A big part of the issue here I think is that we have folks coming from such different backgrounds. I have literally never seen an AR15 except on the news (and it’s never good news). From doing some research this speed loader thing is just a thing to keep your thumbs from hurting at the end of a day at the shooting range. Incorporating it into a travel case to take to a shooting range makes a lot of sense, and seems like a reasonable thing to want.

Would we be OK with making a couple changes? Namely changing the title to “Magazine re-loader helper” and either removing the gif or showing that before the 3 second reloading of the magazine is a longer process of laying out the bullets in the proper order so that it’s more like a 1 minute process. I think that would help folks understand that this is not a tool that makes reloading easier on your thumb and not a way to shoot faster

Change the tile, remove the pictures with the rounds, show the project. I would bet that just looking at the board, nobody would be able to guess what it is used for. Come to think of it, I think I originally saw one of these posted on Facebook, in a lot more detail.

sure enough, just did a search and 6 different pages came up… So its ok on Facebook, but not here…

I was thinking about asking for help with designing this a couple of months ago and decided against posting it because of the potential controversy it would bring. I could never figure out how to design it and gave up. I’m really hoping this thread is allowed to stay so I can finally try to build this. Thanks everyone for your work!

The uncupped wood may cup on its own over time anyway

I guess I didnt realize that. Is that just from loosing moisture?

Cabinet makers spend a lot of time finding ways to work with and around the ways solid wood acts.

I hadn’t been following along in the community garden thread, but it’s disappointing to me that even in our happy and helpful community here, something like this absolutely harmless item comes under attack.

I’m a Marine Corps veteran, a former police officer/SWAT team member, hunter, responsible and law abiding gun owner, anti-violence, anti-murder, and I think this is a lovely tool to help me enjoy my legal guns when I go about using them legally.

If people want to shout this item down because of their own political beliefs, then this isn’t as accepting and friendly of a community as I thought. I’m OK with anyone who doesn’t want to own or shoot guns… Why aren’t they OK with me wanting to?

I’m a non gun owner who is very sensitive to the horrible tragedies happening in the news. With that said, I see absolutely nothing wrong with a law-abiding gun enthusiast posting something that he’s working on and sharing it with it other law-abiding gun owners. I hate it when 99.9999% of people have to pay for the actions of a few criminals. Think about that the next time you’re standing in the TSA line at the airport…

Hey guys, I appreciate all the positive feedback you have given me on this project but at the moment, I think it would be best if I removed this post until there is a more appropriate platform to post projects such as this. For now, if you want to keep updated on the project send me a private message that way the site can remain kid friendly until we come up with a solution and the people who want to be involved in version 2 still can.

The discssion will need to happen at some point, and mostly the discussion has
been polite and respectful.

sending you a PM.

The only thing worse than censorship is self censorship.

Im really sorry but im new to the forum and I cant figure out how to PM you. Would you be able to PM me? Im interested in the file for this project. Thank You!