Not much of an inspiring project, but I need some practice with designing in Fusion 360 and I could use a pen holder for testing.

I tried the 3D Printed Pen Holder and it worked okay, but I think I messed up the printing.

I made the following one that can be cut on the Maslow. I learned a few things and need to tweak the design a bit, but I should be able to post a final working version for others to use. 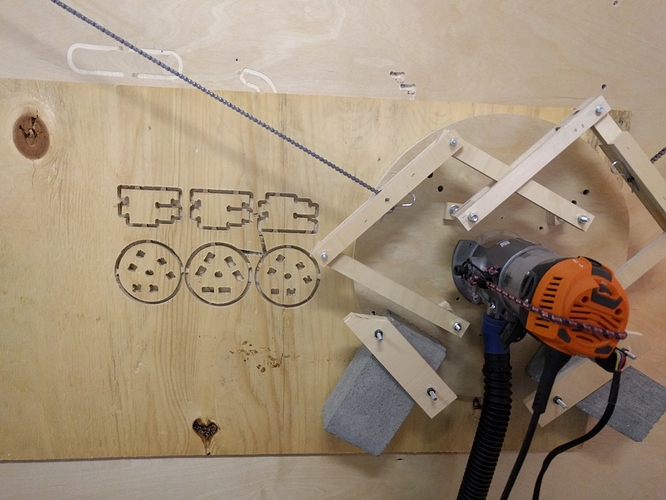 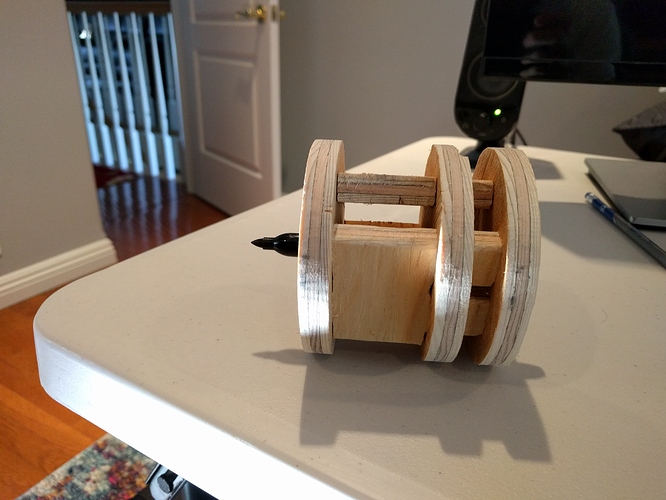 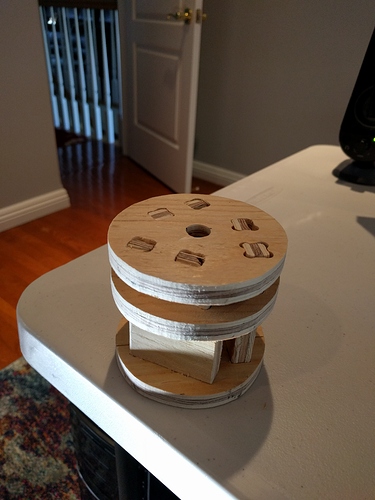 Nice!
Are you using a spring to keep tension?

Gotta ask something due to 20char min

Before the Maslow’s shipped this spring there was some discussion about pen holders on the old forum. I believe the link that was posted for a pre-made solution was this: http://www.widgetworksunlimited.com/CNC_Plotter_Pen_Bit_Thick_Line_p/cnc-pltr_pen_thick.htm

I’m not sure I like the price tag, but the opportunity to add a felt tipped pen (Sharpie??) is pretty neat!

Also, I’m not sure I understand your design. Is this intended to slide right into the Ridgid housing? If so, could it be used with the Z-axis? Pretty neat design.

Yes, it works with the zaxis, and needs a rubber band at the end of the pen to provide some tension. I made an improved and simpler version: 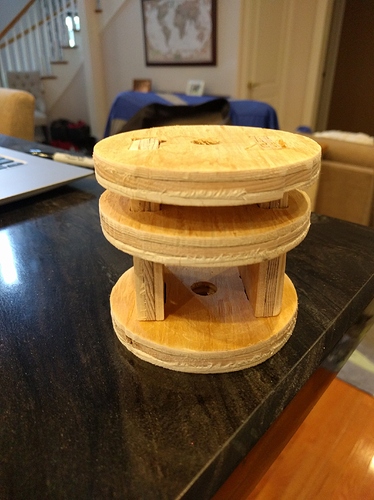 It has one fewer side support and much simpler finger joints. The zaxis fits between the top two pieces and allows it to control the height. It does still need a rubber band. I was just going to attach them using some screws on the top.

The fusion 360 design is here, be sure to look at the user defined variables and at least adjust your stock thickness:

That, sir, is a thing of beauty! I love the idea and will definitely be trying out the design.

Thanks for sharing and keep up the awesome work!

I have been trying to create this and I just found your post. Anyway that you can put this in the community garden with the guide?

Yes by all means.

How about a 3D printed keyless chuck! It would hold different diameter pens/markers! 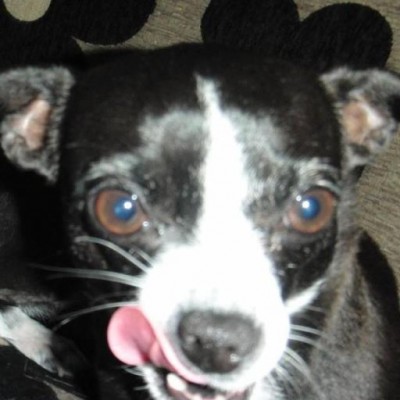 It would require a few modifications: