Mod so sled does not ride on cutting surface

So I have started my first project and it made me wonder if there can be a way to modify the design so that the sled does not have to ride on the cutting surface. This would eliminate the need for an equal thickness border around the perimeter of a project, allow for easier cutting of uneven surfaces (reclaimed wood, etc), and allow for unlimited wells and contouring.

I came up with a simple solution that should not require any tweeking of the software and wanted to run it by the community to see of it is feesable. I am attaching a hand drawing that hopefully makes sense. Please let me know what you think and if you need clarification. Basically I would use two verticle struts that would be a little longer than the work surface. The struts would have wheels at the top and bottom that would allow the struts to glide on a track over the work surface(x axis). The sled would ride in a channel between the struts to allow for y axis movement. 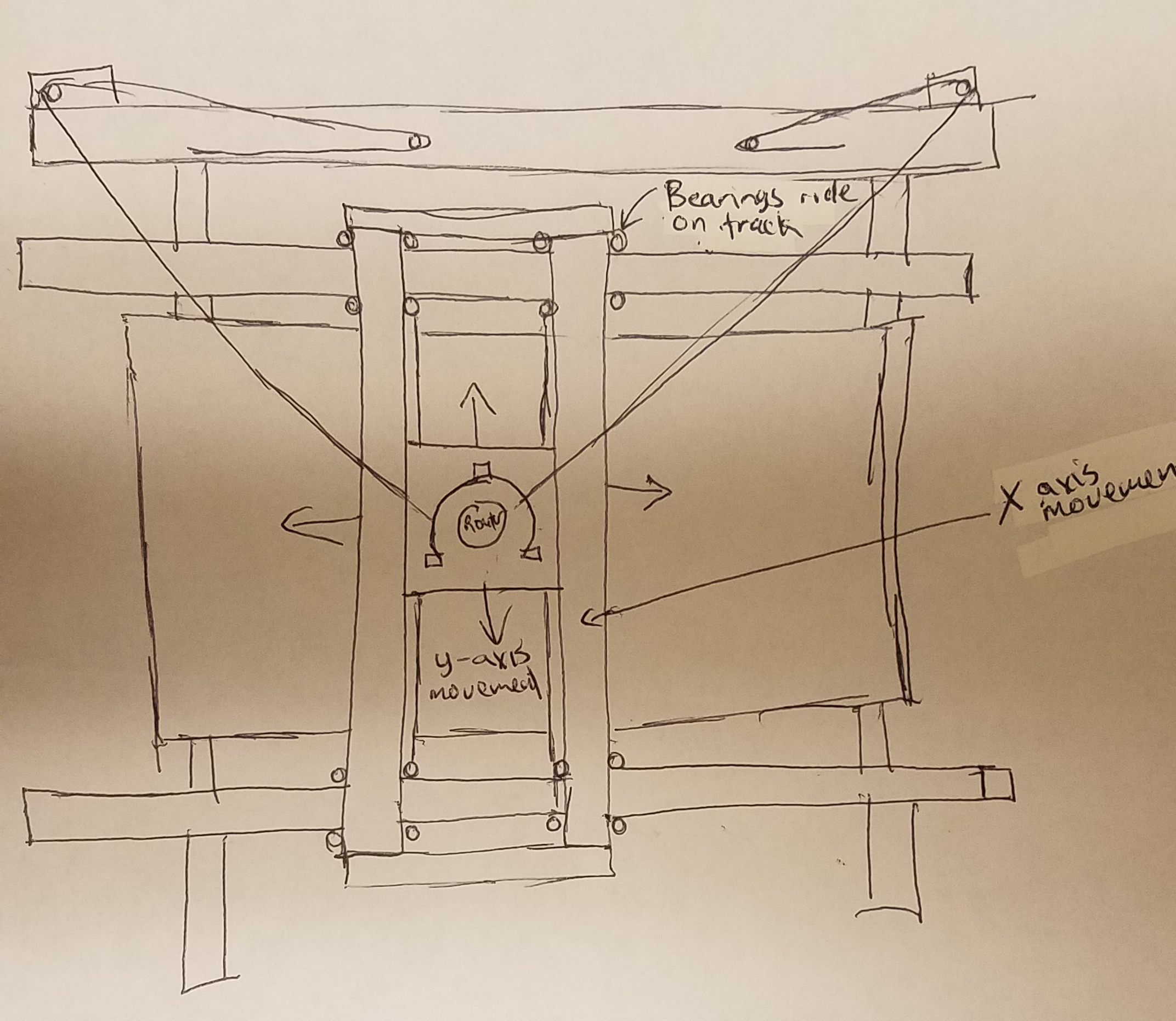 I promise I did not look at the post just before this one. It looks like someone has already done exactly what I was describing. Maslow Marc II 3D.

@Timj , I thought the same thing:
What about a Nick Offerman upgrade?
@bar , I have always told my wife (since I learned of Maslow) that Bar helped manifest what I was believing for. I had designed something similar to Maslow on paper much like Timj’s drawing! Maybe I’ll look for that again

Thanks. I saw that right after I posted. Looks like it is working well for him. Now that I saw that my 2x4 frame looks very puny.